Founding of Pennsylvania and the United States

Founding of Pennsylvania and the United States 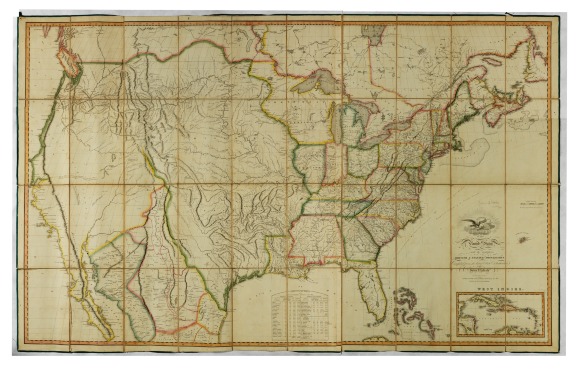 HSP offers outstanding holdings on the formation of the Commonwealth of Pennsylvania as well as the creation of the American republic, including the papers of William Penn, Benjamin Franklin, Continental Congress President Henry Laurens, and many more, as well as drafts of the U.S. Constitution and other treasures.

The following is a sampling of our most notable collections on this topic. Please refer to our online catalog, Discover.hsp.org, for more information about our books, images, journals, manuscripts, maps, and other items in our collection. You can also contact a Reference Librarian for further assistance.

HSP holds the largest assemblage of William Penn materials, many of which are in the Penn family papers and Penn-Forbes papers. Other notable collections include the papers of the Logan, Cadwalader, Drinker, Jacobs, Lardner, and Norris families.

There are extensive early grants, deeds, and maps, a sampling of which have been digitized and are available on DigitalLibrary.hsp.org. The Kirk Brown collection of early Maryland and Pennsylvania surveys and the papers of George Churchman, the Lightfoot family, Jacob and Isaac Taylor include many early Pennsylvania land surveys. Researchers might also be interested in exploring various early records from Chester, Lancaster, Northampton, and Northumberland counties for other early land surveys. The Mason-Dixon Line papers and the Chew family papers document the 18th-century project to survey the Pennsylvania-Maryland boundary.

Notable collections documenting the creation of the American republic include the papers of Benjamin Franklin, Continental Congress President Henry Laurens, John Dickenson (in the R. R. Logan collection of John Dickenson papers), Charles Thomson, and George Clymer. The writings of Eliza Farmer, William Strahan, John Warder, and James Allen include extensive commentary on political events before, during, and after the American Revolution.

HSP’s holdings include the first and second drafts of the U.S. Constitution (in the James Wilson papers), as well as a 1765 Non-Importation Resolution signed by Philadelphia citizens protesting British taxes and the only known original printer’s proof of the Declaration of Independence.

On the military aspects of the Revolutionary War, see HSP's guide to Military Records, Military History and Wars. On politics in the early republic, see the guide to Politics and Government.