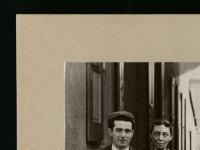 In the 19th century, both Southwark and Kensington became home to large Irish communities. The Kensington neighborhood was also home to American-born, mostly Protestant workers, and artisans. In 1844, the Protestant “native” Americans and the Catholic Irish immigrants of Kensington clashed violently for three days during the infamous “Bible Riots.”

The Irish were one of the largest immigrant groups to settle in 19th-century North Philadelphia, and their numbers increased after Ireland’s famine exodus of the late 1840s. Economic insecurity, coupled with rapid mechanization of many crafts and trades, created uneasiness and resentment on the part of the native-born population. Anti-immigrant American-born Protestant Anglos portrayed themselves as “native” Americans in contrast to the “invading” Irish foreigners. The “nativists” accused the Irish of isolating themselves from the larger society and being unwilling to assimilate. The nativists were especially agitated by the perceived role of the Catholic Church in the lives and politics of the Irish, convinced that Irish Catholics followed the directives of the pope in Rome.

In May 1844, the tensions came to a head in Kensington’s Nanny Goat Market with a violent nativist Irish clash that lasted for three days. The immediate cause of the riots of 1844 stemmed from Catholic opposition to the exclusive use of the Protestant Bible in the public schools. The Bible controversy galvanized the nativists’ political arm, the American Republican Party, and on May 6, 1844, they deliberately staged a political rally directly across from the Nanny Goat Market, an essential hub of Irish community life.

As tensions rose, violence erupted and shots were fired, probably from both sides. It was rumored that some Irish armed themselves in advance of the planned rally and had stored their guns in the Hibernia Hose building, the local Irish American volunteer firehouse next to the market.  Nativists attacked the firehouse, attempted to commandeer a hose carriage, and eventually burnt the structure down. For three days nativists looted and destroyed Irish homes. In North Philadelphia, St. Michael’s and St. Augustine’s were burned to the ground. After three days, with scores of people wounded and the neighborhood in flames, the state militia finally arrived to restore order. But just weeks later, in July, another three days of public violence erupted in Southwark when nativists staged an anti-immigrant parade in the Irish neighborhood around the Church of St. Philip Neri at Second and Queen Streets.

The bloody summer of 1844 resulted in at least 20 dead and more than 100 injured, and had several long-lasting effects on Philadelphia, including  laying the groundwork for the Catholic school system, highlighting the need for a unified police force and a paid fire department, and intensifying the political pressure to consolidate the outlying industrial districts of Philadelphia County.

How does continuity and change within Pennsylvania history influence your community today?
How has social disagreement and collaboration been beneficial to Pennsylvania society?

• Textual evidence, material artifacts, the built environment, and historic sites are central to understanding the history of Pennsylvania.
• Conflict and cooperation among social groups, organizations, and nation-states are critical to comprehending society in Pennsylvania. Domestic instability, ethnic and racial relations, labor relation, immigration, and wars and revolutions are examples of social disagreement and collaboration.

Have the students connect the events in the lesson plan to the present by asking how immigration is portrayed in the media today. How does the media cover issues surrounding immigration across the southern US border? Lastly, have students find a recent news story about immigration and analyze how the immigrants are portrayed.

This unit was created by Eden Heller, Haverford Hurford Center for Arts and Humanities summer intern for the fall 2014 issue of Pennsylvania Legacies.  She based her unit upon two others:  Irish Immigration by Kathryn Wilson and Jennifer Coval and Exploring Nativism in Pennsylvania by Kathryn Wilson.