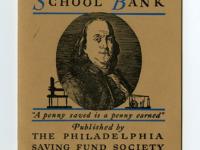 The reform movements of the late 19th and early 20th centuries have great relevance to modern America, especially with respect to poverty and its attendant social problems. Then, as now, a growing wealth gap created pockets of severe poverty and large-scale unemployment, which endangered health and contributed to deficiencies in education and literacy. Concerns in the prewar industrial era over what many perceived to be an epidemic of alcoholism and violence echo in concerns over drugs and violence in our neighborhoods today.

One group of reform crusaders from the turn of the century begs closer inspection in applying the historical lessons of a hundred years past. The temperance movement, comprised primarily of women, sought to correct a myriad of social ills, particularly in cities, with one broad stroke. These women not only lobbied for legislation banning the sale and consumption of alcohol, but they also worked directly in the neighborhoods they felt were most negatively affected by the evils of alcohol, setting up social relief and education programs and even taking such drastic measures as raiding bar rooms and destroying the alcohol inside.

Today, we tend to think of temperance reformers as old-fashioned, uptight spinsters, even quixotic in their efforts, particularly with the hindsight of the Prohibition era. However, these women were seeking to improve American society, and their vast array of sub-committees and practical programs shows that they were extremely organized, attacking the social problems of the day on several fronts.

The temperance program highlighted by this primary source activity promoted the practice of thrift as a means not only to fight against intemperance, but to put into place a system that would teach financial education and personal responsibility. Sarah Oberholtzer, a member of the Women’s Christian Temperance Union, championed a system of school savings banks. These banks were set up inside of public schools, and children deposited very small sums on a weekly basis. The results, as described by Andrew Yarrow’s article, were astounding. Throughout the 1910s, Oberholtzer annually published testimony from participating teachers, administrators, and sponsoring bankers nationwide to advertise the effectiveness of the school savings banks.

These banks were credited as “a great help to families in time of sickness or when the heads of the family have been thrown out of work.” They contributed to “the disappearance of the cheap sweets which kept the children in a state of physical ferment” and caused students to give up “the use of cigarettes to put the money into the Savings Bank.” Moreover, they advocates believed that they instilled students with responsible values such as self-denial, future-thinking, and thrift.

How can the story of another American, past or present, influence your life?
How does continuity and change within the United States history influence your community today?

Have students write a newspaper editorial encouraging fellow students to be thrifty and explaining the historical importance of thrift.

Bernadette McHenry prepared this plan for Pennsylvania Legacies: The Value of Thrift, Volume 12, no. 2, November 2012. She teaches US History, African American History, and Civics and Economics at Bartram High School in Southwest Philadelphia and developed this unit plan as her final project for the  2012 Franklin's Thrift  Summer Teacher Institute.