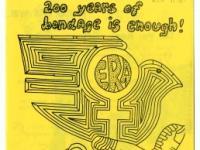 This unit examines the struggle women endured economically, politically, and socially in the United States during the nineteenth and twentieth century. Through the analysis of the Hucksters' Petition, National Woman Suffrage Association's Constitution, and the Equal Rights Amendment brochure, students will understand the struggle women encountered in their fight to obtain economic and political rights.

The Women Hucksters' Petition is an early attempt for poor workingwomen to gain economic and social recognition in the markets of Philadelphia. The petition sought redress through the political process; this tradition would be followed by other groups trying to gain voting rights and, ultimately, full equality.

The Constitution of the National Woman Suffrage Association clarifies the aims and membership requirements women must fulfill in order to join. The Constitution demands state and national voting rights for women, as well as the organizational leadership of its president, Susan B. Anthony, and vice presidents such as Lucretia Mott.

The Equal Rights Amendment brochure, in a similar fashion to the National Woman Suffrage Association Constitution, clarifies this position against rumors and misconceptions. The ERA brochure further reassures Americans of the benefits society would gain through successfully passing this amendment. The amendment was backed by both political parties and several American presidents.

After carefully reading the three documents, students should have an understanding of the constant conflict these organizations encountered in their struggle for equality.

Perspective on Events
US History

How does continuity and change within the United States history influence your community today?
How has social disagreement and collaboration been beneficial to American society?

The unit and lesson plan are a part of Preserving American Freedom, which presents and interprets fifty of the treasured documents within the vast catalog of the Historical Society of Pennsylvania. In this project, documents are digitized with transcriptions and annotations, as well as with other user-friendly elements, that will help both teachers and students to better understand the materials in the lesson.

The Encyclopedia of Greater Philadelphia has several essays on various people, events, and organizations that played a role in the history of Philadelphia, Pennsylvania, and the United States.

The Historical Society of Pennsylvania has many different collections that are associated with the Women's Rights Movement, two in particular that may provide some background information are the Caroline Katzenstein papers and the correspondence of Dora Kelly Lewis.

A variety of traditional assessment styles can be applied to these readings. Traditional assessments can include a variety of quizzes (multiple choice or fill in), an essay, or a short paper highlighting all three documents. To fulfill writing core standard CC.8.6.11-12.A, a possible essay prompt could be: Incorporating evidence from all three documents as well as knowledge of current events, write a brief essay answering the question: How has the struggle for gender equality changed in the last 200 years? Discuss similarities or differences between women's rights struggles in the 19th century, 20th century, and today.

Primary sources may also be incorporated into a larger paper, student presentation, or class discussion led by student based questions. An alternative for those students who are unfamiliar with primary sources may be assessing notes taken during the reading to be used later as an open-notebook quiz.

The Freedom Teacher Fellow was funded through a Bank of America grant for the digital history project Preserving American Freedom.

This unit was created by David Reader, HSP's Freedom Teacher Fellow in the summer of 2012.  David is a social studies teacher at Camden Catholic High School.