Pennhurst and the Struggle for Disability Rights: A Commemoration

Home › Calendar › Pennhurst and the Struggle for Disability Rights: A Commemoration

Pennhurst and the Struggle for Disability Rights: A Commemoration 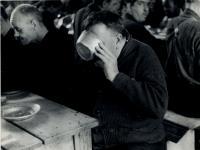 This program commemorates the 30th anniversary of the closing of Pennhurst State School and Hospital (November 1987), a state-funded and managed institution for persons with intellectual and developmental disabilities.  In the age of eugenics, Pennhurst was imagined as a model facility, and a solution to the problem of hereditary 'feeblemindedness.'  Instead it became a nightmare institution where exploitation, abuse, and medical experimentation were commonplace.  Over eight decades (1908-1987), more than 10,600 citizens were incarcerated at Pennhurst.

As public controversy swirled and the federal courts intervened, Pennhurst became the epicenter of the disability civil rights movement in America.  A panel of participant-experts will lead a discussion of Pennhurst's place in the history of disability rights and public policy.  Each participant is affiliated with the Pennhurst Memorial and Preservation Alliance.  A display detailing Pennhurst's history will also be available to view.

Speaker's Bios: Jean M. Searle is an award-winning self-advocate and co-president of the Pennhurst Memorial and Preservation Alliance.  She is employed by the Disability Rights Network of Pennsylvania and sits on numerous advocacy boards.

Dennis B. Downey, PhD is professor of history at Millersville University.  Past President of the Pennsylvania Historical Association, he has authored or edited a half-dozen books and is currently completing (with James Conroy) Between History and Hope: Pennhurst and the Struggle for Disability Rights (under contract, Penn State Press).

Bill Baldini is the award-winning Philadelphia investigative journalist whose 1968 reporting on Pennhurst (“Suffer the Little Children”) exposed the cycle of institutional neglect and abuse that eventually contributed to Pennhurst’s closing.  Baldini’s five-part investigation remains one of the most memorable documentaries in Philadelphia broadcast history.

Judith Gran, Esq. is a partner in the law firm Reisman Carolla Gran LLP, specializing in disability law.  She has a national practice focused on disability rights and has represented clients in more than a half dozen states in disputes over inclusion and community service plans.  She represented the ARC of Pennsylvania and the plaintiff class in Halderman v. Pennhurst.

Mark Friedman, PhD is a professor and advocate for disability rights, and is CEO of Blue Fire Consulting.  He was a founder and subsequent state chairman of Speaking for Ourselves, a national self-advocacy organization.  The former director of the Middle Tennessee Advocacy Center, Friedman assisted in implementing the Pennhurst court decree.

James Conroy, PhD is a medical sociologist and served as principal investigator and author of the Pennhurst Longitudinal Study.  The author of scores of articles and several books, Conroy is PMPA co-president and CEO of the Center for Outcome Analysis and consults nationally and internationally on the process of deinstitutionalization and client rights.