About the PAS Papers

About the PAS Papers 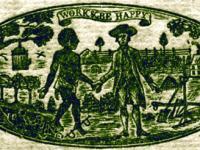 The Pennsylvania Abolition Society was founded in 1775 at the Rising Sun Tavern in Philadelphia, as a Society for the “Relief for Free Negroes unlawfully held in Bondage.”  Its mission was later expanded in the 1780s to include “improving the Condition of the African Race.” For the founders, this primarily meant offering jobs and education to black youth, whether escaped slaves from the South or native Philadelphians.

The Papers of the PAS at HSP cover the period 1775 to 1975 and represent an extremely rich documentation of the workings of the abolition and anti-slavery movements as well as the Underground Railroad. A large part of the collection concerns the records of the Society general meeting and various committees, financial papers, minutes, and legal papers related to cases taken on by the PAS. In addition, the Society’s efforts to document and assist the free black community are represented in censuses and studies and the papers of the several PAS education boards and associations, including the Clarkson Institute.

The PAS Papers were deposited at HSP primarily during the early 20th century. The Pennsylvania Abolition Society is still an active organization today and continues its educational mission by supporting projects such as this digital archive project.

The original project was made possible with generous support from the Pennsylvania Abolition Society, the National Underground Railroad Network to Freedom, the Lindback Foundation, and the Pennsylvania Department of Education.

More about the Pennsylvania Abolition Society

"The PAS and American Abolitionism: A Century of Activism from the American Revolutionary Era to the Civil War," by Richard Newman (pdf)

The PAS in Context: A Timeline (pdf)