Exploring the Country, Continent and World

Exploring the Country, Continent and World 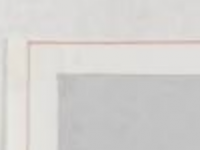 Click each name below to find a list of sources available from HSP's collection.All of these sources can be found by using Discover (online catalog) and the Digital Library.

New to using HSP's Catalog & Research Tools?  Check out our Researching the Collection Online for Students page for information on how to use Discover (online catalog) and the Digital Library., grand tour, description and travel--19th century

-Henry Grier Bryant was a notable explorer of the Arctic (Alaska, Canada, Greenland)

-He was President of the Geographical Society of Philadelphia, the Association of American Geographers, the American Alpin Club, and the Contemporary Club.

-Elisha Kent Kane was an American explorer of the Arctic who began his career as a medical officer in the United States Navy during the first half of the 19th century.

-Kane was a member of two Arctic expeditions to rescue the explorer Sir John Franklin in 1850-1851.

-While searching for Franklin, Kane discovered the Humboldt Glacier and mapped the Smith Sound, to be later traversed by Robert Peary’s expedition.

-John was a founder of the American Philosophical Society, a naturalist who studied botany and horticulture.

-William was John's son, and also trained to be a naturalist like his father.

-John and William explored the North American Continent, individually and together, collecting plant specimens and recording their interactions with Native Americans at the same time.

-Taking a “Grand Tour of Europe” was common practice for young, wealthy men, and even some women, from the 1600s through the mid-1800s.

-Such travel excursions sometimes even included areas in the Middle East, Africa, or the Far East.

-Many “Grand Tour” travelers kept records of their trips in journals or diaries noting their experiences seeing new things or meeting new people.