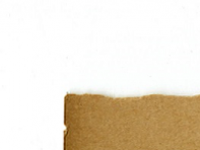 -Herbert Welsh, founder of the Indian Rights Association,  took on other social causes, such as publicly calling for the support of Americans in the United States' efforts to help the Armenian people.

-1915 marks the date associated with the massacre of Armenian populations living in the Turkish Ottoman Empire during the 1800s and early 1900s.

-In Philadelphia, the Knights of Vartan formed in 1916 as a fraternal organization honoring the heritage of Armenians.

-During the 1700s and 1800s,  the Barbary Pirates, a group operating out of North Africa, took captive many U.S. merchant ships in hopes of a large ransom from the government for their return.

-Richard O'Brien is just one U.S. citizen who was captured by the Barbary pirates in 1785 while commanding the ship Dauphin.

-O’Brien recorded his experiences on the African continent in his correspondences with other American officials and personal journals.

-After coming back the U.S., O'Brien returned to North Africa, using his knowledge of the area to act as a Consul to Algiers.

-The United States hosted the World's Fair in 1876, naming it the Centennial Exhibition in honor of the 100 year anniversary since the country’s Declaration of Independence.

-The event lasted 6 months and took place in Fairmount park, with many new buildings constructed to hold the exhibits.

-Countries from across the globe sent representatives, exhibits, and objects of cultural interest to be put on display.

-Material remaining from the Centennial Exhibition can tell researchers not only what types of cultures or countries a visitor may have discovered, but also the effect of the event on the city of Philadelphia.

-Edith Madeira kept letters and a scrapbook of her time serving as a nurse for the American Red Cross, in Palestine during World War I.

-She served the war effort by joining the American Red Cross Commission to Palestine, providing health and social services to refugees in the Middle East.

-Her collection of papers and photographs shows the different places she traveled in the Middle East, surrounding Palestine, through her work with the American Red Cross.