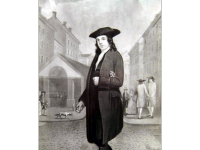 Directions: The following question requires that all students compose an essay based on the documents below and knowledge obtained through various sources.

Question: In 1780 Pennsylvania passed the first law for the gradual abolition of slavery in colonial America. The controversial law sparked a lasting debate between a growing number of citizens against the institution of slavery and those who preferred the status quo prior to 1780. Examine the origins and complexities of instituting such a divisive law in 1780.

Source: John Dickinson’s Manumission of His Slaves, May 12, 1777

To all Christian People to whom these Recents shall come, I John Dickinson of Tavishill in the Northern Liberties of Philadelphia in Pennsylvania …  whereas I desire to prevent a Continuance of Slavery, now know ye, that on condition that each of the said Negros and each and every other Negro belonging to Me, if any there be, whose name is above omitted, respectively shall honestly diligently and faithfully serve and obey Me my Executors Administration and Assign for and during the Term of twenty one years from the Date hereof, I do manumit set free and discharge from all further servitude each of the said Negros who shall have served as aforesaid for and during the Term aforesaid…

Source: The Constitution of the Pennsylvania Society, for Promoting the Abolition of Slavery, and the Relief of Free Negroes, Unlawfully Held in Bondage, 1787

It having pleased the Creator of the world, to make of one flesh, all the children of men—it becomes them to consult and promote each other's happiness, as members of the same family, however diversified they may be, by colour, situation, religion, or different states of society. It is more especially the duty of those persons, who profess to maintain for themselves the rights of human nature, and who acknowledge the obligations of Christianity, to use such means as are in their power, to extend the blessings of freedom to every part of the human race; and in a more particular manner, to such of their fellow-creatures, as are entitled to freedom by the laws and constitutions of any of the United States, and who, notwithstanding, are maintained in bondage, by fraud or violence.—From a full conviction of the truth and obligation of these principles—from a desire to diffuse them, wherever the miseries and vices of slavery exist, and in humble confidence of the favour and support of the Father of Mankind, the subscribers have associated themselves under the title of the "Pennsylvania Society for promoting the abolition of slavery, and the relief of free Negroes unlawfully held in bondage."
The Present Officers of the Society
President:
Benjamin Franklin

Source: An ACT for the gradual Abolition of Slavery, 1780

Source: An ACT to give Relief to certain Persons taking Refuge in this State, with Respect to their Slaves, 1781

Section I. Whereas many virtuous citizens of America, and inhabitants of states that have been invaded, are obliged by the power of the enemy, to take refuge in this state. And whereas it is just and necessary that the property of such persons should be protected.
Section II. Be it therefore enacted, and it is hereby enacted, by the representatives of the freemen of the commonwealth of Pennsylvania, … That all and every person and persons, under the above description, now residing in this state, or who hereafter may be in like circumstances, shall retain, possess and hold their slaves; any thing in the "Act for the gradual abolition of slavery," passed the first day of March, one thousand seven hundred and eighty, to the contrary notwithstanding.
Section III. Provided always, That the owner or owners of such slaves, … shall, in six months from the passing of this act, or in six months after their arrival in this state, as the case may be, register said slaves in manner…

Ann or nanny, a negro woman held as a Slave by Jonathan Stoddard, was born of free Parents; Job Carr of this Town between 30 & 40 years since, by his will freed the Parents of this woman, they took their liberty accordingly, which was never after called in Question by any of the Carr Family, and in about four years after their Freedom, they had this Daughter, who also was considered free, and not molested by any of the Family, till about two years Time, when she fell Sick, the overseers of the poor of this Town called upon the Carr Family to support her, and that Family sold her as a Slave for twenty dollars; She has two Sons of about 13 to 16 years of Age, whome the Carr Family took into Possession about the same time, and I am informed holds as Slaves. She is a healthy Strong negro woman, and capable of getting her living

Isaac a negro man held as a Slave by Robert Stevens; He was a Sailor in a merchant vessel from Jamaica bound to New York in the late war, and taken by a Privateer of this Town and brought in here and sold as a Slave, I understand he had a paper, purporting that he was a free man, which he showed to Chris Ellery, who was then Commissary of Prisoners and part owner of the Privateer, which paper he kept & the negro never could get again. This Acct. I have from William Langley who was one of the owners of the Privateer and opposed to the selling of the negro.

From a persuasion that equal liberty was originally the Portion, & is still the Birthright of all men, & influenced by the strong ties of Humanity & the Principles of their Institution, your Memorialists conceive themselves bound to use all justifiable endeavors to loosen the bonds of Slavery & promote a general Enjoyment of the blessings of Freedom. Under these Impressions they earnestly entreat your serious attention to the Subject of Slavery, that you will be pleased to countenance the Restoration of liberty to those unhappy Men, who alone in this land of Freedom are groaning in Servile Subjection, that you will devise means for removing this Inconsistency from the Character of the American People—that you will promote Mercy & Justice towards this distressed Race, & that you will step to the very verge of the Powers vested in you, for discouraging every Species of Traffick in the Persons of our fellow Men—
Philada Feby 3 1790
Benjn Franklin President

Source: Appeal of Forty Thousand Citizens, Threatened with Disfranchisement, to the People of Pennsylvania, March 14, 1838

We do not believe our disfranchisement would have been proposed, but for the desire which is felt by political aspirants to gain the favor of the slave-holding States. This is not the first time that northern statesmen have “bowed the knee to the dark spirit of slavery,” but it is the first time that they have bowed so low! Is Pennsylvania, which abolished slavery in 1780, and enfranchised her tax-paying colored citizens in 1790, now, in 1838, to get upon her knees and repent of her humanity, to gratify those who disgrace the very name of American Liberty, by holding our brethren as goods and chattels? We freely acknowledge our brotherhood to the slave, and our interest in his welfare. Is this a crime for which we should be ignominiously punished? The very fact that we are deeply interested for our kindred in bonds, shows that we are the right sort of stuff to make good citizens of.