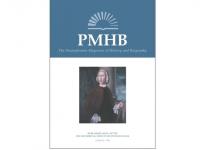 William Penn and the Origins of Judicial Tenure during Good Behavior
by Scott D. Gerber

The Ambitions of William Henry
by Scott Paul Gordon

Sundue, Industrious in Their Stations: Young People at Work in Urban America, 1720–1810
by James D. Schmidt

Sadosky, Revolutionary Negotiations: Indians, Empires, and Diplomats in the Founding of America
by Laura Keenan Spero

Rozbicki, Culture and Liberty in the Age of the American Revolution
by Sandra Moats

Dull, Benjamin Franklin and the American Revolution
by Christopher Pearl

Nagy, Spies in the Continental Capital: Espionage across Pennsylvania during the American Revolution
by Robert F. Smith

Haulman, The Politics of Fashion in Eighteenth-Century America
by Ellen Hartigan-O’Connor

Goldstein, Stephen Girard’s Trade with China, 1787–1824: The Norms versus the Profits of Trade
by Brenna O’Rourke Holland

Tomek, Colonization and Its Discontents: Emancipation, Emigration, and Antislavery in Antebellum Pennsylvania
by Erica Armstrong Dunbar

Marten, Sing Not War: The Lives of Union and Confederate Veterans in Gilded Age America
by J. Adam Rogers

Mellon, The Judge: A Life of Thomas Mellon, Founder of a Fortune
by Oliver Bateman

Eckhardt, So Bravely and So Well: The Life of William T. Trego
by Mark Thistlethwaite

May and May, Howard Pyle: Imagining an American School of Art
by Patricia Likos Ricci