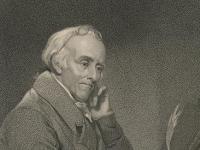 The Historical Society of Pennsylvania offers a wide range of sources from original letters to prominent members involved in the epidemic such as Dr. Benjamin Rush, to visuals of Philadelphia from the time of Yellow Fever, as well as a list of all persons admitted to Bush Hill Hospital during the epidemic. This exposure to original documents will help students understand the difference between primary and secondary sources, allow them to analyze a historic event, and even utilize their critical thinking skills as they can compare and contrast the short and long term effects of the yellow fever epidemic. The already digitized sources include a link to access them online.

These are the letters that were sent to Dr. Benjamin Rush during the Yellow Fever Epidemic. They document the symptoms and treatments of Rush’s Yellow Fever patients. These also are the letters Rush received from citizens of Philadelphia on their loved ones' symptoms and concerns. When using these letters as a teaching tool, remember to observe the context as well as content. The letters are important because they describe the symptoms of Yellow Fever as well as tell you a lot about the concerns of the person writing the letter and their status in society. Make sure to introduce students to scripted handwriting prior to using this source since it is difficult to read and remember the scripted ‘long s’ can often appear to be an ‘f’.

These are the minutes from the committee that considered how the City was going to deal with the fever. It is a reprint of all the minutes, and it documents how and when quarantine was enacted. This document provides details on hospitals and the number of staff at the hospitals as well as some information on the Bush Hill Hospital that was set up by Stephen Girard during the fever epidemic.

These are the Bush Hill Hospital records that documented who came into the hospital, who left, and who died. The Hospital was started by Stephen Girard who was a wealthy merchant in Philadelphia. The appendix gives a list of where the dead were buried and where they were from so you can see which groups had the most deaths and discuss how class was important when studying the fever. The appendix gives the weather as well so the students can determine if that was a factor.

4) Allen, Richard, and Absalom Jones. The Life, Experience, and Gospel Labours of the Rt. Rev. Richard Allen : To Which Is Annexed the Rise and Progress of the African Methodist Episcopal Church in the United States of America : Containing a Narrative of the Yellow Fever in the Year of Our Lord, 1793 : With an Address to the People of Colour in the United States. Philadelphia: Martin & Boden, Printers, 1833.

Dr. Benjamin Rush believed that black citizens were somehow immune to Yellow Fever; many of them became important volunteers to the sick. This book, written by Reverend Richard Allen, illustrated the African American contribution as well as opposition the black community faced as Allen often defended himself in his writing. The book also includes a letter and response from the Mayor of Philadelphia, Matthew Clarkson, commending the volunteer efforts of the African American community.

1) Dead House on Schuylkill during Yellow Fever in Philadelphia in 1793,

This image depicts a house that stood on the corner of 22nd Street on thet bank of the Schuylkill River during the Yellow Fever epidemic.

This image depicts the fishing company that furnished the citizens of Philadelphia with fresh fish during the Yellow Fever epidemic.

Ann Parish began the “Female Society for Relief of the Poor and Distressed,” which became known as the “House of Industry” in 1793 during the Yellow Fever epidemic. Ann Parish was an important part of the Yellow Fever history since she lost her family during the epidemic and then spent her life attempting to help the poor and sick.

Samuel Powel was the Mayor of Philadelphia from 1775-76 and 1789-90. These are his personal financial accounts; he is important to the Yellow Fever epidemic since he was a prominent member of society as well as one of the victims of the disease.

This is a portrait of Samuel Powel, Philadelphia Mayor from 1775-76 and 1789-90. He lost his life to the Yellow Fever epidemic.

These are the bills and receipts from 1793 that document the shipping practices in and out of Philadelphia during the year of the epidemic. They sheds light into the operations of the mercantile house including the goods that were traded.

This is a portrait of Dr. Benjamin Rush who was a widely popular physician in Philadelphia during the Yellow Fever epidemic. He was considered to be at the height of medicine for his time, although some of his practices would now be considered harmful in curing the sick.

This map created a few years after the 1793 epidemic helps students to visualize the City as it was during that time.

This is a popular classroom book to begin a unit on Yellow Fever. It is a young adult historical fiction novel about the Yellow Fever Epidemic.

This book documents the Yellow Fever Epidemic and focuses on the medical practices of the time and their often dangerous consequences.

3) Estes, J. Worth, and Billy G Smith. A Melancholy Scene of Devastation : The Public Response to the 1793 Philadelphia Yellow Fever Epidemic. Canton, MA: Published for the College of Physicians of Philadelphia and the Library Company of Philadelphia by Science History Publications/USA, 1997.

This book includes a mortality record on pg. 165 and a chart of how people died on pg. 172.