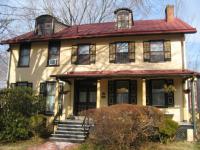 When it comes to archival records and manuscripts, the Radnor Historical Society in Delaware County, Pennsylvania has a little bit of everything. Its collections include business records, school records, family papers, subject files, glass plate negatives, maps, and the records of a variety of local clubs and associations.

Radnor Township was founded in 1682, shortly after Welsh Quakers arrived on the lands previously home to the Lenni Lenape. Development in the area spiked when new transportation routes passed through the area, first the Lancaster Turnpike (the first toll road in America) in 1794, and then the Columbia (later Pennsylvania) Railroad in 1832. The township's population doubled between 1880 and 1890 with the birth of one of the one of the country's first planned suburban developments, Wayne. Development and population boomed again in the wake of World War II and has continued to grow in the 21st century. 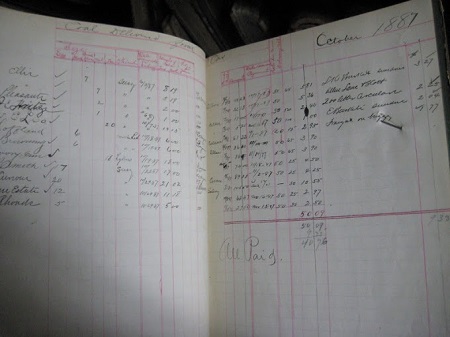 Among the various business records you’ll find at the Radnor Historical Society are the L. K. Burket and Brother ledgers, 1888-1913. Burket and Brother was a fuel supply company in Radnor that operated from 1887 until 2005, when it closed after several generations of family management. The ledgers are mostly financial in nature and contain information about fuel purchases and deliveries, including customer names, locations, and prices. The late 19th and early 20th centuries were periods of rapid development in Radnor, and Burket and Brother used that to grow its business. By 1895, the company was supplying a majority of the homes and businesses within a three mile radius of Wayne station with coal.

The numerous maps and atlases at the Radnor Historical Society also document Radnor's development and growth from the 19th through the 21st centuries. Some maps depict the homes and properties in Radnor, including the names of the families that lived there at the time. For a researcher with family in the area, these maps would be helpful in locating where those relatives lived and who their neighbors were. The extensive subject files available at the Historical Society would also be very helpful to researchers, as there are general subject files relating to the people, places, and businesses of Radnor, as well as separate files with information about local estates and local families. 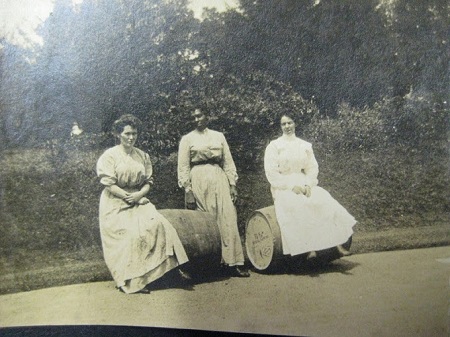 The Historical Society also has primary-source materials relating to some of the families that lived in Radnor. If you are a member of the Sayen or Schultz family, a local historian, or someone interested in the lives of upper class men and women from the late 19th through the mid-20th centuries, you might be eager to examine the Emilie Sayen Schultz family scrapbooks, 1892-1950, which document the lives of Emilie’s friends and relations through newspaper clippings and other materials, including Emilie’s marriage to George W. Schultz in 1892, her divorce from him in 1913, and other topics of interest to members of high society during those years. Two albums of photographs taken by George W. Schultz are also in the collection. One of the scrapbooks is about World War I, focusing heavily on the involvement of William Henry Sayen Schultz, Emilie and George’s son, who was killed in action in France in 1918. 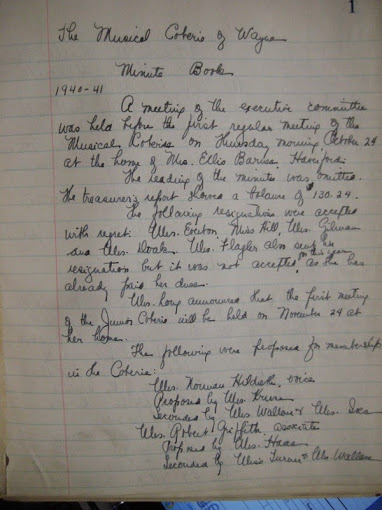 In addition to family papers, the Radnor Historical Society has records from civic and social organizations. One social organization that is fairly well documented in the Society's collection is the Musical Coterie of Wayne. The Coterie, established in 1911, began as a women's choral group that performed in the homes of members, but in 1914 expanded to performing twice annually in public venues. The Junior Coterie, which serves to foster musical interest among children, and the Coterie Strings, an orchestral group, were created as part of the Musical Coterie in 1926 and 1953 respectively. The Musical Coterie of Wayne records span just over one hundred years (1911-2012) and contain administrative, financial, and membership records, as well as scrapbooks, photographs, printed material, and other items documenting the group's history.

With so much diversity in its collections, there is something for everyone at the Radnor Historical Society! Stop by and sample the smorgasbord of archival material, housed in the Society’s headquarters, the Finley House, located in Wayne. While you’re there, don’t forget to browse the display cases and period clothing in the Museum Room, and say hello to Caesar, the cast iron dog who stands guard on the front lawn.