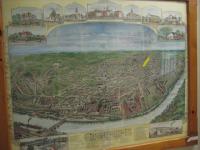 Have you ever been driving on the Schuylkill Expressway (I-76) and gotten stuck in traffic at the Conshohocken Curve? If you live in or near Philadelphia, the answer is probably yes. If you live in or near Philadelphia and are above the age of 40, I'll ask the same question a different way: Have you ever gotten stuck in traffic around the Lee Tire Curve? The bend in the highway used to be nicknamed after the old Lee Tire Factory, a landmark until the factory closed in 1980 and the building was re-purposed for office space. To learn more about the history of the Lee Tire & Rubber Company, get off the highway and drive to the Conshohocken Historical Society! 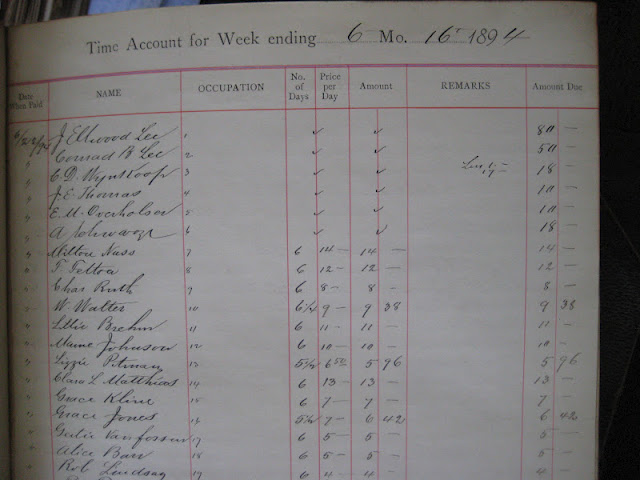 J. Ellwood Lee opened his first factory in Conshohocken, Pennsylvania in 1887, but his business at the time wasn't rubber--it was medical supplies. Business was good, and by the start of the 20th century Lee's company had 600 employees, rendering it the largest individual employer in Conshohocken at the time. But Lee foresaw the popularity of automobiles, and recognized a potential in the rubber tire market. In 1905 he merged his medical supply operations with Johnson & Johnson. While his plant in Conshohocken continued to produce medical supplies until 1909, Lee began experimenting with rubber production. In 1912, the Lee Tire and Rubber Company factory opened. J. Elwood Lee died soon after in 1914, but his company flourished and "Lee of Conshohocken" tires became a household name.

After enjoying about half a century of success, Lee of Conshohocken began to decline. A New York firm took over the majority of Lee stocks in the early 1960s, and changed the company name to Lee National Corporation. Soon after, the corporation was sold to Goodyear Tire and Rubber Company in 1965. They restored the original name of Lee Tire and Rubber Company, but the company's factory equipment was outdated and its days were numbered. Lee of Conshohocken went out of business in 1980. 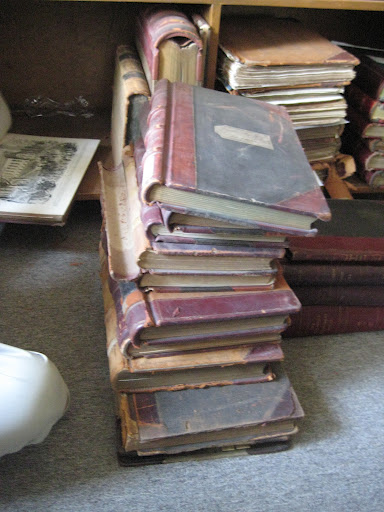 If you'd like to learn more about Lee of Conshohocken, the Conshohocken Historical Society is a short drive from the highway and from the old Lee Tire factory. The historical society has a rich collection of Lee Tire & Rubber Company records, 1890-1937, including materials from J. Ellwood Lee's medical supply company, Lee Rubber & Tire Company, and some subsidiaries. Most of the records relate to finances, but there is a subsidiary's minute book and a small amount of administrative and legal materials as well. The collection is an interesting resource for studying manufacturing history, industrial expansion and corporate-subsidiary relations, the explosion of automobile popularity, and other related topics. So the next time you're sitting in traffic along the Lee Tire Curve, get off the highway and burn rubber to the Conshohocken Historical Society instead!

See all finding aids for the Conshohocken Historical Society.

I am a collector of historical items.
I have a 1931 lee tires sign that is green with yellow letters trimmed in black.
This sign is in mint condition & I am wondering if you can tell me anything about it ? ie: how many survive in as new condition.
Thank you very much!!
I can send pictures if helpful.
Jim Poteat

I have a tire that I was impressed with. I was taking it off a two-wheel walk behind tractor and putting it on a utility trailer and had to make some photos of it thinking that it was amazing that it was made in USA. It is a 600-16 tire with a tube in it and we are using it on this trailer. If it is worth anything to you, make it worth my effort to change the tire out for a different one and I would help you get it.
I'd like to see it in a collection. I feel like it may be 50 years old, they just don't make them like that any more.
I believe this two wheeled tractor come to Tennessee in the mid 80s from Chicago and I've had the tractor for a couple years and just put this tire on the trailer.

Thank you for your interest in our blog. If you are considering donating the tire to the Conshohocken Historical Society, get in touch with them first to find out if it would be within their collecting mission. Their phone number is 610-828-7869 or their email is consh.hist.soc@comcast.net.

I am personally not an expert on Lee Tires or historical signs, but perhaps someone at the Conshohocken Historical Society might be able to help you. Their email address is consh.hist.soc@comcast.net. Good luck!

I am writing to you if the Historical Society has any information, or can direct me to anyone, who has information on the pollution from the rubber production at Lee Tires and the lung damage this caused among residents?

My father was born in the early 1930s and his sister and brother were born in
the late 1920s. They grew up close to Lee Tires, on 1108 Fayette Street.

All three children, now in their early and late 80's have been diagnosed with
Interstitial Lung Disease. Based on the CAT scans, the doctors can see the effects of pollution/debris/soot in the air that entered their lungs as young children.

Therefore, I'm searching for any information.

Thank you in advance. Denyce Kehoe

My grandmother decided to research our family history . And it turns out this was my family . Pretty cool . Can't wait to learn more!

I'm happy to hear that you have a family connection to this blog post. Good luck to your grandmother in her genealogy research!

I was the librarian at the Conshohocken (Hervey Walker) Elementary School from 1969 to 1992. Yes, I actually lived there from 1961 to 1965 before I built my home in Skippack. I began creating a student booklet on the history of the area. I worked with the team to save our school when Colonial tried to shut us down.
I am back into berks County (Phoebe Berks Village) now as a genealogy teacher but also as the Archivist at the Bethany Children's Home in Womelsdorf where I was raised.
Although I belong to about 15 historical groups, now in retirement have had to stop most of them. I am interested but can't afford to accumulated costs.
However, if I can be of any assistance, in re-creating the history of that time period, feel free to call upon me. 6109278629

The Conshohocken Historical Society is located in the Mary Wood Park House at 120 East 5th Ave., Conshohocken, PA 19428. They can be reached by telephone at 610-828-7869 or email at consh.hist.soc@comcast.net.