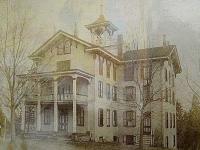 The property on which local historian Ned Harrington lived in Carversville (Bucks County, Pa.) has a long, complex history. At times a school, a resort, a sanitarium, and an orphanage, chronicling the property's tangled background might have taken a lesser historian decades.

On the location of Harrington's house, The Excelsior Normal School opened in 1859. The equivalent of a junior college dedicated to training teachers, over 1,000 students attended Excelsior before the school shut its doors in 1873. The property was next turned into an upscale summer resort, Hill-Side Home and Pleasure Park, in operation from 1874 to 1894. After the resort went bankrupt, the land was sold at sheriff's sale to John Robbins. Dr. Henry Waite ran a sanitarium there from 1904 to 1907 until the Robbins family returned it to use as private residence. For about 15 years, Hillside was the home of Mrs. Nell Robbins and her sisters, Sallie and Lizzie Worthington.

Perhaps the most interesting chapter in the property's history is the 15 years it was used as an orphanage. The New Jersey Christian Conference purchased the land and four buildings from the Worthington estate in 1922 to form the Northern Christian Orphanage at Hillside. The Carversville Christian Orphanage, as it was colloquially known, opened on January 1, 1923 and was dedicated later that year. 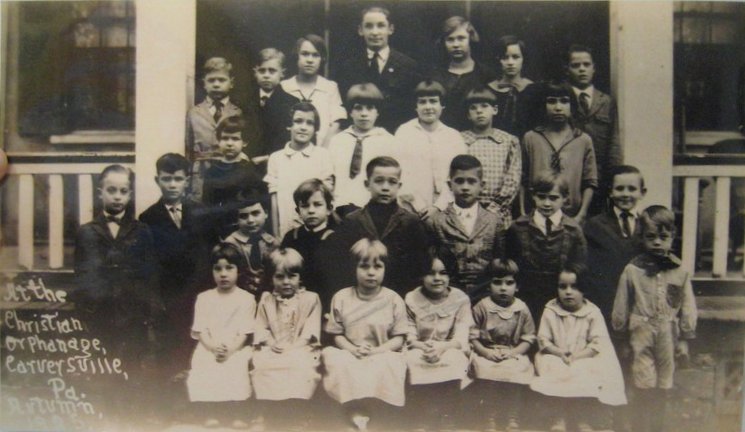 "At the Christian Orphanage, Carversville, Pa. Autumn, 1925."
The orphanage focused on a five-point program of "Christian love and culture," Christian education, vocational training, recreation, and public school education.
Soon after the school opened, it acquired an adjacent 70-acre farm. Very much a working farm, the orphanage relied on foodstuffs generated at the farm through the hard work of staff and "inmates." 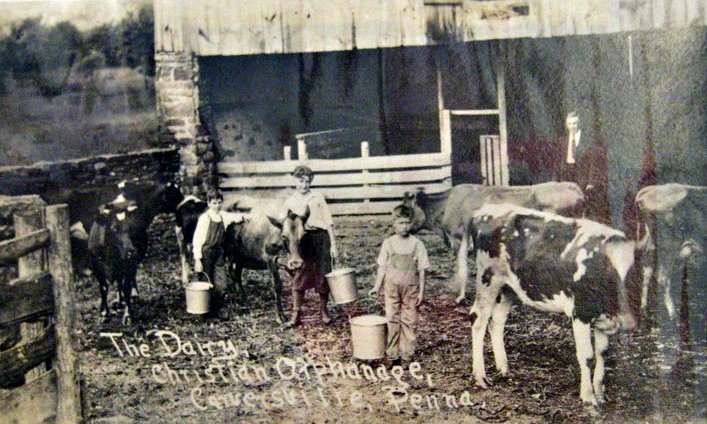 The Dairy at the Christian Orphanage at Carversville, Penna., "Hillside Barn," circa 1925. Dr. Lindsay Johnson, first superintendent of the orphanage, is at right in the background. His son Victor is in the middle of the group. On the left is John Anderson of Lambertville, an "inmate" at the orphanage although his father was still alive.
The first men to act as superintendents of the orphanage, ministers of the Carversville Christian Church, were not particularly well-suited to the task. By all accounts a difficult man, the orphanage's first director, Rev. Dr. Lindsay F. Johnson, was described by contemporaries as "a humorless autocrat who took no back talk from man, child or beast."* Even his son called him "stern, formidable, unloving, and relentless."* After he resigned in 1926, his replacement, Rev. W. H. Haines, was not much better. Haines, however, only lasted about 1 year before returning to his native New York.
Luckily, the next superintendent, Rev. Thomas P. Garland, was efficient and beloved as orphanage director. Towards the end of his tenure, he left increasing responsibilities in the capable hands of housekeeper Nellie Melliott; she was succeeded by Mrs. Anna Steward of Philadelphia. At that point the Great Depression was in full swing, and despite the women's vigorous efforts to keep the orphanage open, raising sufficient funds proved impossible. The orphanage closed in the 1930s. Former residents of the Carversville Christian Orphanage continued to feel a sense of connection; they met for reunions, at least in the 1980s during Carversville Day.
A large amount of additional research and information about the Carversville Christian Orphanage, and the organizations that preceded it, are available at the Historic Carversville Society (HCS) in the "Ned Harrington research files and publications." After local historian Ned Harrington purchased his home on the land formerly occupied by the orphanage, he began digging into the history of the property. For researchers' convenience, all of the voluminous materials he accumulated are available in one place at HCS.
See all finding aids for Historic Carversville Society.
Works Cited and Consulted
"Carversville Christian Orphanage, reported by Superintendent Johnson." Photocopy. Document found in Ned Harrington research files and publications, Historic Carversville Society.
Beck, Jim. Various articles relating to the history of the Christian Orphanage. New Hope Gazette. December 9, 16, and 23, 1993.

I would like to find out any info on my great grandfather, Ephriam Mellott. I have been told he was a resident farmer at the orphanage, in the 1920's. thanks.