Elwyn and the History of Intellectual Disability

Elwyn and the History of Intellectual Disability 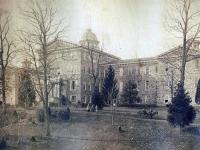 Elwyn was one of the first American schools for children with intellectual disabilities, founded in 1852 as the Pennsylvania Training School for Idiotic and Feeble-Minded Children. Established in the midst of changing social and scientific trends in the understanding and treatment of intellectual disability, Elwyn has remained consistently at the vanguard of this field -- usually for the better, but occassionally with regrets -- for over 150 years.

The Pennsylvania Training School for Idiotic and Feeble-Minded Children was founded as a private institution but received significant funding from the commonwealth, $10,000 in appropriations in 1854. This was both a reflection and a further encouragement of a shift away from viewing mental retardation as a family and community concern to seeing it as the broader societal responsibility at the state or national level.1 Following on the heels of this change, there was increasingly the conviction that beyond warehousing the mentally challenged in asylums, instutitutions should educate these individuals, preferably in the form of practical training in a trade that could lead to self-sufficiency.2 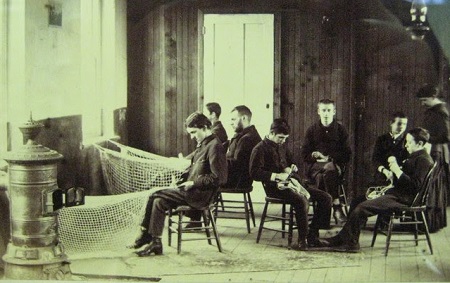 Views of Pennsylvania Institution for Feeble Minded Children, Elwyn, Pa. No. 19. "Boys' netting class; consisting mosty of lads who are well employed in this kind of work. It was been found especially advantageous for those of choreic tendency to have this kind of employment. In the evenings about 20 of the large boys assemble, and are taught stocking darning, which they have learned to do well."

The image below from an early annual report of the school is telling. Progressing counterclockwise from the top right corner, the series depicts a child literally pushing himself upright after being in the school for six months, twelve months, and three years. He demonstrates the Victorian values of self-improvement and self-sufficiency, culminating in the last image where he poses straight-backed with a book, the very model of a genteel, well-educated young gentleman. 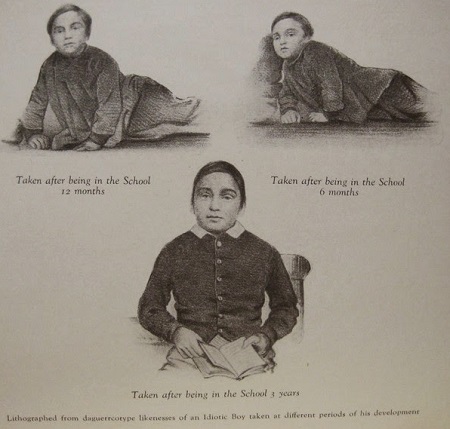 The Pennsylvania Training School for Idiotic and Feeble-Minded Children was an early institution in emphasizing the importance of bringing scientific methods to bear on the study and treatment of intellectual disability. Dr. Isaac Kerlin, arguably the most influential director in Elwyn's history, was instrumental in forming the Association of Medical Officers of American Institutions for Idiotic and Feeble-Minded Persons, which first met at the Pennsylvania Training School in 1876 and is still active today as the American Association on Intellectual and Developmental Disabilities (AAIDD). Over ensuing years, Elwyn staff's scientific pursuits entailed keeping incredibly detailed etiologies and reports of student/patient progress, studying the brain physiology, researching chromosomal/genetic causes, and many other methods.

While some of the treatments and attitudes evident at various points at the Pennsylvania Training School seem barbaric by modern sensibilities (notably its performing several hundred sterilizations from 1890 to 1930), ultimately, Elwyn has held a fundamental role in progressing the care/treatment, societal acceptance, and rights of those with intellectual disabilities over the past century and a half. 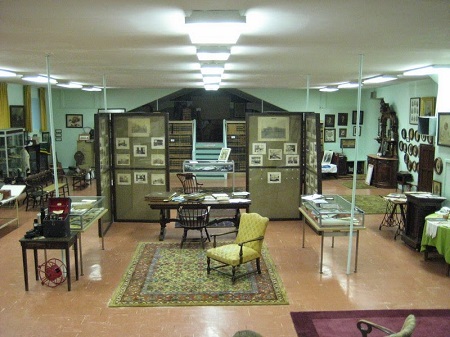 Displays at the Elwyn Historical Archives and Museum

Elwyn's important history is documented in its vast archives, which include administrative and financial records, staff members' papers, student records, publications and press materials, photographs, and audiovisual materials. Access to and use of certain materials (mostly student/patient records) are restricted due to HIPAA privacy regulations. Still, the available materials are voluminous and contain not only the history of an institution, but also the history of social movements for better care and treatment of those with intellectual disabilities, the history of scientific understanding of related medical issues, and of course, the silent histories of tens of thousands of individuals who were institutionalized at Elwyn.

Where is the Elwyn Historical Achies an Museum located ? Address and Phone number?  I am inrsed in research in the Orphan Society of Phil records

More information about Elwyn is available at http://www.elwyn.org/about/history/. To access the collections at Elwyn Historical Archives and Museum, contact info@elwyn.org and ask for Dr. Elliott Simon. Elwyn is also on Facebook.