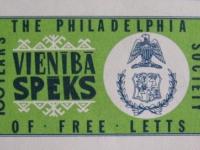 Established in 1892, the Philadelphia Society of Free Letts, or Filadelfijas Brīvo Latvju Biedrība (BLB), is the oldest Latvian Society outside of Latvia.

The term "Letts" refers to the Baltic ethnic group native to the area that today is Latvia. There is some evidence that Letts first came to the Americas with Swedish and Finnish settlers in the 1600s, and if so, some more than likely would have ended up here--after all, Philadelphia was at the center of New Sweden. But the population of Lettlanders in the United States was sparse until the 1880s, when oppression against the community in Tsarist Russia caused many to flee. The Philadelphia Society of Free Letts was established as a settlement house following this wave of immigration. It was formally incorporated in 1894 as a benevolent, educational, and charitable organization.

Early activities of Philadelphia's BLB included helping to acclimate Lettish immigrants to American society and laws, maintaining a bilingual library, and providing relief to poor, sick, and distressed members. The BLB was also a social center, where Letts living in Philadelphia or sailors passing through town could come for food and drink. To this day, the bilingual library and social hall remain important parts of the BLB. 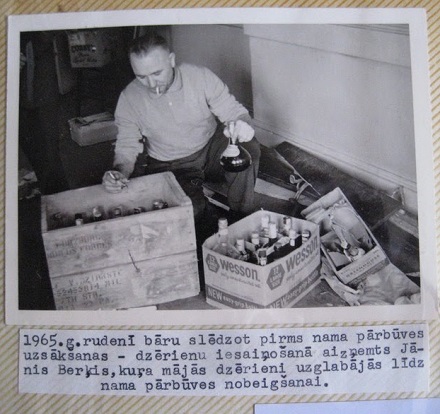 "In the fall of 1965: closing the bar before the start of building renovation. Beverage packing undertaken by Janis Berķis, in whose house the beverages were stored until the building reconstruction was complete."  [Thanks to blog reader Kārlis for translating the caption!]

A large wave of Lettish emigration following the 1905 Revolution in Russia brought many new members to Philadelphia's BLB. The Soviet era brought even more immigrants, and increased activity of the BLB advocating for Latvian political prisoners and the independence of Latvia. 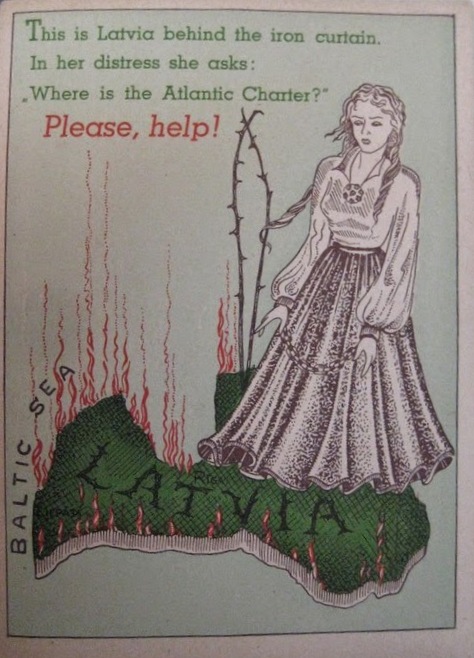 In 1910 the group purchased the building  where it has remained for over 100 years, with major improvements completed in the 1960s. The Philadelphia Society of Free Letts is located at a mini cultural hub, immediately next to the German Society of Pennsylvania and across from the Edgar Allen Poe Historic Site, at at 531 N. 7th Street. But the neighborhood has seen many changes over more than 100 years since the BLB purchased its building in 1910. (With a major expansion/improvement project in the 1960s.) The 1980s were a particularly violent time in Philadelphia's history, and the BLB felt its impact. In this 1985 letter, President of the Philadelphia Society of Free Letts Roberts Lidums implored Mayor Wilson Goode to improve security in the BLB's neighborhood. 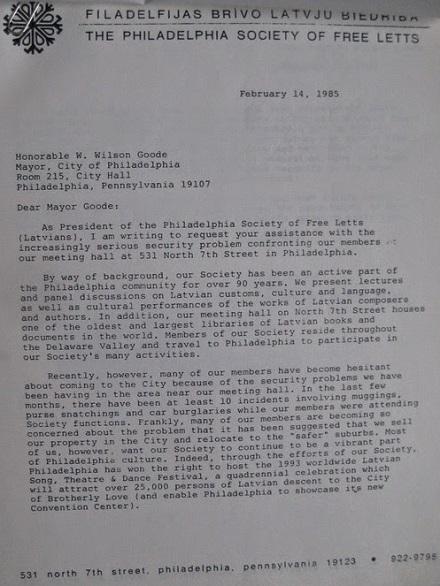 "In the last few months, there have been at least 10 incidents involving muggings, purse snatchings, and car burglaries while our members were attending Society functions. Frankly, many of our members are becoming so concerned about the problem that it has been suggested that we sell our property in the City and relocate to the 'safer' suburbs."

Ultimately, the BLB decided to stick it out at 531 N. 7th Street, which is where we went to check out their archives. We found administrative and financial, membership, and other records of the club dating back to the 1890s, including the 1894 charter, meeting minutes from the BLB's theater club, photographs, correspondence, and more. There is also a large amount of newsletters, clippings, pamphlets, event invitations and programs, and other ephemera from the BLB, about the BLB, or by or about other Latvian organizations or issues (mostly in the US but also in other countries and in Latvia).

Don't hesitate to visit the BLB yourself to see their archives, peruse their library of Latvian books, or check out their cultural programing and activities. Letts go!

In the fall of 1965: closing the bar before the start of building renovation. Beverage packing undertaken by Janis Berķis, in whose house the beverages were stored until the building reconstruction was complete

Packing up the booze before the start of renovation in the fall of 1965.

Thanks Kārlis, for the translation help! I'll update the caption above.

Do you have any information on the founders of the Society? It is my family tradition that my Great Grandfather, Frederick D'Sinter, born 1868 in Kurland, Latvia, was one of the founders in 1892.

Thanks for reading, and good luck with your research!