Maps and drawings and plans, oh my!

Maps and drawings and plans, oh my! 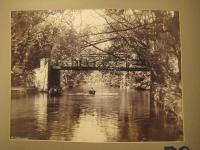 After a delayed start due to the Hurricane Sandy, Celia and I are off and running as we begin Phase II of the Small Repositories project. 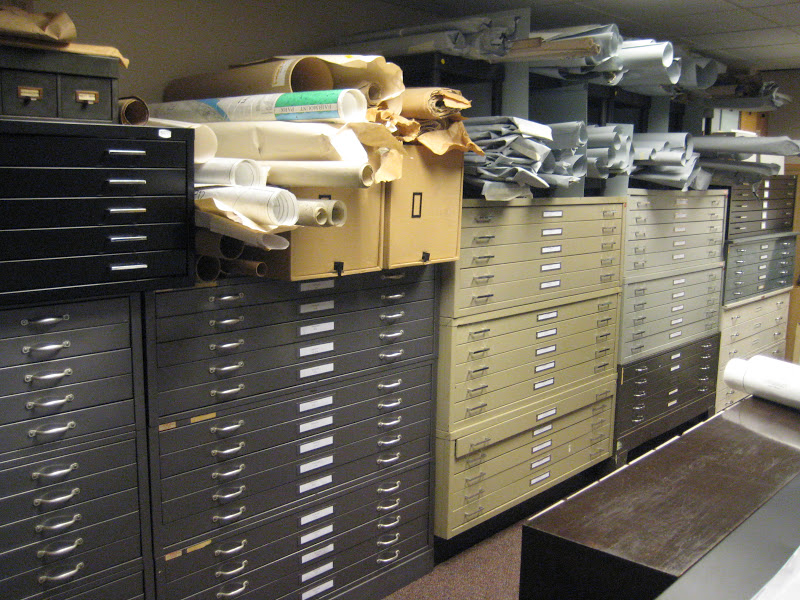 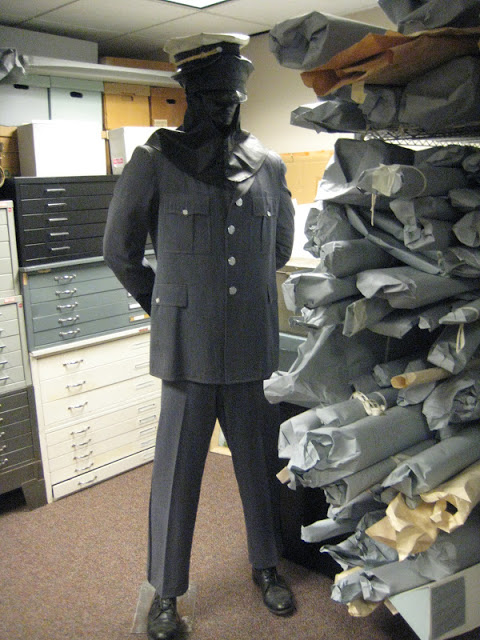 The Fairmount Park Historic Resource Archives’ collection documents the now defunct Fairmount Park Commission and to a lesser degree Philadelphia’s Parks and Recreation Department’s historic resources – the land, parks, buildings, historic sites, and collection artifacts, as well as programs and projects related to those resources. The collection, which is approximately 1,200 cubic feet, includes materials in a variety of formats largely dating from the mid 19th century to the present.

The Fairmount Park Commission, created in 1867 to oversee the Fairmount Park system, was founded to preserve, protect, and maintain the natural and cultural resources of Philadelphia’s parks for the recreation and enjoyment of the city’s citizens and visitors. Along with the over 60 parks and 9,000 acres of land that it controls, the FPC was responsible for hundreds of historic properties and structures, a large collection of artifacts and outdoor sculptures, and the management of numerous recreational and cultural programs and activities related to these resources. The FPC recently merged with the City’s Parks and Recreation Department to become the Commission on Parks and Recreation.

Thanks to a preliminary report of the Archives that Project Director Jack McCarthy did a few years back, Celia and I had a pretty good idea of what we’d find during our visit. Also, Celia and I learned that the FPHRA, most fortuitously, has finding aids for all of its collections in Archivists’ Toolkit (a rarity among the repositories that we’ll be visiting)! So rather than having to create finding aids from the survey work that we conducted, we were only tasked with assessing the collections, based on the condition of materials and housing, as well as the physical and intellectual access of the collections.

Most of the collections at the FPHRA are maps, blueprints, drawings, and plans that document the Park System’s architectural and landscape history, and in particular, its five watershed parks: Fairmount Park, Wissahickon Park, Cobb’s Creek, Tacony Park, and Pennypack Park. 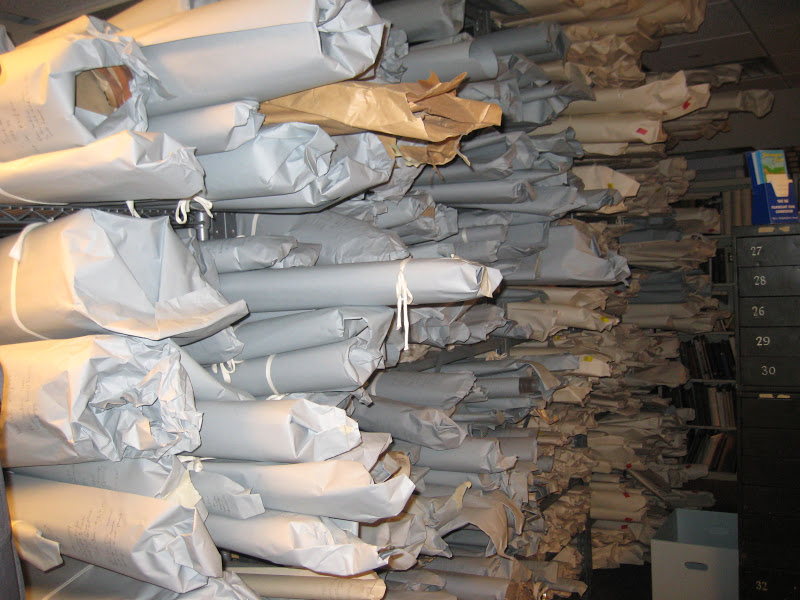 Notably, the collection contains hundreds of original architectural and landscape drawings from the 1876 Centennial Exposition that was held in Fairmount Park. The Centennial Exposition was the first American international exposition, during which many significant inventions were debuted. Several famous architects designed the major buildings that were constructed solely for the event. 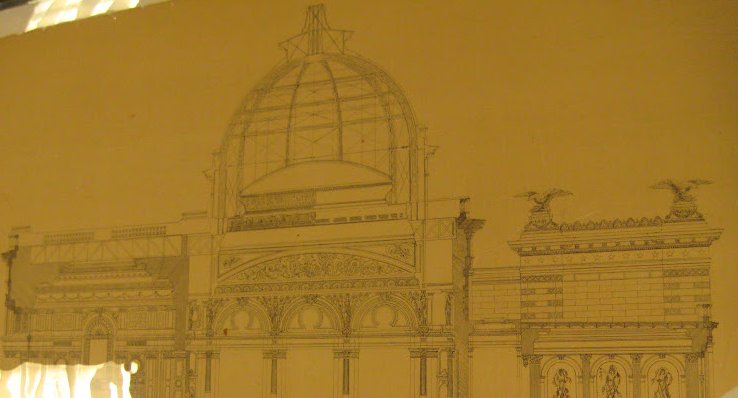 The Archives also holds a significant amount of photographs, prints, and negatives from the mid-19th century to the present that document the history of Philadelphia’s parks and recreational sites. 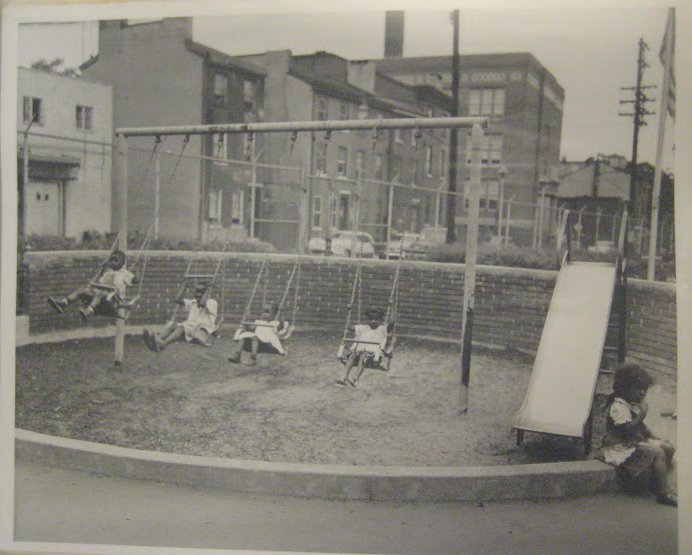 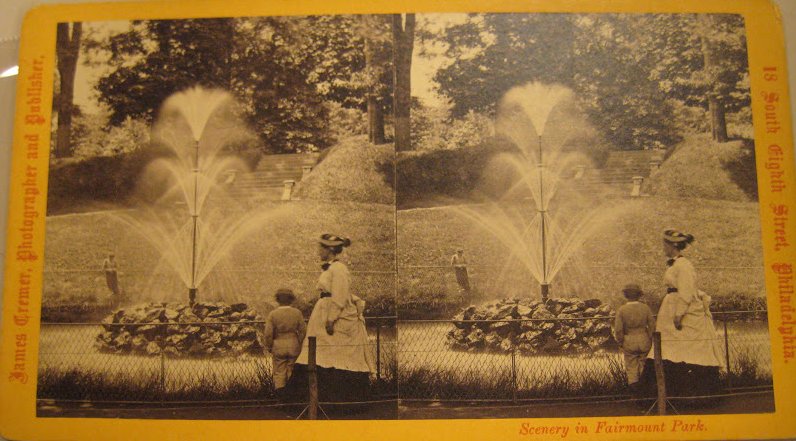 Hopefully the work that Celia and I are doing enhances the efforts of the Fairmount Park Historic Resource Archives to highlight and make more accessible to researchers its unique and noteworthy collection!

Update! You can now see all finding aids for the Fairmount Park Historic Resource Archives here!

Visit the Fairmount Park Historic Resource Archives' website (soon to be revamped with finding aids of the collections) at http://www.phila.gov/ParksandRecreation/history/historicarchives/Pages/default.aspx, or call 215-683-0229 or email rob.armstrong@phila.gov for more information.