Taking a Turn Around the Center for Art in Wood

Taking a Turn Around the Center for Art in Wood 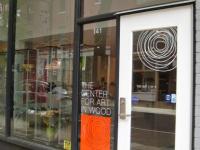 During the second half of the 19th century, Philadelphia was known as “The Workshop of the World.” Unlike many other cities in the United States that had become known for a particular industry, Philadelphia was known for its variety of industry, especially in the area north of Market Street and east of 10th Street, part of Philadelphia’s Old City neighborhood. Among these streets one could find clock manufacturers, tin and sheet iron factories, shoe factories, toy factories, and several other manufacturing companies.

In 1863, John Grass, a Bavarian immigrant, opened a wood turning company in the Old City District of Philadelphia. The John Grass Wood Turning Company specialized in creating wooden objects through the process of wood turning, which uses a lathe to rotate a piece of wood while a wood turner uses other stationary tools to shape the wood as it is in motion. Objects created by Grass’ company such as night sticks for policemen, balustrades, bowling pins, and flag poles were in high demand. In fact, there was a big enough need for these types of items that when other manufacturers moved further north, where there was more space for their growing factories, Grass kept his company in the vicinity of North 2nd Street. 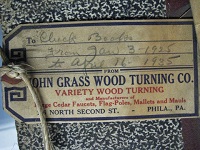 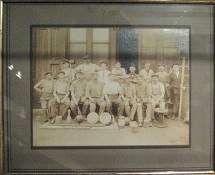 Materials from the John Grass Wood Turning Company, including a photograph of the workers outside the Company building at 146 N. 2nd Street

One of Grass’ biggest customers was the Stortz Tool Company, today known as John Stortz & Son, Inc. Stortz produced cutlery and other tools, many of the handles for which were created by the John Grass Wood Turning Company. Eventually, Johannes Stortz’s son, Henry, married Grass’s daughter, Matilda. The John Grass Wood Turning Company was incorporated in 1911 when Johannes Stortz’s other son, John T. and Louis “Lou” Bower, a highly skilled wood turner at the Grass Company, took over the running of the Company as president, and vice president, respectively, while Grass’ son-in-law, Henry Stortz, served as secretary. 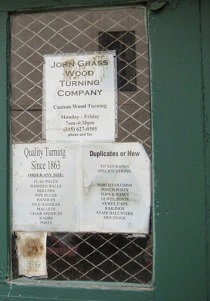 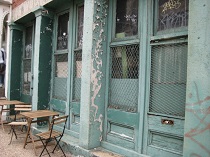 The outside of the Grass Company building as it looks today

In 1916 the Grass Company moved to 146 North Second Street, where it was run by three generations of Louis Bowers' family until the company ended its active operations in 2003. Because the Bowers family never completely replaced the older machinery, the second floor of the building still houses equipment and lathes from as early as 1870 alongside more modern tools. This provides a rare glimpse at the shift in wood turning technology over more than 130 years. Although the building is not currently in use, the Center for Art in Wood, established by Albert LeCoff with the mission to promote the understanding and appreciation of art produced by woodworking, was heavily involved in preserving the John Grass Wood Turning building and the equipment within it, which was purchased by the Philadelphia Chapter of the United Carpenters and Joiners of America in 2010. In addition to helping ensure the preservation of the building, the Center for Art in Wood holds the John Grass Wood Turning Company records in its archival collections. The records consist primarily of financial records of the Company from two significant periods in its history: a forty-year duration beginning just before the company's incorporation in 1911 and ending in the 1950s, and a decade-long span leading up to the company's closing in 2003. 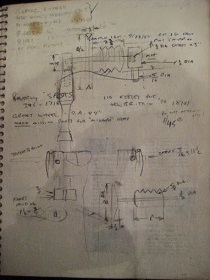 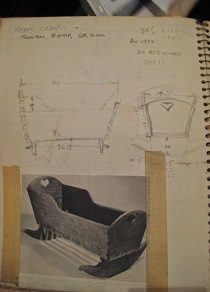 Sketches from the notebooks of Palmer Sharpless

The Center for Art in Wood is located at 141 North 3rd Street, Philadelphia, PA 19106. For more information about the Center or its collections, call (215) 923-8000. You can also "Like" their Facebook page or follow them on Twitter for updates.

Organization
Center for Art in Wood