The Living and Archival Collections of Tyler Arboretum

The Living and Archival Collections of Tyler Arboretum 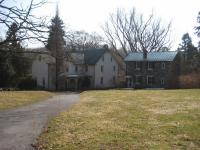 Since the 44th celebration of Earth Day is just around the corner (April 22), it is fitting that this week’s blog post is all about Tyler Arboretum in Media, Pennsylvania! In addition to preserving 650 acres of woodlands, wetlands, and meadows, Tyler uses its living collections, which contain several rare plants and trees, to educate the public about the natural world.

The property on which the Arboretum sits had originally been sold to Thomas Minshall (1650-1730) by William Penn in 1681 and was passed down through several generations of Minshall-Painter-Tyler family members over the next two hundred and sixty odd years.  John J. Tyler (1851-1930) and his wife, Laura Hoopes Tyler (1859-1944), both descendents of Thomas Minshall, left the property in trust to create the Tyler Arboretum. Although the Arboretum only opened to the public in 1946, the idea to utilize the property for the scientific study of plants was conceived in the mid-1800s by brothers Minshall and Jacob Painter. 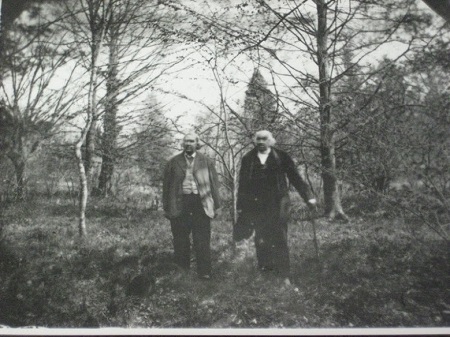 Minshall (1801-1873) and Jacob (1814-1876) Painter were Quakers who had a shared interest in the natural sciences and, except for the years in which they received their schooling, lived their whole lives on the land that is now occupied by the Arboretum. They collected plant, mineral, and insect specimens for study and improved their family’s farm by adding several buildings, expanding the fruit orchards, and planting over 1,000 types of plants and trees, creating an arboretum for their own use. Minshall was interested in genealogy and collected many documents and kept notes about the histories of many local Quaker families, while Jacob’s additional interests included language and writing. The brothers used a printing press to publish various essays, pamphlets, and other writings about science, language, genealogy, and a variety of other topics.

The printing press, along with the brothers’ extensive collection of books and objects is housed in the Painter Library, built by Minshall and Jacob in 1863 and designed with fireproof vaults. The library sits next to the family home, Lachford Hall, for easy access. The brothers used their library as a space for experiments, writing, and the study of a variety of subjects including astronomy, botany, and philosophy. Neither of the brothers ever married, and when they died, the family farm passed onto their younger sister, Ann Painter Tyler (1818-1914). 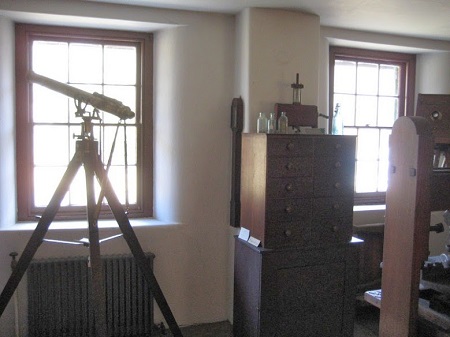 Equipment used by Minshall and Jacob in Painter Library

In addition to the living collections that are available for study at Tyler Arboretum, there are also some archival collections on-site that include papers from various family members, as well as the Arboretum’s records. Although many of the Minshall-Painter-Tyler family papers have been removed to the Friends Historical Library of Swarthmore College, some materials of interest remain at the Arboretum including the William Penn deed to Thomas Minshall (1681), a land survey done by Thomas Minshall (1701), essays on slavery and navigation (1824), a manuscript by Minshall and Jacob Painter titled “Cycle of Knowledge or Thought,” and numerous family photo albums from the late 19th century. The Tyler family papers, 1681-1937, also contain materials such as financial records, property-related documents, estate papers, correspondence, and newspaper clippings relating to John J. Tyler, his wife, Laura, and other members of the Painter and Minshall families. 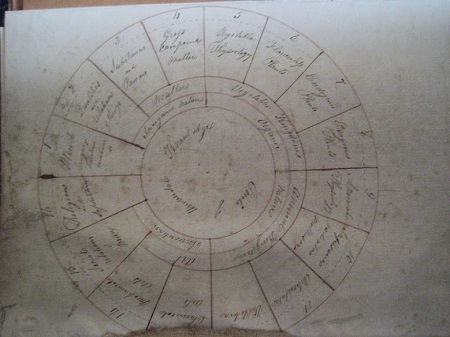 If you are more interested in the establishment and history of the Tyler Arboretum, the John J. Tyler Arboretum records, 1944-2014, consist of correspondence, and administrative and financial materials pertaining to its functions and activities. Of note in the collection are the files of the Arboretum’s first director, Dr. John Caspar Wister (1887-1982). Dr. Wister, considered to be one of the premier horticulturalists of the 20th century, served as the director from 1946 to 1968 and was responsible for converting the existing family farm into a modern arboretum with a significant number of rare and special botanical specimens. A letter from Helen Keller showing her support for Tyler Arboretum (1950) can also be found in the collection. She states, “It is wonderful that the John J. Tyler Arboretum at Lima, Pennsylvania, is preparing a bit of its spacious grounds, so that blind visitors may enjoy and explore the plants without assistance.”

Today, Tyler Arboretum still encourages the enjoyment and exploration of its grounds, which incorporate the historic plants grown by the Painter brothers with the Wister Horticulture Collections and large natural areas. The Arboretum offers a variety of areas, exhibits, and programs for visitors of all ages and has over 20 miles of hiking trails. If you’re looking for something to do to celebrate Earth Day, or are just interested in learning more about the natural world, take a trip out to Tyler Arboretum and enjoy the result of years of cultivation and preservation in one of the oldest and largest arboretums in the northeastern United States.

As a resident of Lima Estates (just south of Tyler on Route 352) I have enjoyed many hours volunteering at Tyler or just ambling through the grounds during the day or taking one of the night walks. I thoroughly enjoyed reading the passion of Pam Harpers' history of Tyler. The Historical Society's Blog was equally informative and enjoyable. With the help of our new technology, and people like Pam, anyone who has access to the new electronics can become knowledgeable about their neighborhood. Thank you for sharing!

Thanks for your comment, I am so glad you enjoyed the blog. We enjoyed surveying the collections at Tyler Arboretum while surrounded by such a beautiful setting!