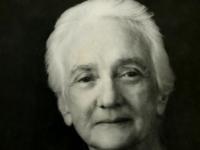 *This blog is the eleventh in a series by Sarah Sharp, Global Educator for World Heritage Philadelphia.

Women in the late 1800s and early 1900s began to organize and advocate for a wide variety of social reforms throughout Philadelphia.  Unlike in previous generations, these decades also saw the establishment of women’s clubs and professional associations focused on civic and cultural matters as women’s positions shifted.  In Philadelphia, the Civic Club was one of the most notable with members active in social, economic, and political efforts, including education, housing, municipal reform, and social service.  Philadelphia’s Civic Club membership was racially segregated at this time, and so African American women joined the National Association of Colored Women, among other organizations to address similar causes.  For women of both European and African descent, the pattern was identical -- women often overlapped across all types of interests and concerns as they sought more equal and generous treatment for the City’s disadvantaged.  These women looked up and outward from their own lives and into the City’s major social issues.

In 1876, as part of the celebration of the country’s Centennial in Philadelphia, the Women’s Centennial Committee had its own pavilion constructed with money it raised.  Here it exhibited creations in the fine arts, needlework and showed expertise in furniture making, engineering, and printing.  Foreign visitors as well as local visitors, of course, saw all of these accomplishments.

At the dawn of the 1900s, Philadelphia women encountered both obstacles and opportunities in the City’s educational systems and institutions. As part of the 1876 Centennial, the Philadelphia Women’s Medical College had a pharmaceutical exhibit at the Centennial, no doubt calling attention to its unique position as the only medical school for women in the world at the time.  By the mid-1880s, Old Blockley, a hospital for Philadelphia’s poor, opened a women’s nursing school under the direction of Alice Fisher (1839-1888), a British nursing administrator suggested to the City’s Board of Guardians (Board of the Poor) by Florence Nightingale (1820-1910).  This institution evolved into Pennsylvania General Hospital in later years.  Several other women such as Susan La Flesche-Piccotte (1865-1915) and Rebecca Cole (1845-1922), both women of color, received medical degrees at this time.  Hannah Myers Longshore (1819-1901) practiced as a physician for over 40 years, especially concerned with women’s hygiene.  Fanny Jackson Coppin (1837-1913) emerged from her past as a slave into prominent leadership of the Institute for Colored Youth in Philadelphia which became Cheyney University.  New opportunities opened at the University of Pennsylvania in law school admissions and in a new Graduate Department of Women.  The careers of Caroline Burnham Kilgore (1838-1909) and Mary Rodgers Biddle (1843-1886) reflect these new dimensions.  Anna Hallowell (1831-1905) served on the Philadelphia Board of Education.  Others, such as Frances Ellen Watkins Harper (1825-1911) advocated for temperance as well as educational reform.

Care for Philadelphia’s disadvantaged women and children came under particular focus in the late 1800s, especially as European immigration dramatically increased in the City.  Philadelphia’s settlement house interest grew quickly, drawing upon the English examples in the mid-1880s. Local women (including Esther Kelly Bradford whose image is above) established several well-known such houses, including the Lighthouse  that was established in 1893 in the Kensington neighborhood.  The Episcopal Church and other denominations often contributed leadership and connections.  Some settlement houses are particularly important, such as the one where W. E. B. (1868-1963) and Nina Du Bois (1871-1950) lived on Lombard Street.  Many individuals, such as Mary Coles (1835-1920?) and Susan Wharton (1852-1928) opened their own housing efforts.  The Octavia House Association, mentioned in an earlier blog, carried on major efforts to assist women who found themselves in poor circumstances.  The Friends Neighborhood Guild, as did many of the other sites mentioned, focused particularly on immigrant families, especially women and children, and lasted well into the 1900s.  The Children’s Aid Society of Pennsylvania, located in Philadelphia, drew on New York City’s organization to assist poor youth, and was staffed by Philadelphia women. Philadelphia Society for Organizing Charitable Relief and Repressing Mendicancy established in 1879.  Women in Philadelphia looked outward into the difficulties that they saw around them and strived to remedy what they saw.

If we took a broader look at other types of advocacy and activism that were occurring across Philadelphia during this period, we would notice how frequently women overlapped in their interests and concerns, as well as so many new areas where women became visible.  These shifts occurred across racial lines, as well.  Nannie Helen Burroughs (1883-1961) became associate editor of The Christian Banner  while Sara Louisa Oberholtzer (1841-1930) was another writer and temperance advocate and Gertrude E. H. Bustill Mossell (1855-1948) wrote against discrimination against African American women.

Perkins, Fanny Jackson Coppin and the Institute for Colored Youth, 1865-1902

Roydhouse, Women of industry and reform : shaping the history of Pennsylvania, 1865-1940

Rupp, Worlds of Women: The Making of an International Women’s Movement