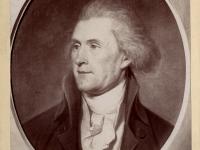 As one of the last surviving signers of the Declaration of Independence, Thomas Jefferson was invited to attend and speak at the celebration of the 50th anniversary of American independence in Washington, DC. Though Jefferson failed to attend because of ailing health, he wrote a poignant letter to Washington’s mayor, Roger C. Weightman, on June 24, 1826. This letter, written a few weeks before Jefferson’s death, has been called “his last formal statement on democracy to his countrymen.” In the letter, Jefferson remarked how “the mass of mankind has not been born with saddles on their backs, nor a favored few booted and spurred, ready to ride them legitimately, by the grace of God.”

The above statement was almost a verbatim reiteration of the last speech of Col. Richard 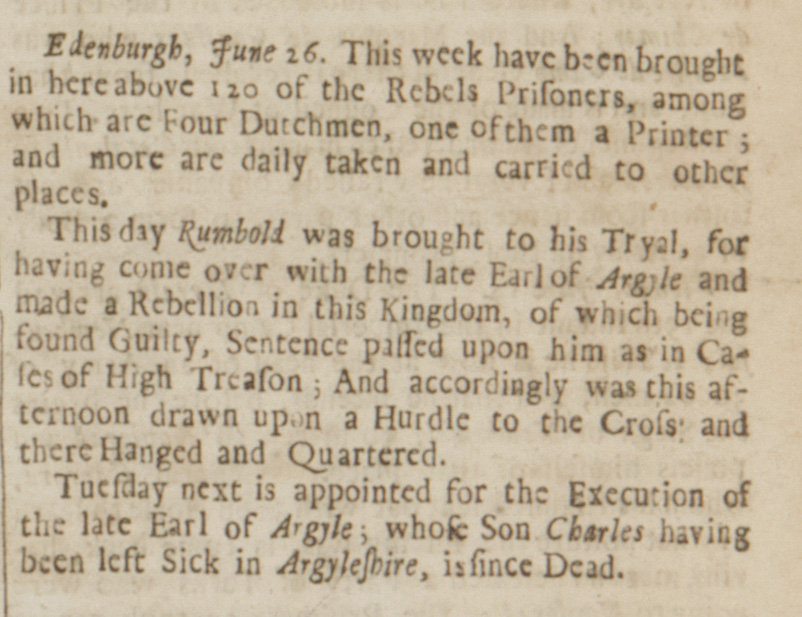 Rumbold, who was executed after a trial in Edinburgh, Scotland, on June 26, 1685. According to some accounts, while at the scaffold, Rumbold remarked “tho I am sure there was no man born marked of God above another, for none comes into the world with a saddle on his back, neither any booted and spurred to ride him.”

Rumbold, who served under Oliver Cromwell against King Charles I during the English Civil War, was known as a Leveller. Levellers were individuals who had been prominent in their denunciation of the Crown and in favor of equal treatment by the law, as opposed to appeasing the wealthy or aristocratic class in England. One of their major spokesmen was John Lilburne, who had been tried as early as 1649 for high treason, and though acquitted, died in exile in the Netherlands.

One should not believe that Lilburne and others were advocating of the need for the equal distribution of wealth within society. Rather, they believed that all men (and some argued women as well), regardless of their origin, birth, or social class, should have the opportunity to experience social mobility or be able to own property, serve in public office, vote, etc., at a time when the British Empire was rigidly class-based.

The personal libraries of many of our Founding Fathers include publications advocating the Levelling ideology of John Lilburne and his associates. Perhaps it is no accident that the Declaration of Independence and the Constitution of the United States of America are truly “Levelling” documents. They’re designed to equalize American society on many levels, to have a government that truly represents all the people, and that the consent of its citizenry should be the top priority of the established legal body.

Thomas Jefferson, an avid student of English law and history, was very familiar with the English Civil War of the 17th century and the ideology for which it had largely been fought. These concepts can be found reflected in the history of the American Revolutionary War and the government that it spawned. Thus, the idea in the Declaration of Independence that all men were born free and equal, to some extent, owes its legacy and debt to the minds, lives, and sacrifices of those individuals we refer to as the Levellers of 17th-century Britain.