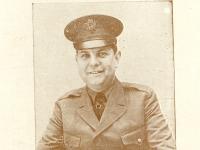 “The Great War” is generally regarded to have begun with the assassination of Austrian Archduke Franz Ferdinand at Sarajevo, on June 28, 1914.  However, the United States remained neutral for almost three years, entering the conflict on April 6, 1917.  By April 1918, the Historical Society of Pennsylvania, at its current location on 13th & Locust Streets in Philadelphia, began to host events once a week within its “Hall of the Society.” These social gatherings were intended to provide entertainment for the “soldiers, sailors and marines, stationed in the city and district camps.” This occurred under the auspices of the Society’s President, Charlemagne Tower, Vice-President John Frederick Lewis, and one of its councilors, John Gribbel.

In May, 1918, an official War Service Committee was organized at the Society. It was comprised of the the Society’s President, Charlemagne Tower, Vice-President John Frederick Lewis, various board councilors and  Edward Robins, the Society’s Recording Secretary. The Executive Committee planning the events and festivities at 13th & Locust were under the direction of Tower, Lewis, and Gribbel, along with Albert Cook Myers as Chairman, Ernest Spofford as Secretary, and the Society’s Librarians, John W. Jordan and Francis H. Williams. 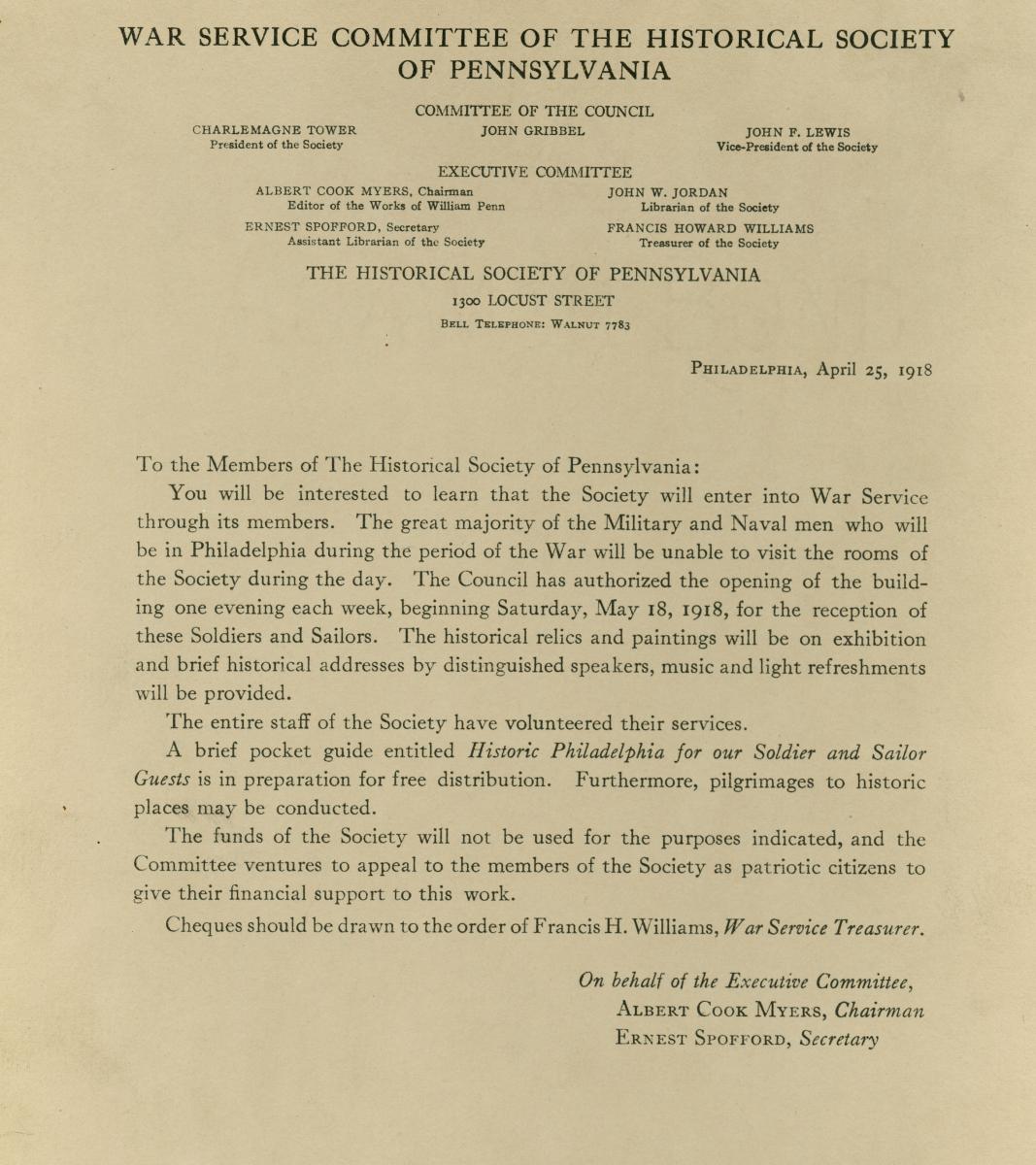 The Philadelphia Inquirer for May 20, 1918, stated that it was an encouraging sign for an organization devoted to the collection of “records and relics” of the past was also currently “turning its attention to the present and future.” The article goes on to appropriately mention how the Society was thus instrumental in making history “a living thing instead of a corpse,” and predicted that once the “great crisis is past and victory won,” the building of the Society would no doubt be the repository “of many books, manuscripts and relics which future generations will look upon with even more interest than we do now upon the collections which represent our glorious past.”

Throughout the remainder of the War, the Historical Society of Pennsylvania would host events including lectures, visits and addresses of dignitaries, and popular musical entertainment. Sometime in 1918, Theodore Roosevelt, residing at Oyster Bay, Long Island, New York, was invited by Tower to address the “soldiers and sailors…Your presence would be an inspiration to them…” Regrettably, according to a telegram sent by Roosevelt to Tower, he declined the “very kind invitation, with real regret.”

The Philadelphia Record remarked that at a reception on the evening of May 25, 1918, the Hon. Hampton L. Carson (future President of the Society) took the sword of patriot John Paul Jones in his hand and stated how “The American navy was born here on the waters of the Delaware, and with its nine-pounders captured supplies from an enemy navy seven times its size, to help Washington in the struggle for liberty…”  As Carson “flashed the weapon of America’s first great naval hero the crowd sent up a mighty shout.” 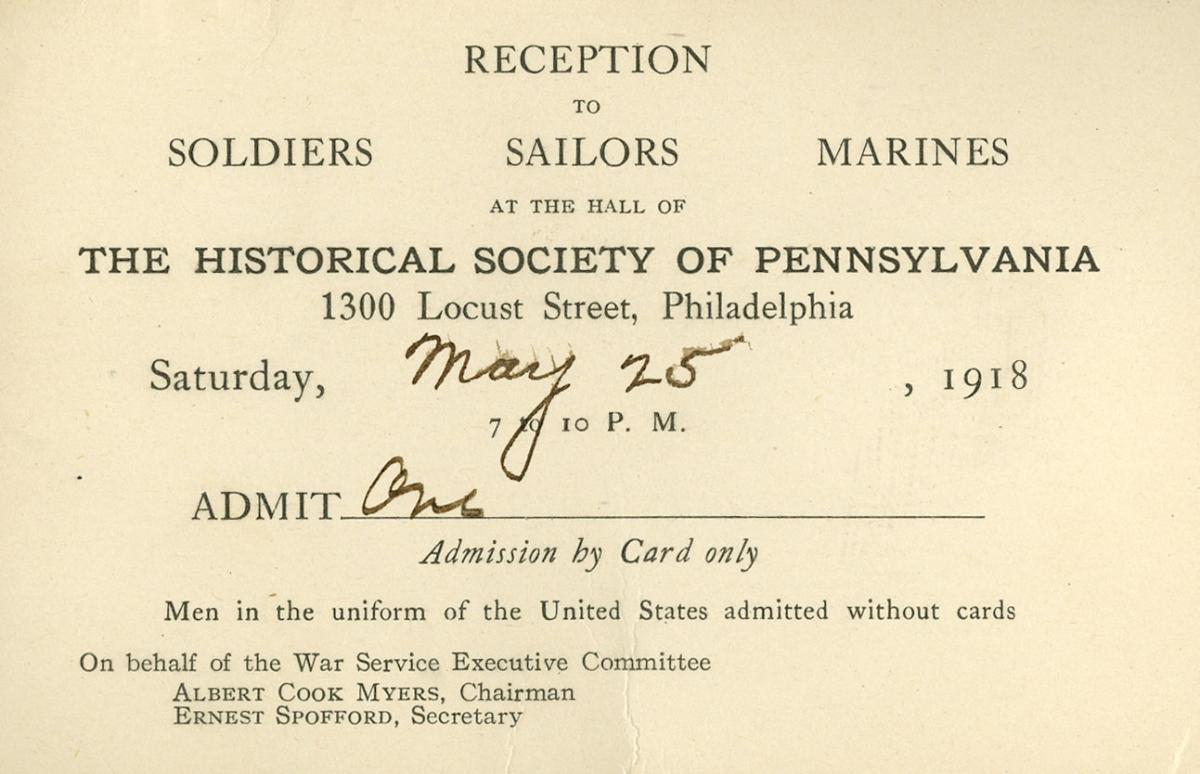 The Philadelphia Inquirer states that by the middle of April 1919, the Society had given its twenty-seventh reception to soldiers, sailors, and marines with nearly 27,000 guests having been entertained by the War Service Committee. Many of those in attendance had also included “wounded soldiers from the new base hospital in West Philadelphia,” on Thirty-Fourth and Pine Streets, who had been brought in automobiles to the building on Locust Street. The collections of the Society are not limited to just the 17th-19th centuries, but also include significant material, from posters to manuscripts, of the 20th-century as well. We encourage all to come and view these pieces of American History.