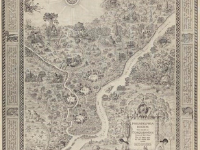 Learn more about the history of Lenape peoples in this region both historically and in contemporary times. Conversation will include discussion about the controversial federal recognition claim.  Confirmed speakers thus far are Nanticoke-Lenape tribal historians, including Cara Blume, whose research was the foundation for federal recognition claims for the Delaware and New Jersey Lenape tribe, Curtis Zunigha from the Delaware Tribe of Indians and the Reverend John Norwood, first principal justice of the Tribal Supreme Court. Along with local tribal history, the Historical Society will also join to discuss its Native American collections and important archival questions about erasure and self-representation.

This event is part of the Free Library’s One Book, One Philadelphia program. Events inspired by Tommy Orange’s novel There There will take place citywide from January 22 through March 18, 2020.

Cara Lee Blume (Nanticoke Lenni-Lenape) holds a Ph. D. in anthropology from the Catholic University of America. During her 35-year career with the Delaware Division of Parks and Recreation, she has served as cultural heritage program manager as well as archaeologist and historic preservation specialist. Her research has focused on the history of the Lenape and Nanticoke tribal communities in Delaware since contact with Europeans; use of the U.S. Census to identify native communities in Delaware; and segregation and the preservation of tribal identity in Delaware. Her research also served as the foundation for federal recognition claims by Delaware and New Jersey Lenape tribes.

Pastor John Norwood is a Nanticoke Lenni-Lenape Tribal Judge, served as a Tribal Councilman for fifteen years, and is the founding Pastor of Ujima Village Christian Church, a non-denominational congregation in Ewing, New Jersey. He serves as government liaison for the Confederation of Sovereign Nanticoke-Lenape Tribes, a union of the three interrelated tribal nations of Nanticoke and Lenape people remaining in the area of the Delaware Bay, and as a tribal delegate to the National Congress of American Indians (NCAI). Author of  We are Still Here, Pastor Norwood is devoted to promoting awareness of his tribal history as well as present issues.

Curtis Zunigha, an enrolled member in the Delaware Tribe of Indians in Oklahoma, is director of Cultural Resources at the tribe and has served for over 30 years in many capacities of culture and community, including as Chief of the Delaware Tribe of Indians from 1994 to 1998. He is a co-founder and co-director of the Lenape Center, a nonprofit corporation based in New York City which promotes the history and culture of the Lenape people (a.k.a. Delaware Indians) through the arts, humanities, and social identity. As a tradition-bearer of the Lenape culture he has proficiency in language, history, customs, singing and leading Lenape social dances.

We're committed to providing a safe and welcoming environment at all of our programs. Attendees, speakers, sponsors, staffers, and volunteers at HSP events are required to abide by our Code of Conduct.

Many of our programs are photographed or videotaped for scholarly, educational, and promotional use. By attending an event hosted by HSP, you give your consent to be photographed and videotaped. Footage of children under 18, however, will not be used without written consent from a parent or guardian.