Printer-friendly version
Home › Blogs › History Hits › The American Tragedy of the Essex, and the Whaling Industry of the Delaware Valley 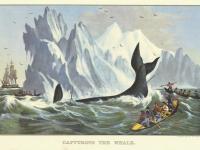 This month, the anticipated film In the Heart of the Sea will portray one of America’s most well-known tragedies. The film’s title is taken from Nathaniel Philbrick’s acclaimed historical narrative of the same title, whose subtitle, ”The Tragedy of the Whale ship Essex,” reveals the full account and tantalizing subject matter of what truly transpired to both ship and crew during those fateful years between 1819 to 1821. Most Americans today are acquainted with the story through Herman Melville’s 1851 novel, Moby Dick. The book tells  the harrowing experiences of  Captain Ahab aboard his whaling ship, Pequod, and their conflict with an vengeful whale. The actual fate, starvation and cannibalism of the crew of the Essex are left out in Melville’s novel. To the nineteenth-century American public however, these horrors were all too familiar.

In 1819, the American whaling industry was already well established. Whaling crews trawled vast territories from the Arctic to the Atlantic, as well as the Pacific oceans.  Then – as now – the business of catching whales was not without its dangers. Numerous ships, specifically from Nantucket’s prominent Quaker community, scoured the ocean in search of oil at the expense of life & limb as well as the destruction of their ships.  During one of his stints in Philadelphia, famous artist Nathaniel Currier of Massachusetts (later of Currier & Ives) portrayed the whaling industry in lithographic prints. The famous Quaker abolitionist Lucretia Mott, who would die at Cheltenham, Pennsylvania in 1880, was in reality a native of Nantucket Island and came from a large whaling family.

The Philadelphia area was no stranger to whales or to their potential monetary profit. As early as 1686, Robert Webb published an account of the “Province of Pennsylvania” that spoke of thousands of barrels of whale-oil obtained from captured whales. The Free Society of Traders’ of the Quaker City even added the “catching of whales” to their economic enterprise, founding a whalery on “Whalebone Alley.” In a letter dated 1683, William Penn himself makes mention how, “Whales are in great plenty for oil, and two companies of whalers, and hopes of finding plenty of good cod in the bay.”  Throughout the early 18-century, New Jersey colonial documents speak of whalers off  Cape May, New Jersey, constantly harpooning whales for their oil. As late as December, 1814, a “Spermaceti Whale” was “harpooned and taken by four barges after an arduous chase of three days, in the river Delaware, near Trenton Bridge.”  After being pickled, the whale was exhibited near the High Bridge at Kensington for an “Admittance {of} 25 cents—Children half price.” 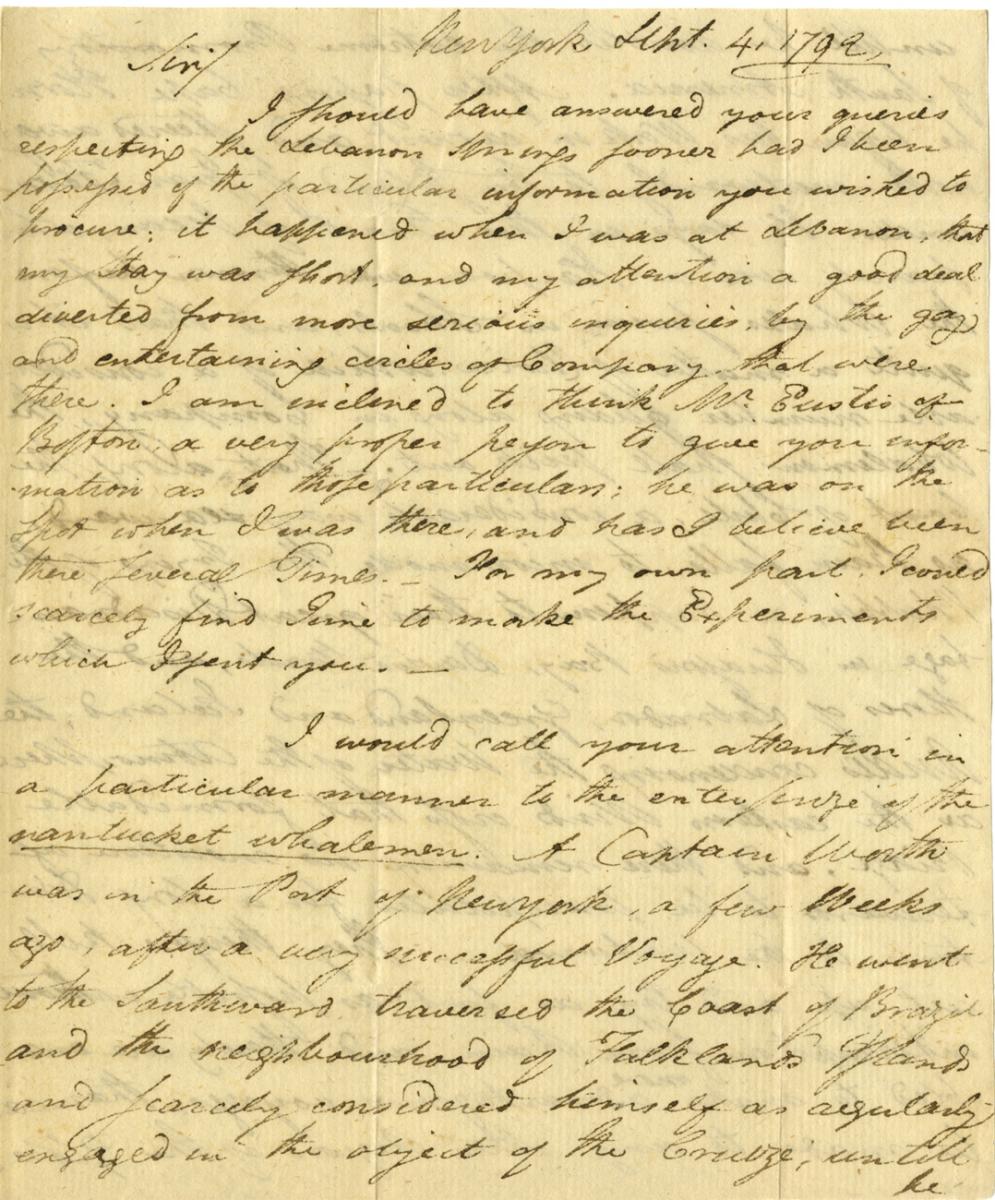 Also within the collections of the Historical Society of Pennsylvania is correspondence addressed to Jedidiah Morse (the father of American Geography) from Congressman Samuel L. Mitchell of New York dated for September 4, 1792. Mitchell speaks of the “enterprise of the Nantucket Whalesmen,” but particularly of Captain Worth (perhaps Benjamin Worth, master mariner from Edgartown, Massachusetts, who carried cargo around the world for prominent merchants), giving vivid descriptions of the whalers and their manner in hunting and harpooning the beasts off the coast of South America.

Incidentally, American whaling vessels and their crews were often seized in the area as recorded by Joel R. Poinsett (1779-1851). Poinsett served as the American agent to Latin America and Secretary of War during Pres. Martin Van Buren’s administration. The Poinsett papers can also be found at HSP. As with so many other topics and subjects, HSP’s collections are both varied and diverse. Nearly all of them are open to the public for enjoyment and education.

Dr. Rolph is a superb writer and storyteller. I always know is work will be stimulating and entertaining. As an educator, I would love a complete collection of his History Hits and other blog posts available in print to spice up lecture and serve as a starting point for research topics. I hope HSP truly utilizes his expertise and knowledge of the archives to put out something of value to the historical community.

Thanks, Dr. Rolph for your scholarship and insightful perspective to history.