The History of Our Nation's First Central Bank

The History of Our Nation's First Central Bank 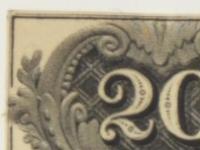 This first lesson focuses on how and why our first bank was started and financed. Students will see the bank in the context of the Revolutionary War and the importance of our founding fathers, while learning important financial literacy concepts such as loans, investing, and deposit/withdrawal.

This lesson aligns with the state standards, Common Core standards and Financial Literacy standards. It is meant as an overview of the basic functions of a bank and its role in the founding of the United States before diving more into financial literacy and currency in the following lessons. Providing students with an understanding of our economic history will help them understand both the functions of a bank and their own personal finances. Activities are included  and can be used in conjunction with any of the lessons within this unit.

How does continuity and change within the United States history influence your community today?

The History of Our Nation's First Central Bank PowerPoint

How to Make Your Own Paper

For additional content visit history.com for Hamilton and National Constitution Center for Morris.

You can find a simple method using old newspaper here.

Bank account: A personal place within a bank to deposit money and make withdrawals.

Benjamin Franklin: A major figure in the founding of our nation. He was involved in science, politics, and finance, and helped gain the support of the French during the Revolutionary War.

Charter: A written agreement that says how an organization will be run.

Colonial period: The time in American history when we were ruled by Great Britain.

Colonies: A group of people who settle in a new place but are often still governed by their homeland.

Deposit: To put something somewhere, such as putting money in a bank.

Finance:Tto give money for a project.

Founder: A person who invests their time or money to start something new.

Founding Father:  A man who played an important role in the creation of our U.S. government.

Fund: To provide money for something.

Invest: To place your time or money into something you believe is important.

Investor: Somebody who provides money or resources for a specific cause or group.

Loan: Money given temporarily that needs to be repaid.

Mint:  place where coins are made.

Revolutionary War: The war we fought against Great Britain to form The United States of America (1775-1783).

Withdraw: To take something out. Money can be withdrawn from a bank account.

This Unit Plan was created by Alicia Parks, Wells Fargo Education Manager at the Historical Society of Pennsylvania.