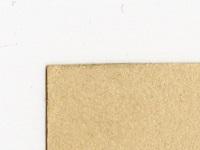 This Lesson Plan explores political cartoons related to the Civil War, the Presidential Elections of 1860 and 1864, and Reconstruction. These visual aids help in understanding the differing opinions before, during, and after the Civil War, as well as provide a perspective from those who actually lived it. The cartoons are listed in chronological order so teachers are meant to pick and choose as needed for lessons relating to the Civil War. General background knowledge needed for each cartoon is provided as well in a PowerPoint.

Storming the Castle
The National Game. Three "Outs" and One "Run"
The "Rail Splitter" at Work Repairing the Union
Southern Ass-Stock-Crazy
The Secession Movement
The Three Months Volunteer at Home
The Fair Thing
The Draft
Lincoln's Last Warning
The Great "Cannon Game"
"Rowdy" Notions of Emancipation
The True Issue or "That's What's the Matter"
Slow and Steady Wins the Race
How Free Ballot is Protected
Democracy: 1832, 1864
The Last Ditch of the Chivalry, or a President in Petticoats
The Man that Blocks Up the Highway
Andy. "Here, Bill, hand us up that poster! We may hide some of these old ones. They're played out!"
Out on Parole--Scene--A Southern Forest

1. Prior to using the cartoons, teachers can utilize the General Background Knowledge PowerPoint in order to choose which cartoons will work best as teaching tools or assessment pieces. The PowerPoint contains both background knowledge and vocabulary for each cartoon followed by the cartoons.

3. Take out the Political Cartoon Analysis Worksheet and together as a class show students how to analyze a cartoon. Use the cartoon, “The True Issue, or That’s What’s the Matter,” to model cartoon analysis. Follow the Phases and Questions below and repeat for other cartoons.

• What objects do you see?
• Write down the cartoon caption (if there is one).
• Locate words or phrases and decipher meaning.

• Symbolism and metaphors: A symbol in a cartoon is an image that is created to mean some other thing, person, idea, etc.  A metaphor uses an analogy to describe one thing as similar to something completely different.

o What is being ripped by Jefferson David and Abraham Lincoln?
o What is George McClellan's role in this?
o What does the map symbolize?

• Irony/Satire: Form of humor that is especially appropriate for political cartoons because it mocks the direct meaning of the image and represents a contradiction to that meaning.

o What was McClellan known as? What were Davis and Lincoln known as? Is any of this contradictory to previous knowledge?

• Stereotype: Oversimplification of a particular group. How are the characters or items shown in the cartoon represented? Which images are large and which are small?

• Exaggeration: A distortion of an object that enhances and highlights the aspect the author would like to become dominant to the viewer.

4. Answers should be discussed as a class. Then students may work in pairs or individually to fill in the columns for all cartoons assigned.

5. As an optional assessment, have students create their own political cartoon relating to the Civil War.

“Buck and Breck”: Nickname referring to Buchanan and Breckenridge.

“The Railsplitter”: This was President Abraham Lincoln’s nickname, used most often during the 1860 Presidential Election. It refers to the manual labor he completed for wages as a young man living on the frontier. The nickname was given to him to help his political appeal with workingmen.

“The Tennessee Tailor”: Nickname for President Andrew Johnson because he worked as a tailor prior to going into politics.

Andrew Jackson: President of the United States from 1829-1837. He was known as a strong leader against issues that arose within his cabinet. Rather than appeasing them, he discharged those he felt were hurting his administration.

Andrew Johnson: President of the United States from 1865-1869. He was Abraham Lincoln’s Vice President, and he became President after Lincoln’s assassination. He was known as a Southern sympathizer during Reconstruction because he vetoed several bills, including one that excluded representatives from states with Black Codes to serve, and he openly opposed the Fourteenth Amendment.

Confederacy: Refers to the Southern States that seceded and became the Confederate States of America.

Draft or Conscription: Compulsory enlistment of armed forces in a time of war.

Foul ball: In baseball, if you hit the ball outside the parameters of the base lines it is considered a foul.

George McClellan: Nicknamed Little Mac. He was a general during the Civil War and a presidential candidate during the 1864 election. He ran under the pretense of preserving the Union at all costs,and he attempted to appease both Northerners and Southerners.

James Buchanan: President of the United States from 1857-1861. He is generally remembered as one of the worst presidents.

Jefferson Davis: President of the Confederate States of America. After the surrender of the South and Lincoln’s assassination, there was a 100,000 dollar reward put out by President Andrew Johnson.for Davis' capture.  There was a rumor that he wore his wife’s overcoat while fleeing.

John Bell: Ran in the 1860 election under the Constitutional Union party.

John Breckenridge: Vice President from 1857-1861 and then a presidential candidate in the 1860 election. He was the Southern Democratic candidate, and Buchanan openly endorsed him.

Ku Klux Klan: Also known as the KKK. It began in the South during Reconstruction and took extremely violent actions against African Americans. The original KKK was started by six Confederate Army Veterans.

Short Stop: A position in baseball located on the infield.

Skunk Rule: In baseball, a team is skunked when there is no way they can win so the game ends before the other team can run up the score even more. Also known as the “Mercy Rule.”

Stephen Douglas: Political adversary to President Lincoln and a presidential candidate in the 1860 election. He campaigned hard for an union between northern and southern Democrats, yet it did not work and Abraham Lincoln was elected President.