New in the Library

New in the Library 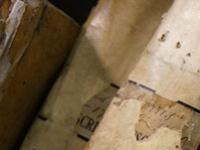 HSP's Library and Archive staff continue to catalog and make available new items for researchers, including newly-processed manuscript collections, reference works, and published histories. More information about these items can be found in Discover, HSP's online catalog. Follow the blog, New in the Library, to stay up-to-date.

HSP has a sizeable selection of titles relating to the Civil War, with several recently cataloged.

Notes from a Colored Girl by Karsonya Wise Whitehead

Emancipation, The Union Army and the Reelection of Abraham Lincoln by Jonathan W. White

A People’s Contest: The Union and Civil War by Phillip Shaw Paludan

To Live and Die in Dixie by David Ross Zimring

This Hallowed Ground by Bruce Catton

The Civil War in Pennsylvania: the African American Experience

Virginia 1850-1860: An Amherst County Index to the U.S. Slave Schedule by Tyrone Brown

More information about collections relating to the Civil War can be found in HSP's subject guide.

HSP is a great place for genealogical research, thanks, in part, to our large collection of published genealogy and family history books.

In Search of a New Eden by Joan Magee

Virginia 1850-1860: An Amherst County Index to the U.S. Slave Schedule by Tyrone Brown

Storied Dishes: What Our Family Recipes Tell us About Who We Are and Where We’ve Been by edited by Linda Murray Berzok

My Father’s Testament by Edward Gastfriend

The Descendants of John Baker by Fred G. Baker

More information about genealogy and family history collections can be found in HSP's subject guide.

The selection of ethnic history books at HSP continues to grow, expanding the institution's 2012 merger with the Balch Institute for Ethnic Studies.

The Galitzianers by Suzan Wynne

Salute to the Romanian Jews in America and Canada by Vladimir F. Wertsman

From Kabul to Queens by Sara Y. Aharon

Hanes Cymry America/A History of the Welsh in America by R. D. Thomas

Down from the Shimmering Sky by Peter MacNair, Robert Joseph, Bruce Grenville

More information about Balch Institute of Ethnic Studies collections can be found in HSP's subject guide.

HSP's reference collection, available in the Library, has been bolstered with several new additions to help researchers get a foothold in various topics.

Genealogy: Family Tree Research Made Easy by Poppy Sure

The Colonial Background of the American Revolution by Charles M. Andrews

Privy to the Dead by Sheila Connolly

A Tribute to Tanks by Clyde Hoch

Visions of Teaoga by Jim Remsen

The Oregon Trail by Rinker Buck

Landing Page
New in the Library