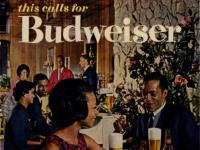 Though students do not need specific historical understanding for this lesson, a very general understanding of the timeline of the long civil rights movement in American history will be helpful.

Please note that some of the historical documents included in this lesson depict African Americans in a demeaning and negative way; indeed, the nature of those depictions is the focus of inquiry for this unit. For this reason, this lesson will be most successful in a context where students have practice addressing sensitive topics with respect and in a spirit of academic inquiry.

Note that the procedure for this lesson and for the lesson on images of women is the same. Repetition of this protocol will help students understand historical concepts and develop historical thinking skills.

Remind students of the way that they analyzed contemporary advertisements (see the first lesson in this unit, What Ads Tell Us).

One by one, present students with the advertisements ranging from 1939 to 1987. For each document, ask students to answer the following questions:

What is the message of this advertisement?

Who was the intended audience for this advertisement?

What ideas or beliefs about the role of African Americans does this ad reveal?

Here are sample answers to these questions using the Monsanto ad from 1939:

What is the message of this advertisement?

Who was the intended audience for this advertisement?

What ideas or beliefs about the role of African Americans does this ad reveal?

Note that there are six ads included in this lesson, and asking each student to analyze each ad may take too long. One option might be to present each ad briefly in a slideshow, and then “jigsaw” the analysis task by assigning one or two ads to various groups of students, who can then present their findings to the class. Another option would be to cut down on the number of ads you present. A final option, of course, would be to spend more than one hour on the lesson.

To complete this lesson, students must answer the central historical question by making a historical claim and supporting that claim with evidence from the documents. Teachers can ask students to do this in discussion or in writing (or both). The question asks: How (and why) did images of African Americans in American advertising change during the 1900s?

In general, readers of the documents used in this lesson will find that images of African Americans changed over the course of the 1900s to gradually depict more varied roles for Black men and women, reflecting a corresponding expansion of possibilities for them in American life -- including, of course, their increased share in the consumer market. The earliest ads, such as those for Monsanto and Schenley’s Cream of Kentucky, portray African American men and women occupying servile roles in attitudes evocative of a romanticized South and a minstrel show, respectively. The 1960 Northern Pacific Railway ad presents a more respectful depiction of a kindly older African American man, but he too is clearly marked as a servant by his porter’s cap reading “Attendant.” The Budweiser ad from 1963 is the first in this group of documents to show African Americans as consumers of the product being advertised, and indeed the affluent people portrayed enjoying themselves in the ad contrast in almost every way with their counterparts in earlier advertisements. The figure depicted in the Celanese Fortrel Polyester ad is not only someone to be emulated by the viewer, but a specific someone to be admired as a role model: Hank Aaron, the famous baseball player. Finally, the 1987 ARCO Chemical Company ad is the first in this group to portray Black and white people together -- though they are children, which may suggest a certain lingering timidity on the part of the ad’s creator to depict interracial relationships.

To help students answer the “why” part of the central historical question, ask students to consider historical context. Why might depictions of African Americans in the media have changed between the 1940s and 1960s? In answering this question, push students to identify not only the civil rights movement, but also to remember that advertising’s purpose is to sell products. As the twentieth century progressed, advertisers targeted African Americans as separate consumer market.