Meeting with the Mennonites

Meeting with the Mennonites 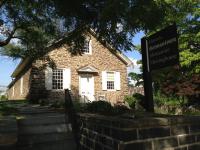 Although it is now a neighborhood in the northwest part of Philadelphia, Germantown was founded by German Quaker and Mennonite families in the 17th century as an independent community.  It was the first permanent Mennonite settlement established in this part of the world. In 1708, the Mennonites built the first Mennonite Meetinghouse in America along what would become Germantown Avenue. This meetinghouse is no longer standing, but the Mennonites built a “new” meetinghouse on the same spot in 1770. 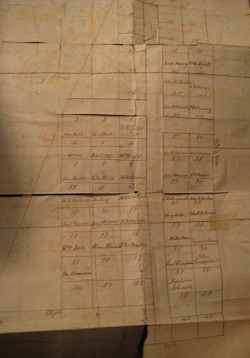 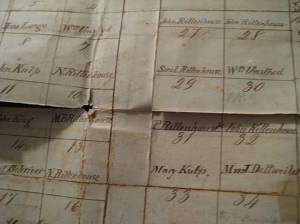 The Germantown Mennonite Historic Trust also cares for about 80 linear feet of archival materials, located in the Fretz Center, next door to the 1770 meetinghouse. Almost all of the Trust’s archival collection consists of its own records, which date primarily from the mid- to late 20thcentury, but there is also a small collection of materials from the Woman’s Club of Germantown, which was in existence from 1917 until the early 1980s. 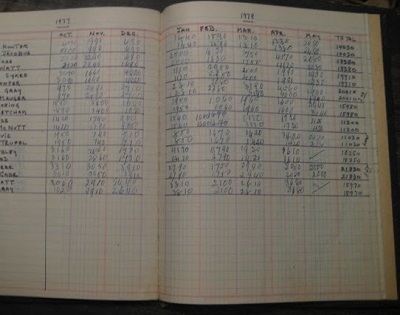 A score-keeping book for bridge games played by the Woman's Club of Germantown, 1977-1978

A very small amount of papers from the Johnson family, primarily letters from the 1820s to the 1870s, can also be found at the Fretz Center. Pictured below is a letter written by a sibling on May 23, 1838 to Ellwood Johnson while he was at “West Town B[oarding] School”, today known as Westtown School, in West Chester, PA. 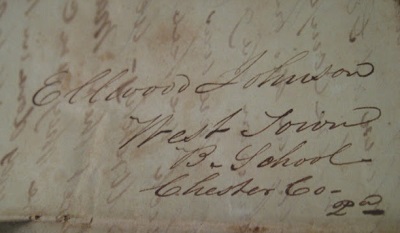 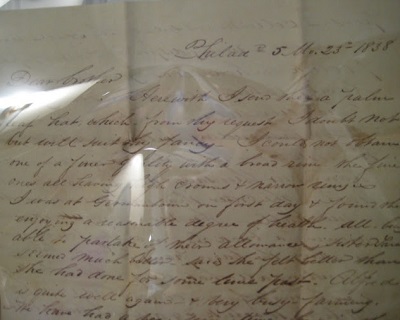 "Dear Brother, Herewith I send thee a palm leaf hat…I could not obtain one of a fine quality with a broad rim. The fine ones all having high crowns and narrow rims..."

Hopefully Ellwood was not too disappointed that he didn’t get a broad rimmed hat!

If you are interested in reading more letters from various Johnson family members, or looking for research materials on Mennonite history or the other sites with which the Trust was once associated (e.g. the Johnson House Historic Site or RittenhouseTown Historic District) visit the friendly members of the Germantown Mennonite Historic Trust at the Fretz Center and see what you can find!

For more information on the Germantown Mennonite Historic Trust and its archival collections, visit its website at http://www.meetinghouse.info/, email gmht@meetinghouse.info, or call (215) 843-0943.