Run (Away) to Johnson House

Run (Away) to Johnson House 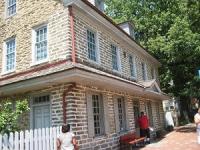 The Colonial Georgian structure of the Johnson House looks beautiful today, but imagine how good it must have looked in the early 19th century to enslaved African Americans on a harrowing trek northward. The Johnson House was a stop on the Underground Railroad for many Freedom Seekers passing through Philadelphia.

Built in 1765-68 by John Johnson, Sr. (1709-1794), the house is one of the oldest existing homes built for year-round occupancy in the Germantown section of Philadelphia, Pa. The Johnsons were active members of the Religious Society of Friends (Quakers), the earliest and most active religious denomination to oppose slavery in the United States. But even among Quakers the Johnsons were exceptionally active in their anti-slavery efforts. Samuel Johnson (1777-1847) moved into the house in 1805 after marrying Jennett Rowland (1784-1876). Six of their ten children--Joshua, Sarah, Rowland, Israel, Ellwood, and Elizabeth--would participate in the abolitionist movement. 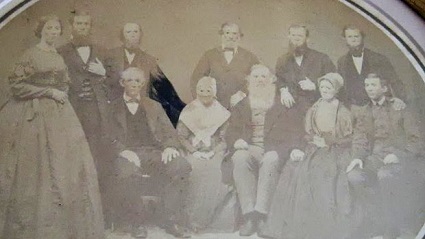 The list of organizations with which the Johnson family was involved is practically a catalog of anti-slavery and freedmen's aid organizations in the area. Rowland Johnson (1816-1886), the most well-known of the siblings, even served as Vice-President of the American Anti-Slavery Society. The family was also associated with many nationally famous abolitionists, including William Lloyd Garrison, James and Lucretia Mott, the Grimke sisters, Robert Purvis, and John Greenleaf Whittier.  The Johnson House is a documented stop along the Underground Railroad, where the family provided shelter, food, and clothes as needed to fugitive freedom-seekers.

Don Papson and I are completing a book about Sidney Howard Gay and the Underground Railroad. Rowland Johnson occasionally played a role with Gay in assisting fugitives after he moved to NYC.

Would you have an image of Rowland Johnson that we can use for our book?

Thank you for your interest, Tom. I am not sure whether or not Johnson House has an image of Rowland Johnson. Contact them directly at info@johnsonhouse.org or (215) 438-1768 to ask.

Rowland Johnson is included in the family portrait above, but you will have to contact the Johnson House for reproduction rights and a higher-quality scan.