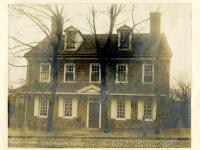 On June 19, 1865, two-and-a-half years after the Emancipation Proclamation went into effect, the Union Army arrived in Galveston, Texas, bringing with them the news that all enslaved people in the state were now free. This past weekend, people all over the United States held “Juneteenth” celebrations in honor of slavery’s end, and more celebrations will be held today, on the event’s 148th anniversary. One site of celebration this weekend was Germantown, Pennsylvania, home of the the historic Johnson House (pictured above), a rare preserved Underground Railroad landmark, which holds annual community festivals in honor of Juneteenth.

The events of the day included a panel discussion on “William Still’s Journal C Manuscript and the Underground Railroad” and “special guest appearances” by Harriet Tubman and Henry “Box” Brown, whose true-life adventures are chronicled in William Still’s manuscript Journal C and his published book, The Underground Railroad.* Appropriately, the Historical Society of Pennsylvania’s own William Still Digital History Project also got a shout-out. In this project, we are using text encoding and developing mapping tools and contextual materials to explore the experiences of women, men, and children mentioned in these two documents who braved incredible risks to attain their freedom and the courageous networks of agents, advocates, and “conductors” who aided their journeys.

When William Still was recording the narratives of the fugitives aided by Philadelphia’s Vigilance Committee in the 1850s, he had no idea that the end of the institution of slavery in America was so near at hand. Nor did the fugitives whose varied stories he recorded in Journal C and later published in The Underground Railroad. No longer willing or able to wait for freedom, they took their fate in their own hands at great risk and, often, at great cost: separation from their families and loved ones. As risky as it was, Still explains in the preface to his book, he kept these notes in the hopes that the facts he recorded might help family members separated by slavery and flight reunite eventually. As he wrote down “their hopes, fears, and sufferings,” he had “expectation, however, that the day was so near when these things could be published” (The Underground Railroad, 4). 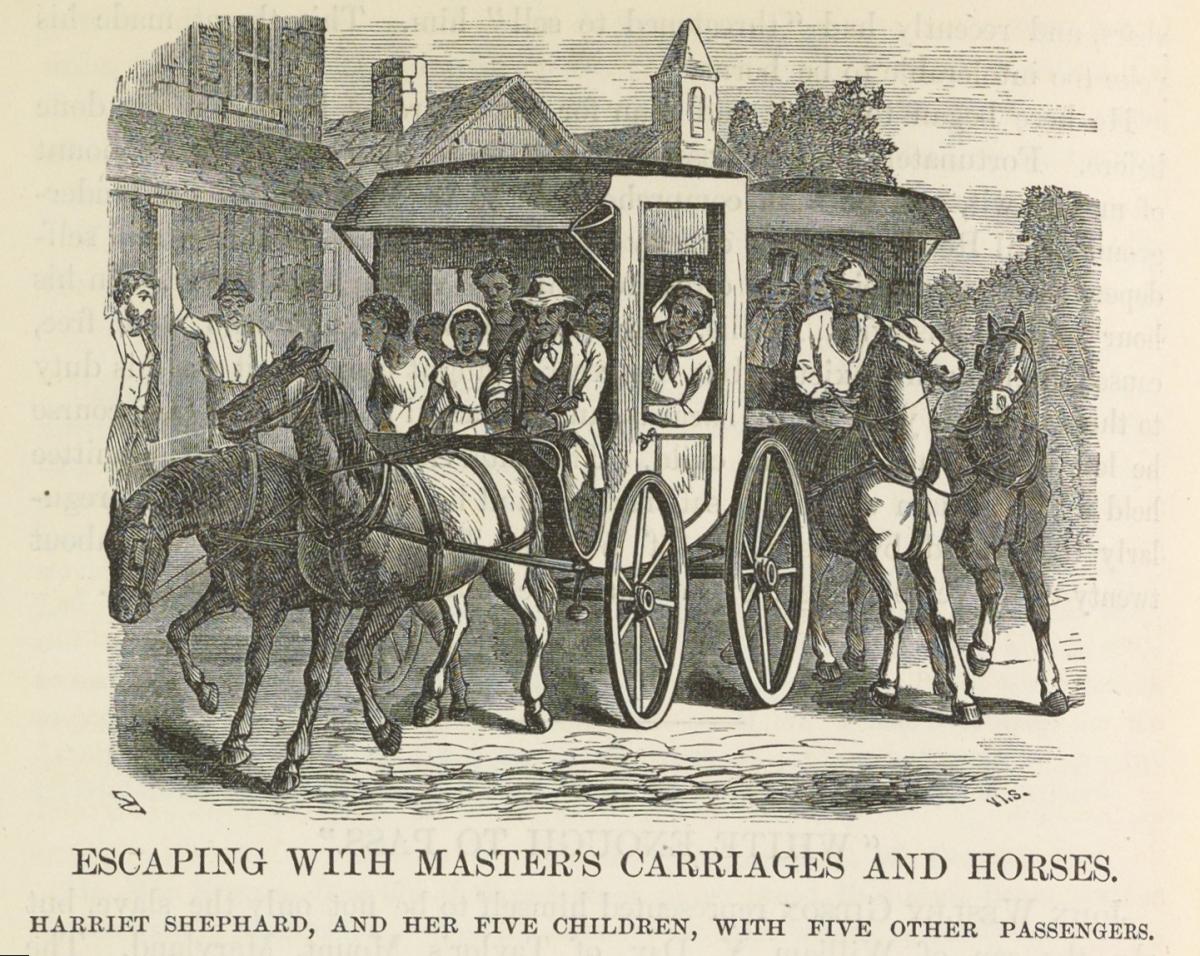 Illustration from The Underground Railroad of the Shephard family's escape from slavery. The caption reads: "Escaping with master's carriages and horses. Harriet Shephard, and her five children, with five other passengers."

In 1865, Still, along with millions of Americans, celebrated the end of slavery. But his journal and book bear witness to many more earlier celebrations of the liberation of individuals and families from bondage. Whenever a fugitive made it safely to freedom—and whenever family members separated or threatened by slavery were able to stay together or reunite—it was cause for rejoicing. In the first phase of our project, we are focusing on three families who struggled to find freedom together: the Shephards, the Wanzers, and the Taylors. But Journal C and The Underground Railroad contain the stories of many more individuals and families who had reason to celebrate slavery’s end.

It is these stories that we hope to illuminate and celebrate in the William Still Digital History Project. Happy Juneteenth, everybody!

* Correction, Nov. 14, 2014: The original version of this post incorrectly listed the first name of Henry "Box" Brown as William.

http://hsp.org/blogs/fondly-pennsylvania/celebrating-slaverys-end
I am more than a little surprised that this page refers to Henry Box Brown as WILLIAM Box Brown when William Still himself refers to him as Henry Box Brown as, of course, Henry Box Brown himself does in his autobiography. I'm sure it is a simple typo but I would hope that the fact of its repetition in other sources from the 1850s on could be corrected in this page on the website of the institution that holds William Still's marvelous collections.... a great treasure indeed.

Thank you for catching that embarrassing typo! It has been corrected, and the original error noted.