“No Money for Schools”: A Familiar Refrain

“No Money for Schools”: A Familiar Refrain 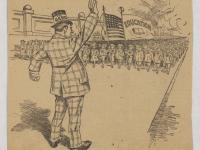 [Editor's note: the following blog post was written a few weeks prior to publication. The cigarette tax legislation mentioned in the first paragraph was just signed into law.]

September 8, 2014, was the first day of public school here in Philadelphia. The dire state of the city’s schools is well-known to many Americans by now; in the face of an approximately $81 million budget gap, schools have closed, thousands of teachers and support staffers—including nurses, janitors, counselors, and bus drivers—have been laid off, class sizes have swelled, and educators and administrators have been reduced to begging for basic materials such as paper and pencils on internet crowdsourcing platforms. Over a thousand more layoffs are in store if state legislators do not pass legislation in the next few weeks that will allow Philadelphia’s City Council to levy a controversial $2-per-pack tax on cigarettes that, it is hoped, will raise approximately $49 million for the city schools during the 2014–15 academic year.

As we’ve worked to select and research approximately 500 political cartoons for inclusion in a digital history exhibit as part of the Historical Society of Pennsylvania’s Historic Images, New Technologies (HINT) project, we’ve come across several cartoons that comment on Philadelphia’s public schools in the early 1900s. A handful of cartoons from October 1907, clipped from the Philadelphia Record, focus on a challenge faced by the city's schools. In the cartoon below, as in the cartoon above, the Record’s cartoonist, John De Mar, contrasts images of innocent children and indignant citizens against caricatures of corrupt members of Philadelphia's political "machine." 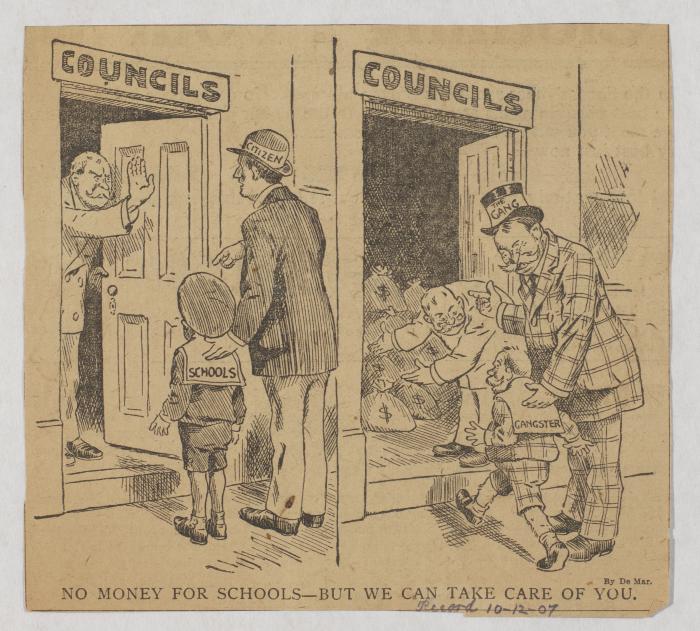 John L. De Mar, "No Money for Schools—But We Can Take Care of You," Philadelphia Record, October 12, 1907 (HSP Cartoons and Caricatures collection, #3133)

I would love to see the Record's print commentary on this issue (sadly, full issues of the Record for this period are hard to come by). Combing through back issues of the Philadelphia Inquirer in online databases, however, helps to fill in the details behind the drawings. In October 1907, Philadelphians were preparing to vote on a $10 million loan bill. If passed, it would provide $2.5 million to the Board of Education for the annual budget for 1908—not an insignificant sum, but only half of the $5 million the board needed to maintain school sites and build new school buildings. 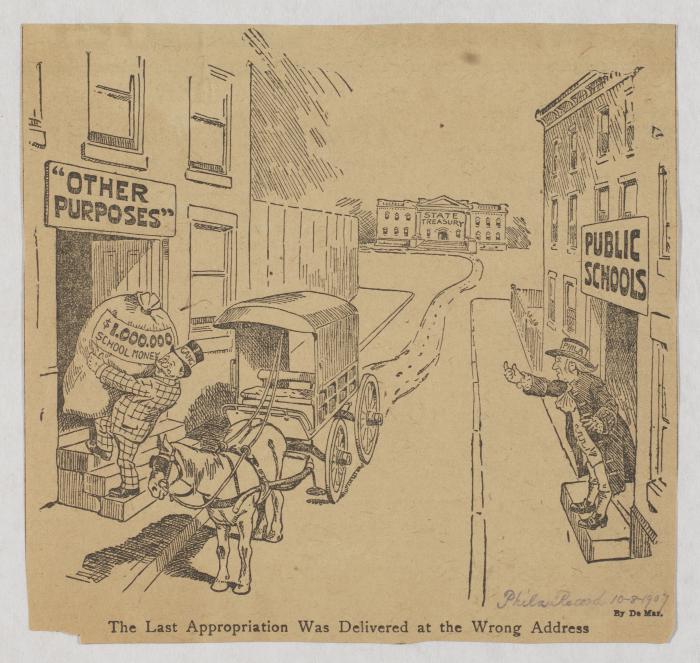 If the bill failed, no school loan could legally be made until the following November. Philadelphians thus faced an unpleasant choice: vote yes to the hefty loan bill, accept the limited funds for schools, and try to struggle on, or reject the bill entirely and allow the schools to languish for another year. The bill ultimately passed by a large majority. 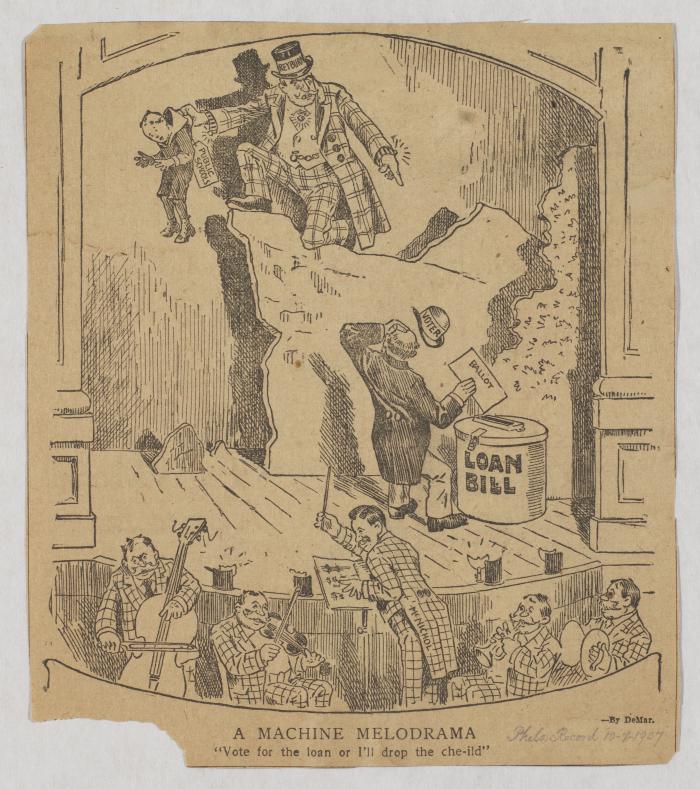 Sadly, it’s all too easy to draw direct parallels between the challenges facing the schools then and  now. Researching political cartoons is a fun job, but it's depressing to realize that while we’ve made progress in many areas of American life between 1907 and 2014, the magnitude of the challenges facing Philadelphia’s schools has only gotten worse.