Dinner with the Penns

Dinner with the Penns 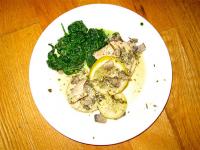 As you might expect, the Historical Society of Pennsylvania has a large collection of materials related to the founding father of Pennsylvania, William Penn.  Much to my delight, many recipes of Penn’s first wife Gulielma Maria Penn have been preserved in The Penn Family Papers, an impressively large collection of personal written materials by William Penn and various family members.  The cooking recipes were collected into a 4-part manuscript totaling more then 150 pages towards the end of the 17th century at the request of Gulielma and Penn’s son William.  You can see in the images below that the original recipes are very difficult to read, which is largely due to the rushed manner in which they were transcribed and their use of 17th century spelling and words that are obsolete today.  Luckily, HSP has an excellent transcription of the cookbook by Evelyn Abraham Benson that came in very handy in clarifying the cooking instructions and explaining the book’s origins.  This week, I tested out two excellent recipes for “A Tart of Spinage” and “Fregasy of Chicken” which would like to share with you below:

Too Make a Tart of Spinage

Above: original recipe "Too Make a Tart of Spinage" by William Penn’s first wife Gulielma Maria Penn from the Penn Family Papers. Below: transcription by Evelyn Abraham Benson:

“Take a good Dele of spinaige and boyle it in water and a Littell salt, and when it is boyled well Drain out the water very Clene, take the yeolks of eggs and Creme strain them with the spinaige through a strainer, and seson it with suger, put too it a slise of butter then put them in the Coffen. and boyle them--” (Benson, 151).

Too Make a Fregasy of Chicken 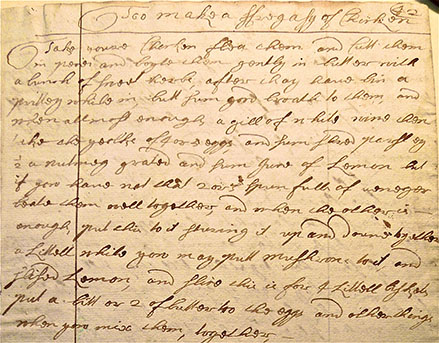 Above: original recipe "Too Make a Fregasy of Chicken" by William Penn’s first wife Gulielma Maria Penn from the Penn Family Papers. Below: transcription by Evelyn Abraham Benson:

“Take your Chicken flea (flay) them and Cutt them in peces and boyle them gently in butter with a bunch of sweet herbs, after they have bin a pretty while in, putt sum good broath to them, and when allmost enough, a gill of white wine then take the yeolks of 4 or 5 eggs, and sum shred parsley 1/2 a nutmeg grated and sum juce of Lemon but if you have not that 2 or 3 spunfulls of vinegar beate them well together, and when the other is enough, put this to it sturring it up and downe together a Litell while you may putt mushroons to it, and slised Lemon, this is for 4 Littell biskets putt a bitt or 2 of butter too the eggs and other things when you mix them together--” (Benson, 29).

On to the Cooking 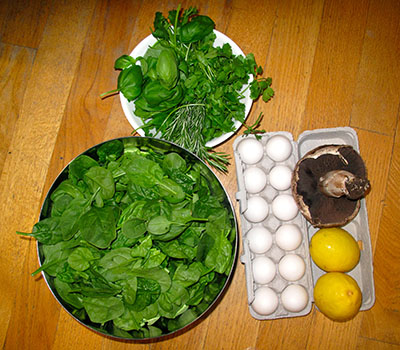 The general instructions in these recipes sparked a few challenges for me, but also allowed room for more personal creativity when cooking, unlike modern recipes which specify cooking times and ingredient measurements down to the minute and teaspoon and leave less room for diversion.  This was more an issue with the chicken then the spinach.  At the beginning of the recipe, the instructions tell the cook to gently boil the chicken in butter with some sweet herbs, but does not explain what gently boiling chicken in butter might look like or specify how much butter or what kind of herbs to use.  These details were likely not included because a 17th century cook would not have easy access to ingredients, unlike modern cooks who can drop by their local grocery store to pick up extra butter or fresh cilantro even when it’s out of season.  I decided that a healthy half stick of butter would suit my needs, along with a large helping of freshly chopped basil and rosemary.  For my purposes, “boil in butter” translated into pan frying the chicken in melted butter on very low heat and covered with a lid.  Similarly, I was left to decide when and how much broth and wine to add to the chicken.

Although the recipes’ lack of cooking specifics initially left me feeling uneasy, having the creative leeway to make my own decisions about cook-time and ingredients actually turned out to be refreshing.  Replicating these 17th century dishes was more simple and relaxed compared to trying out some modern recipes that require intensive attention to details and timing.
If you’re wondering how long I cooked the chicken or spinach, I could only give you a rough estimation because I wasn’t focused on time.  The chicken cooked for about 45 minutes on a very low heat while the spinach boiled for roughly 5 minutes and then was reheated and kept warm in a pan after straining out the water pouring whipped egg yolks and cream through the spinach as it sat in the strainer. 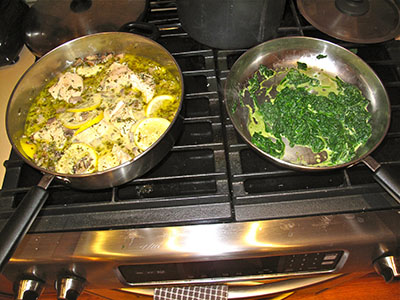 Looking at the picture above, you might mistakenly assume that I immediately dug into the chicken and spinach when they were finished cooking.  Perhaps a bit too relaxed when working through the recipes, I failed to notice that the chicken dish was meant to be served over biscuits.  Less then 10 minutes until the dishes were ready to be served and I realized-- no biscuits!  Since the herby white wine sauce that had been stewing along with the chicken for nearly an hour had collected all sorts of flavor, serving the chicken without some sort of bread to soak up the sauce would essentially be leaving a key component out of the dish.  Luckily, I was able to put the meal on hold while my dinner guest kindly volunteered to run out in search of appropriate bread and returned with a box of biscuits from Popeyes.

While I could go on to romanticize that pairing 17th century Penn family dishes with biscuits from a fried chicken fast food chain was an innovative fusion of historic cooking with modern food, the combination was simply comical, unplanned, and tasty.  Initially, I expected that cooking an entire meal from Gulielma Penn’s recipes would have allowed me to imagine inviting the Penns over for a dinner party.  As I sat down to eat and tried to reflect on the history behind the food before me, I couldn’t help but laugh at the thought of Gulielma and William Penn sitting in my kitchen when a box of Popeyes biscuits was on the table before me.  Although the meal may not have turned into the transformative historic experience I had anticipated, the vague instructions in these historic recipes gave me the creative freedom to make them my own and left me with new confidence in my cooking abilities.  The chicken was phenomenal-- definitely the best I’ve ever cooked-- and no doubt this is the result of my interpretation of how much butter and wine should be used in the sauce.  Though I would not recommend these dishes to my health-conscious friends, they have certainly earned a permanent place within my personal collection of recipes-- a perfect example of how history can be made relevant through food. 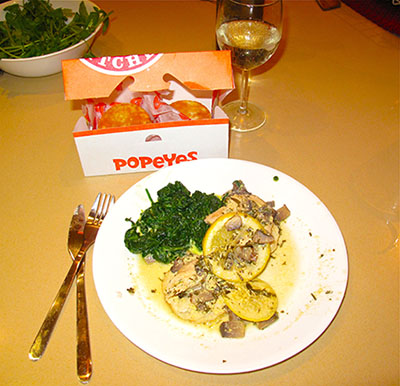 Come back next week for a special blog on Reading Terminal Market that will be the final installment in this food history series A Philly Foodie Explores Local History!