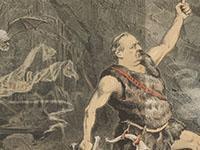 Work on the Historic Images, New Technologies (HINT) project continues to progress. After surveying nearly 1,700 political cartoons in HSP's collections (there are still thousands more!), we have selected the 500 or so that will be featured in an online exhibit demonstrating some of the cool new image viewer and annotation tools we're developing as part of this project, and now we're digging into the preliminary research—finding out who the artists were and where and when these cartoons were published. As exciting as this work is, as the summer months stretch on, it can be hard to concentrate—I can't help but daydream about running off to the shore.

Maybe the cartoons are partly to blame. It's clear from some of these cartoons that even distinguished presidents such as Abraham Lincoln, James Garfield, and Grover Cleveland had to take a break from politicking at times to work on their  beach bods. As this Currier & Ives lithograph documents, Honest Abe was a regular at his local gym, the Political Gymnasium(TM). Lincoln may have won the presidential election of 1860, but he lost the lesser-known Beefiest Biceps competition of that year to vice presidential candidate (for the Constitutional Union Party) Edward Everett, seen here single-arm-shoulder-pressing his running mate, John Bell, above his head. 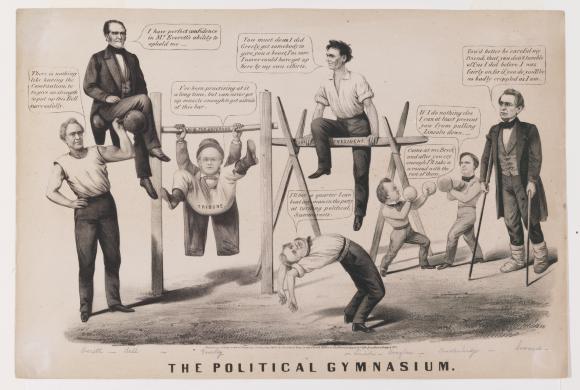 You don't have to go to the gym to get in a good workout, however. Presidential candidate James A. Garfield took the occasional break from the 1880 campaign trail to clear his thoughts, commune with nature, and tone his upper body by engaging in his favorite pastime: gardening. Programming note: when wielding sharp objects, such as the scythe of Honesty, Ability, and Patriotism, always exercise caution. Be sure to apply sunscreen regularly, and watch out for venomous snakes! 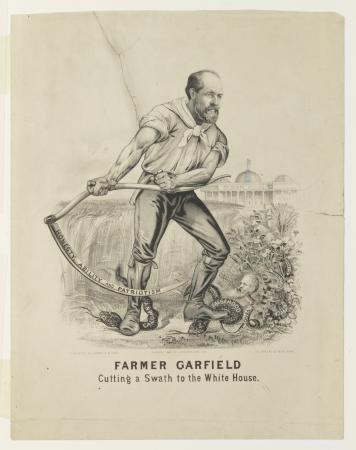 But when it comes to impressive physiques, there is simply no competing with Grover Cleveland. "Grover Cleveland?" you may ask. "I mean, the man was no Taft, but wasn't he a little...paunchy?" (For context, here are a few of the first Google Image search results for "Grover Cleveland.") 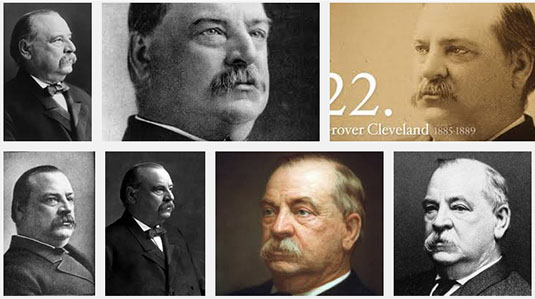 Look, Grover Cleveland does not have time to correct your misperceptions about his level of physical fitness. That's because when he's not swinging the Sword of Sound Policy at the Great War Tariff Dragon in the Political Dismal Swamp, he's fighting in the 1880s equivalent of the WWE under the stage name "Siegfried the Fearless." Grover Cleveland is intense. Don't believe me? Let this Joseph Keppler cartoon from Puck magazine speak for itself: 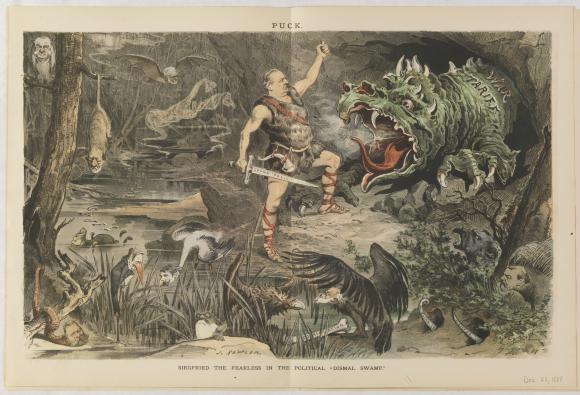 If there's a lesson we can learn from these cartoons, it's that exercise is an important aspect of maintaining a healthy lifestyle, but it's also possible to overdo it. If you're putting yourself in mortal danger just so you can look buffer than your political rivals, you might want to rethink your priorities. After all, you don't need to be skinny, or muscle-y, or young, or conform to any culturally-constructed aesthetic ideals in order to go to the beach and have the time of your life. Take it from these anthropomorphic representations of late-19th-century European political movements: everybody else is too busy playing in the sand and the surf to judge you on your looks. 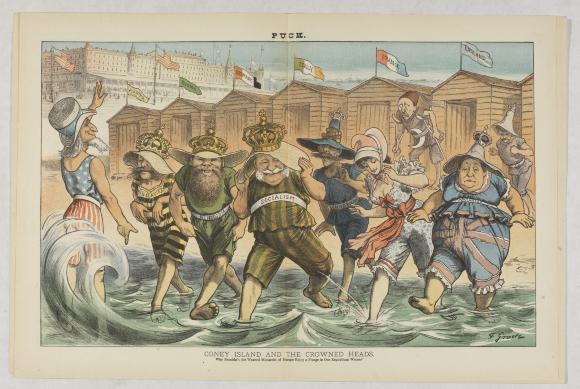