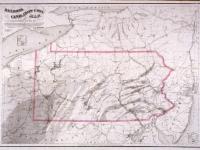 This summer, we've been working through various technical details for the William Still Digital History Project.

Building on the foundation we began in our past digital history projects, we're using XML to encode William Still's manuscript journal, held in trust by HSP on behalf of the Pennsylvania Abolition Society, and his 1872 published book, The Underground Rail Road, to meet the standards of the international Text Encoding Initiative (TEI). This encoding will allow us to do some pretty cool interactive things with the texts. (For a brief explanation of how text encoding works, check out this blog post from a previous project.)

But we’re also testing out some new mapping features with the William Still project, and new features mean new technical details to be untangled.

For one thing, we’d like to build a network map of the people mentioned in Still’s works. You’ve probably seen these kinds of “six degrees of separation” graphics before: people’s connections are represented graphically by a series of circles (people) and lines (relationships): 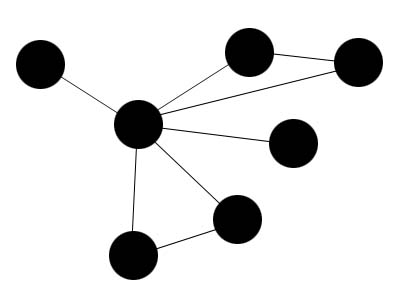 On the surface, that sounds straightforward. We should make sure that lines connect parents and children, and connect Underground Railroad conductors with the people that they aided.

But when you get into specific personal stories, you find many more decisions waiting.

Is it enough to connect a parent and child, or should we connect siblings too? What about adult siblings, who have their own families; do we want to draw lines between a man and his brother-in-law, or between a woman and her nieces and nephews? What about non-family relationships? Do we want to draw lines between two fugitives who fled to freedom together, or between a fugitive and an abolitionist who helped him or her in some way? What about the people working against freedom, who informed on fugitives or worse?

My colleague Rachel and I are working through those issues as they come, and we'll no doubt make some adjustments once we see a draft of our data in visual form.

In addition to the network map, we’re also working on creating a geographic map of important locations in Still's works.

For this project, the "important locations" are ones that relate to the people profiled in Still's works: the places where people fled, where they rested, where they settled. We are working with our web developers to build a map that will allow users to follow fugitives' paths, see where fugitives ended up, and see the relative importance of various locations in moving people northward.