Political Cartoons and the Classics

Political Cartoons and the Classics 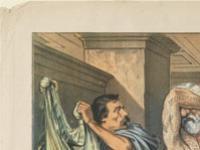 As part of the Historical Society of Pennsylvania’s Historic Images, New Technologies (HINT) project, we’ve been researching over 500 political cartoons and have come across a number of cartoons that humorously reinterpret famous works of art and literature.

“Phryne before the Chicago Tribunal,” published in the June 4, 1884, edition of Puck, parodies Jean-Léon Gerôme’s famous 19th century painting Phryne before the Areopagus. In the 1861 painting by Gerôme, an ancient Greek courtesan named Phryne is on trial for a capital crime. Hypereides, her lawyer, fears she will be convicted, and so he brings her before the tribunal and removes her robes. Phryne’s beauty overwhelms the tribunal and they acquit her. Bernhard Gillam, the cartoonist of “Phryne before the Chicago Tribunal,” pokes fun at the 1884 Republican presidential candidate James G. Blaine by depicting him as the courtesan Phryne in Gerôme’s painting. Blaine is covered in tattoos illustrating his corrupt political dealings.. Whitelaw Reid, editor of the New York Tribune, takes the role of Hypereides and unveils Blaine to the stunned ancient Greek tribunal made up of prominent 19th-century Republicans including George W. Curtis, William M. Evarts, Carl Schurz, and Theodore Roosevelt. 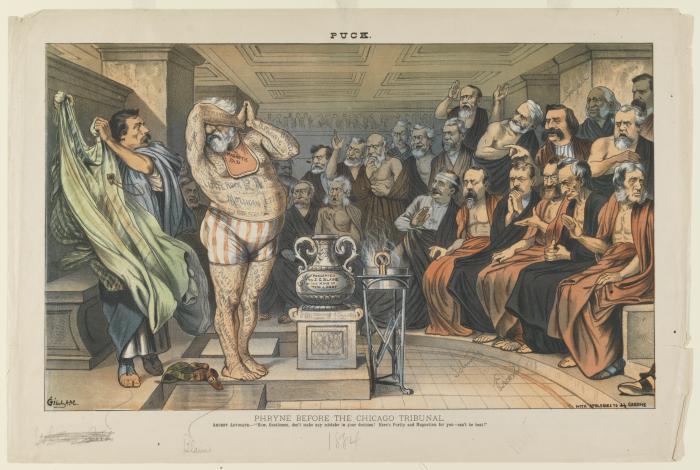 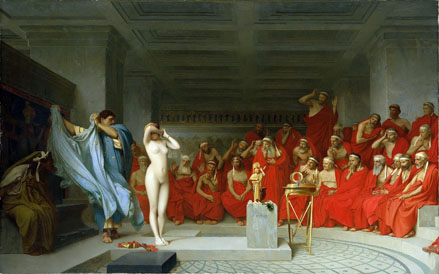 Phryne before the Areopagus by Jean-Léon Gerôme, circa 1861, Wikimedia Commons

The following cartoon pokes fun at Boss Tweed by turning him into the Trojan Priest Laocoon. In the famous ancient sculpture entitled Laocoon and his Sons, sea serpents attack and kill Laocoon and his sons. In the cartoon below entitled “The Modern Laocoon,” Boss Tweed and his ring are attacked by a sea serpent labeled “The Press”. 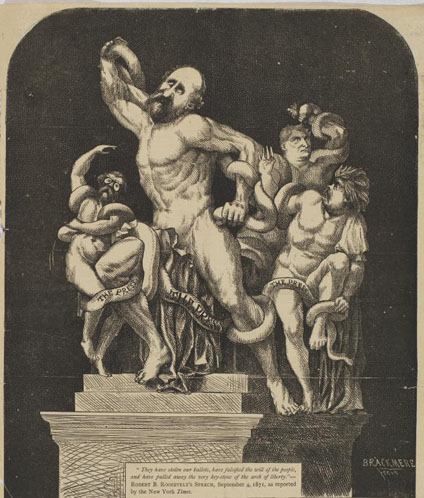 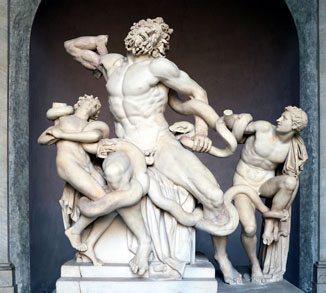 Laocoon and his Sons, Marble, copy of Hellenistic original ca. 200 BC, Wikimedia Commons

“They Have Him Down” satirizes Samuel J. Randall opposition to free trade by recalling a famous scene in Jonathan Swift’s 18th-century novel Gulliver’s Travels. Randall, as Gulliver, is tied down by an army of little people called the Lilliputians. Two little men hoist the Liliputia flag of “Free Trade” on Randall’s chest. Grover Cleveland, the King of the Lilliputians, sits on a throne and wears a crown. 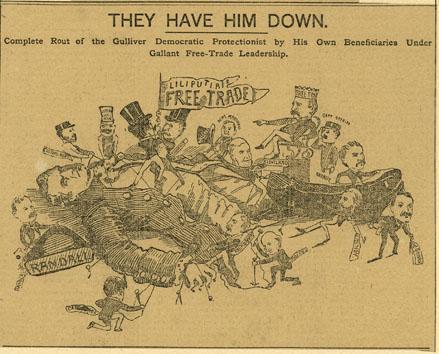 They Have Him Down, Hampton L. Carson Collection (#117) 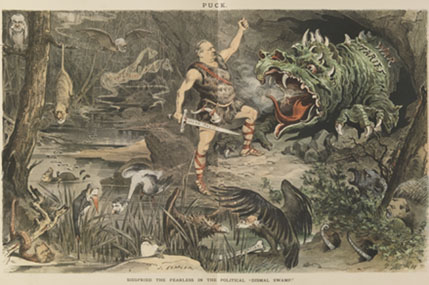 If you enjoyed this post about art and literature references in political cartoons, stay tuned for an upcoming post on pop cultural references in cartoons.