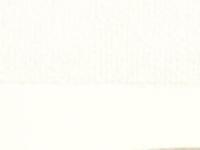 On the morning of May 10, 1865, Jefferson Davis, president of the Confederate States of America, was captured by soldiers of the Union Army near Irwinville, Georgia, and taken to Fort Monroe, Virginia. Rumors soon began swirling about the circumstances of his arrest—specifically focusing on what Davis had been wearing. The boring version, maintained by Davis, was that he had thrown the nearest coat or blanket over himself in the cold early morning of his capture, unaware of the fact that he had donned his wife’s overcoat or shawl. The sensational version, elaborated on by gleeful supporters of the Union, was that the Confederate president had tried to elude capture by disguising himself in women’s clothing.

Guess which version the political cartoonists went with? 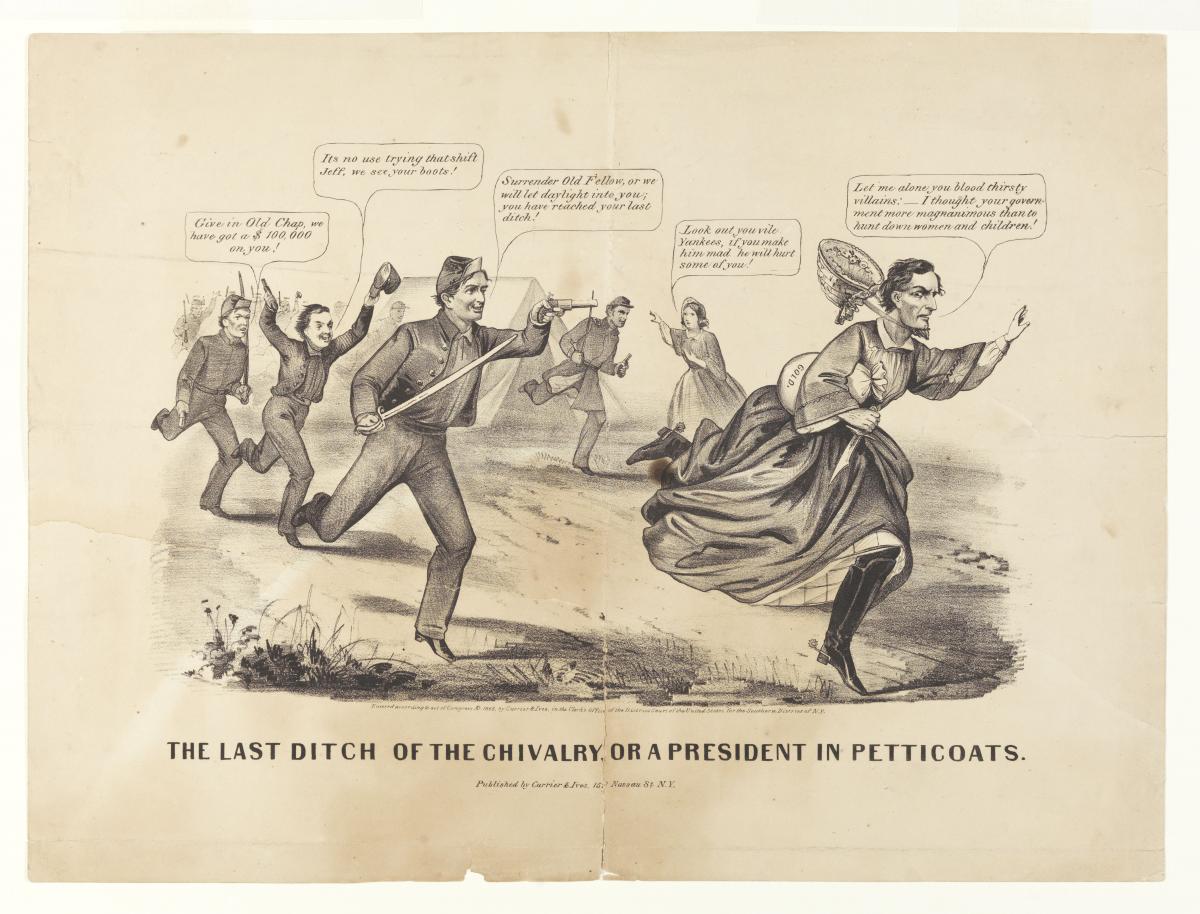 The Last Ditch of the Chivalry, or a President in Petticoats. Lithograph by Currier & Ives, 1865. Historical Society of Pennsylvania cartoons and caricatures collection (#3133), box 6, folder 10.

Those who championed the Union cause had reason enough to be jubilant at Davis’s arrest, especially after the devastating blow of Lincoln’s recent assassination. If the average Northerner was happy, however, political cartoonists were ecstatic to have such rich source material to work with. They churned out dozens upon dozens of cartoons depicting Jefferson Davis wearing petticoats, hoop skirts, and bonnets. 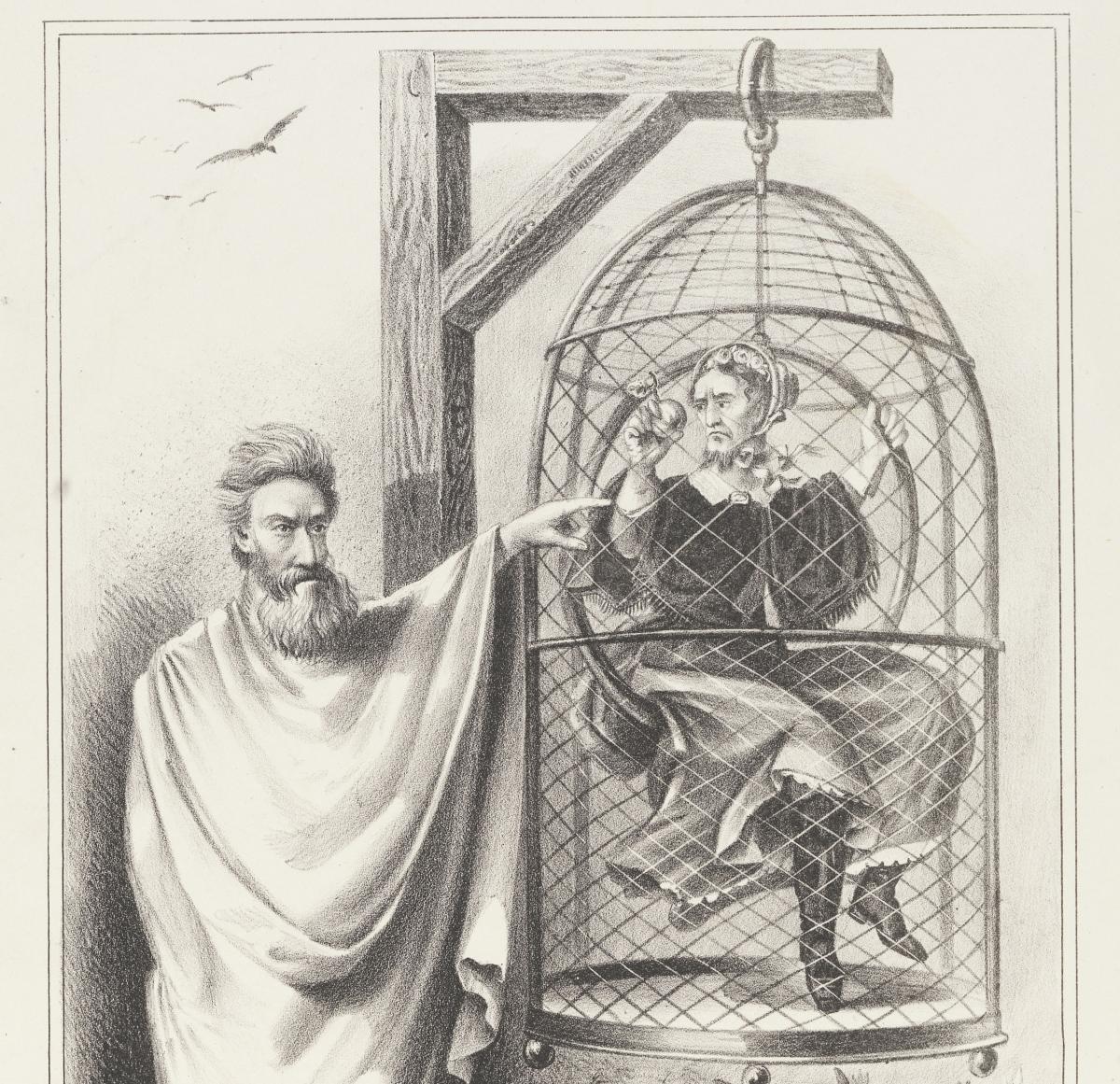 The Historical Society of Pennsylvania has so many cartoons of Jefferson Davis in a dress that we HINT project associates had to limit ourselves; we picked only a few cartoons of Davis cross-dressing to feature in our online exhibit of annotated cartoons. Some cartoons we decided to take a pass on—for this project, at least—include The Capture of an Unprotected Female, or the Close of the Rebellion, Jeff. Davis Caught at Last, Jeff’s Last Shift (get it?), and The Confederacy in Petticoats. 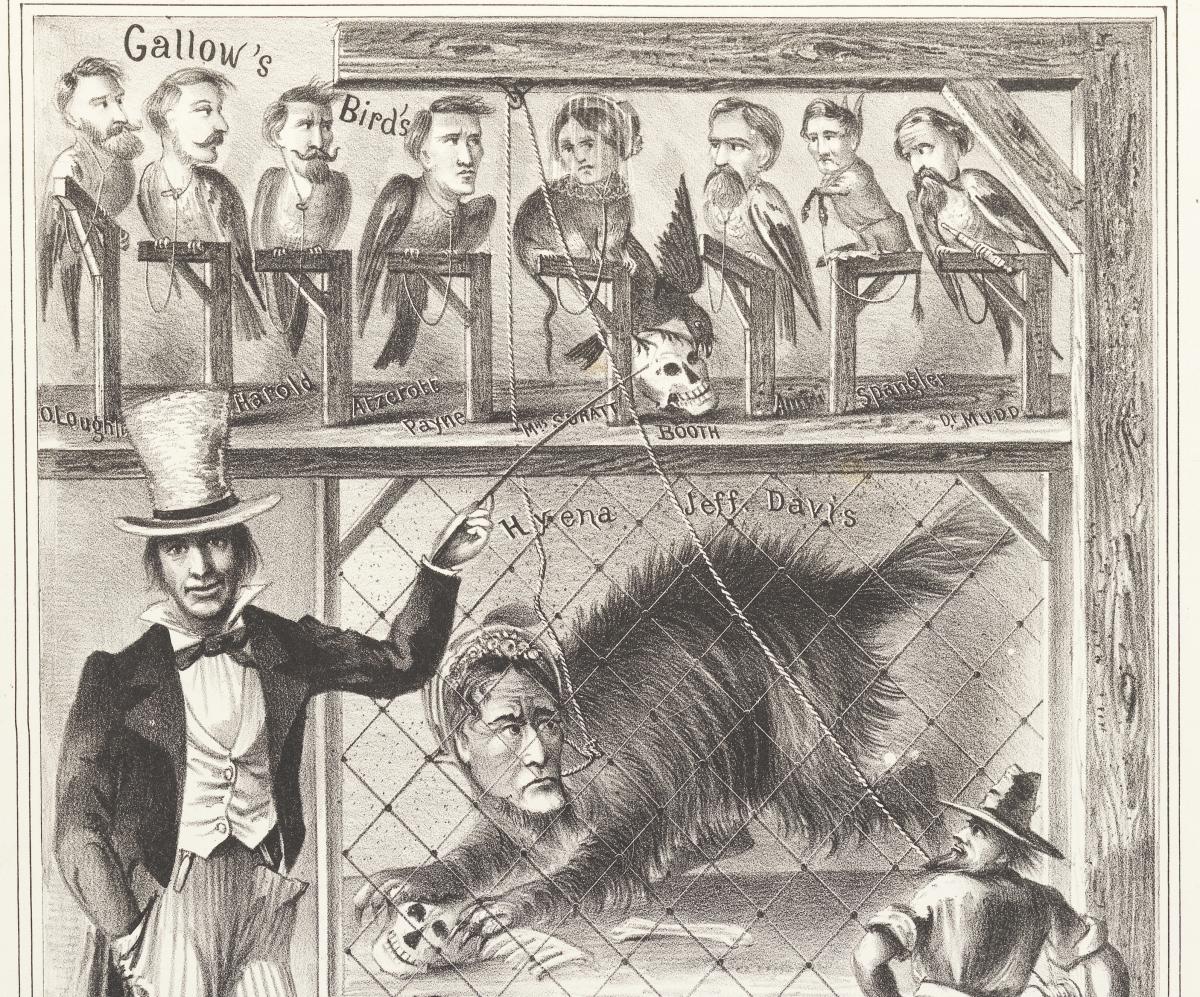 Even when drawn as a hyena, Jefferson Davis wears a bonnet in this detail from Uncle Sam's Menagerie, 1865. Historical Society of Pennsylvania cartoons and caricatures collection (#3133), box 6, folder 9.

The political cartoonists of the Civil War knew their audience. Few things, apparently, were funnier than the idea of a man in a dress. Cartoonists of all eras drew men wearing dresses or engaging in stereotypically female behaviors for comic effect—far more often, in fact, than they drew actual women, let alone women of historical or political significance. 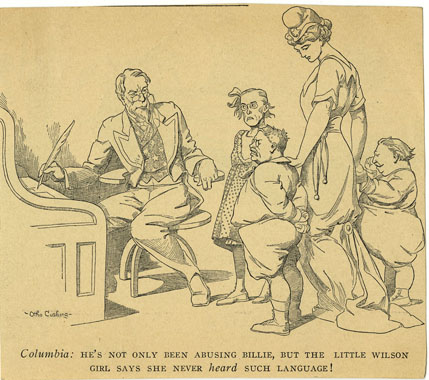 Woodrow Wilson is drawn as a little girl wearing a dress and a hair ribbon in this cartoon from Life magazine. Historical Society of Pennsylvania cartoons and caricatures collection (#3133), box 2, folder 10.

It will be interesting to see how many cartoons in the HINT project's exhibit, Politics in Graphic Detail, will end up portraying men in dresses, versus how many will portray women participating in the politics of their day. It will also be interesting to look at how men and women were expected to act, talk—and dress—have changed over time.

This digital history project has been made possible by a grant from the National Historical Publications and Records Commission’s Innovation in Archives and Documentary Editing program.