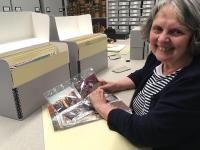 “Up until then they were just names to me,” says HSP volunteer Susan Kearney of her first visit to the beaches of Normandy—and the Normandy American Cemetery and Memorial—to retrace her father’s movements on D-Day. 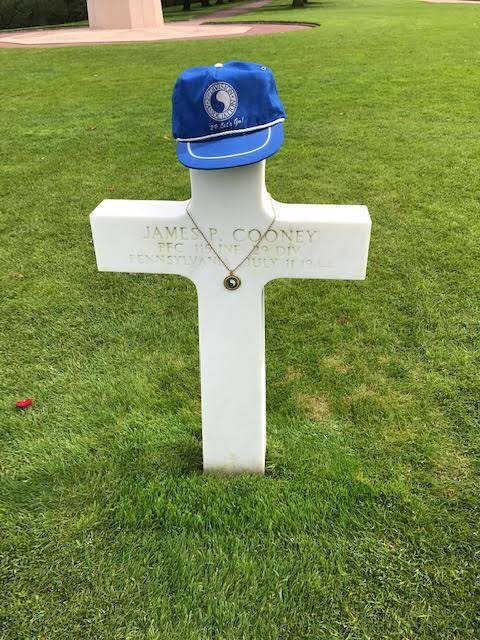 The grave of James P. Cooney, found in the Normandy American Cemetery and Memorial, bears the distinctive insignia of the 29th Infantry.

Susan’s father, Francis Joseph Kearney (Frank), was 26 years old and newly engaged to Edith Doreen Govier, an English nurse, when he came ashore on Omaha beach late on June 6, 1944, as part of the 29th Infantry. The pair were reunited and married a year later. 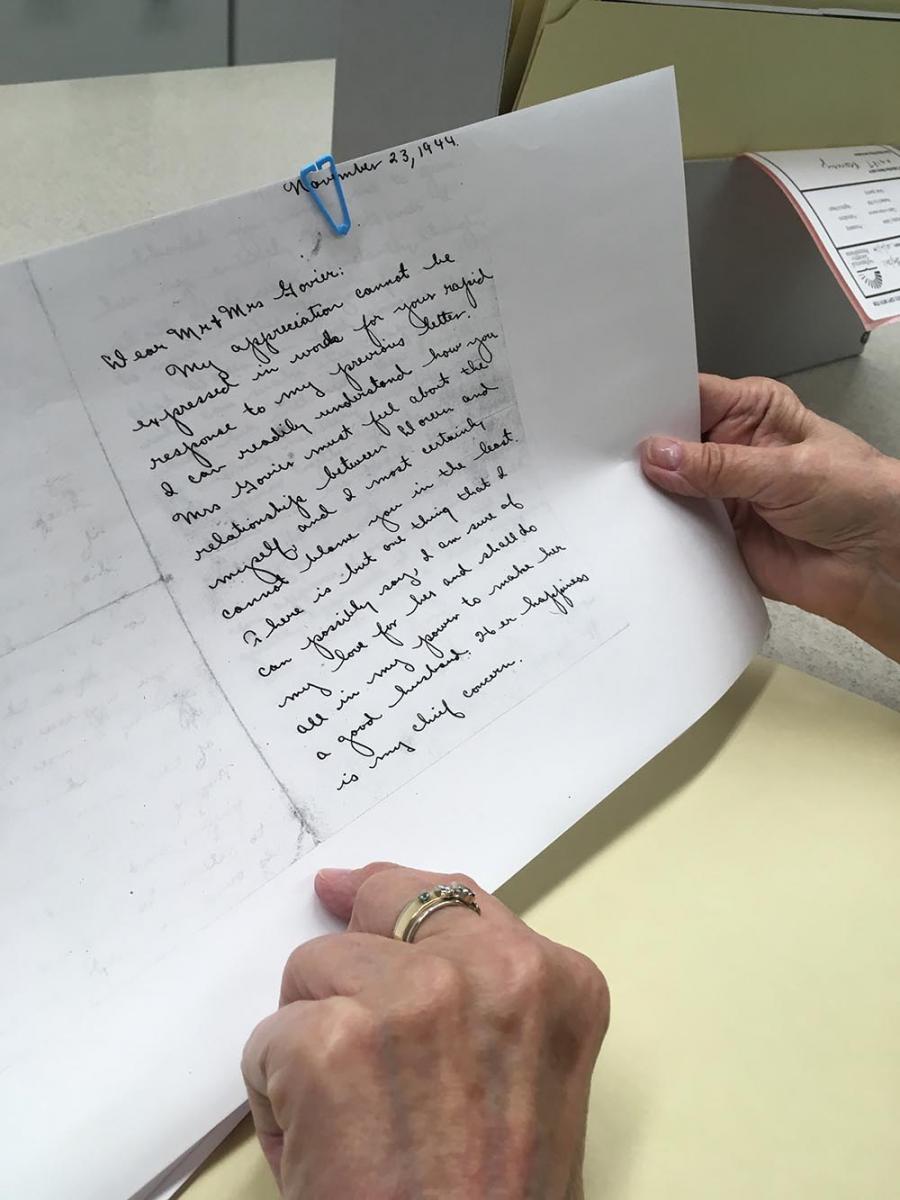 On November 23, 1944, Frank Kearney writes to the parents of Edith Doreen Govier, describing his intentions to marry their daughter.

The bond developed by the men of the 29th during the war remained strong for many for the rest of their lives: they stayed in touch through a national newsletter, “The Twenty-Niner,” and met up for annual events and frequent reunions. 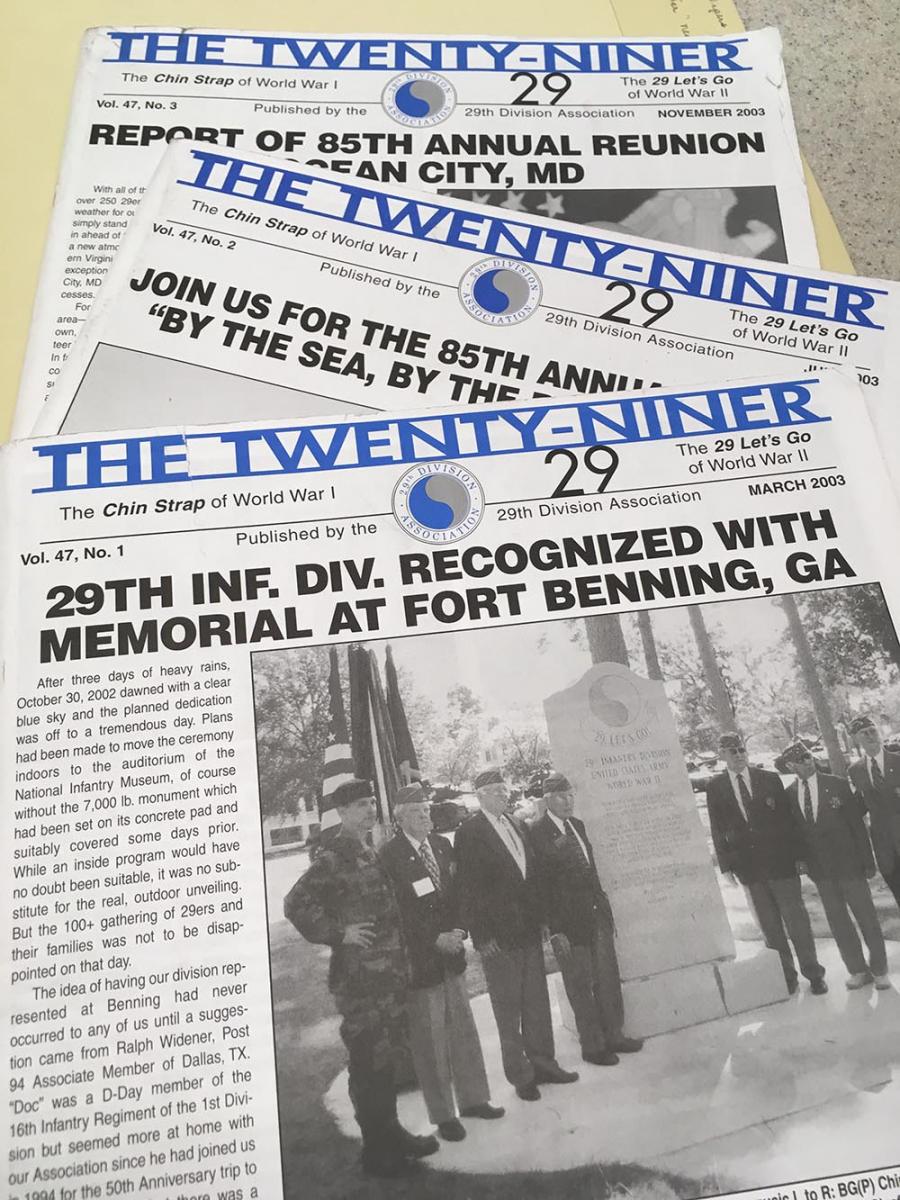 The Kearneys continued to receive copies of The Twenty-Niner newsletter in the years following Frank's death.

Though her father was largely silent about his experiences in combat, “it was obvious that it was important to him,” says Susan. “I really wish I had realized it earlier, and prodded him more.” 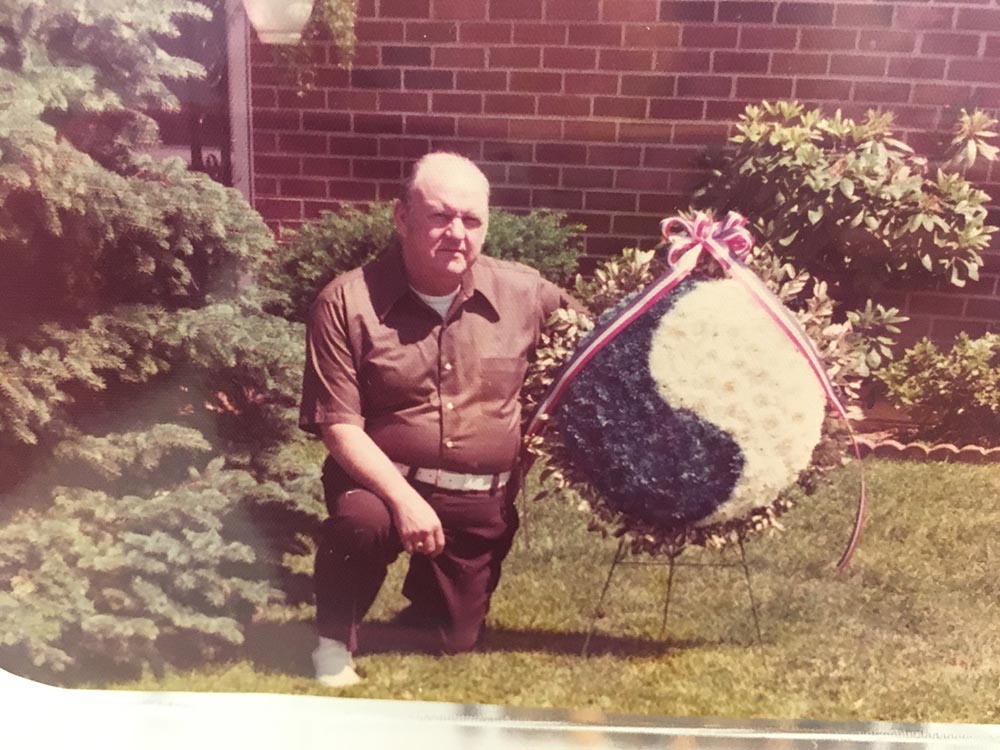 This family photo shows Frank Kearney at a reunion of the 29th Infantry.

The family’s wartime experiences are recorded in the Kearney family papers, available for research as part of HSP’s collection. We’re enormously grateful to Susan for sharing her family’s story with us to commemorate this anniversary, and for making these materials available for years to come!

Page
How to Donate Your Materials
Blog Post
Memories of the 1940s: World War II collections at HSP