Remembering the Johnstown Flood, One of the Worst Civilian Disasters in US History

Home › Blogs › Fondly, Pennsylvania › Remembering the Johnstown Flood, One of the Worst Civilian Disasters in US History

Remembering the Johnstown Flood, One of the Worst Civilian Disasters in US History 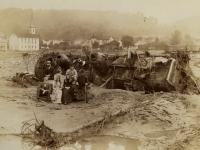 Environment and Nature
Pennsylvania
May 31, 2019, marks the 130th anniversary of the Johnstown Flood, a cataclysmic disaster that resulted in the deaths of thousands of Pennsylvanians.
In the final days of May, 1889, torrential rains pounded Western Pennsylvania, engorging rivers, tearing down telegraph lines, and ripping trees from their roots. Debris began flooding into local waterways, including the Little Conemaugh River.
Officials at the South Fork Fishing and Hunting Club—an elite social and gaming club situated near the river—noticed that water in Conemaugh Lake began to crest the South Fork Dam in the early hours of May 31. An impromptu team of laborers and engineers quickly assembled to remove debris blocking the spillway and alleviate pressure on the dam by digging ditches.
Their efforts, unfortunately, failed to prevent the dam from breaching. Millions of tons of water surged forth in the afternoon, barreling down on the town of South Fork and killing four inhabitants. The rushing waters continued to flow downstream, destroying the towns of Mineral Point and East Conemaugh along with the Conemaugh Viaduct. The waters swept up industrial sites as well, pulling barbed wire and mechanical equipment into the lethal tide. 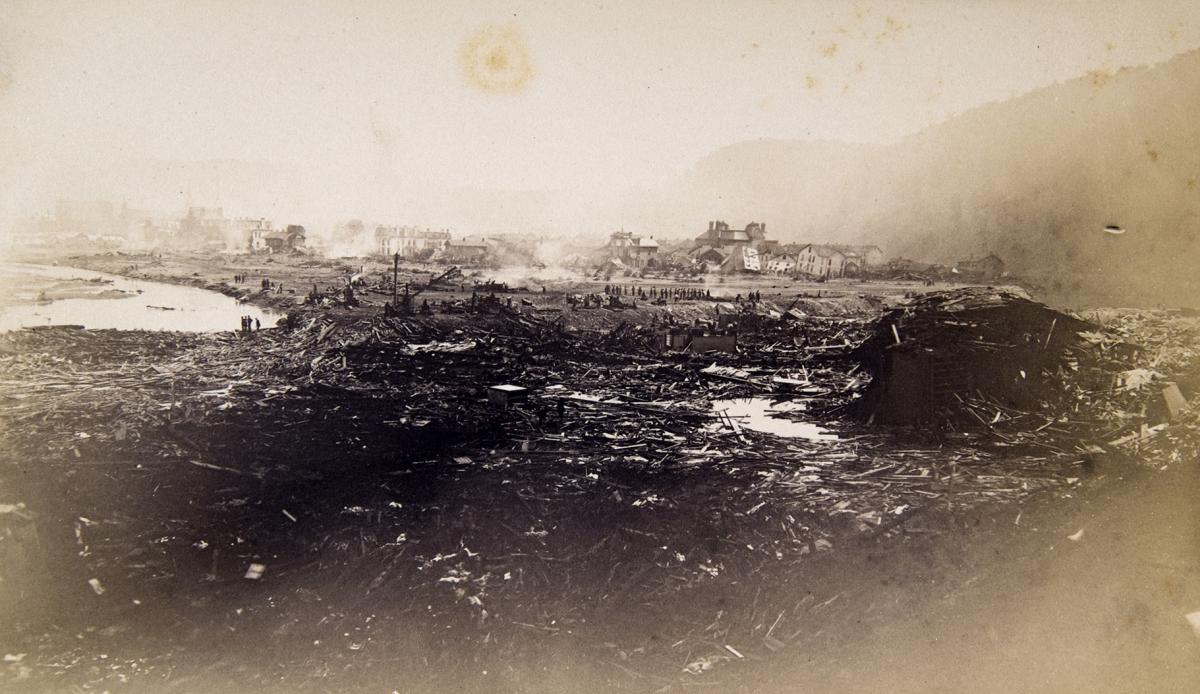 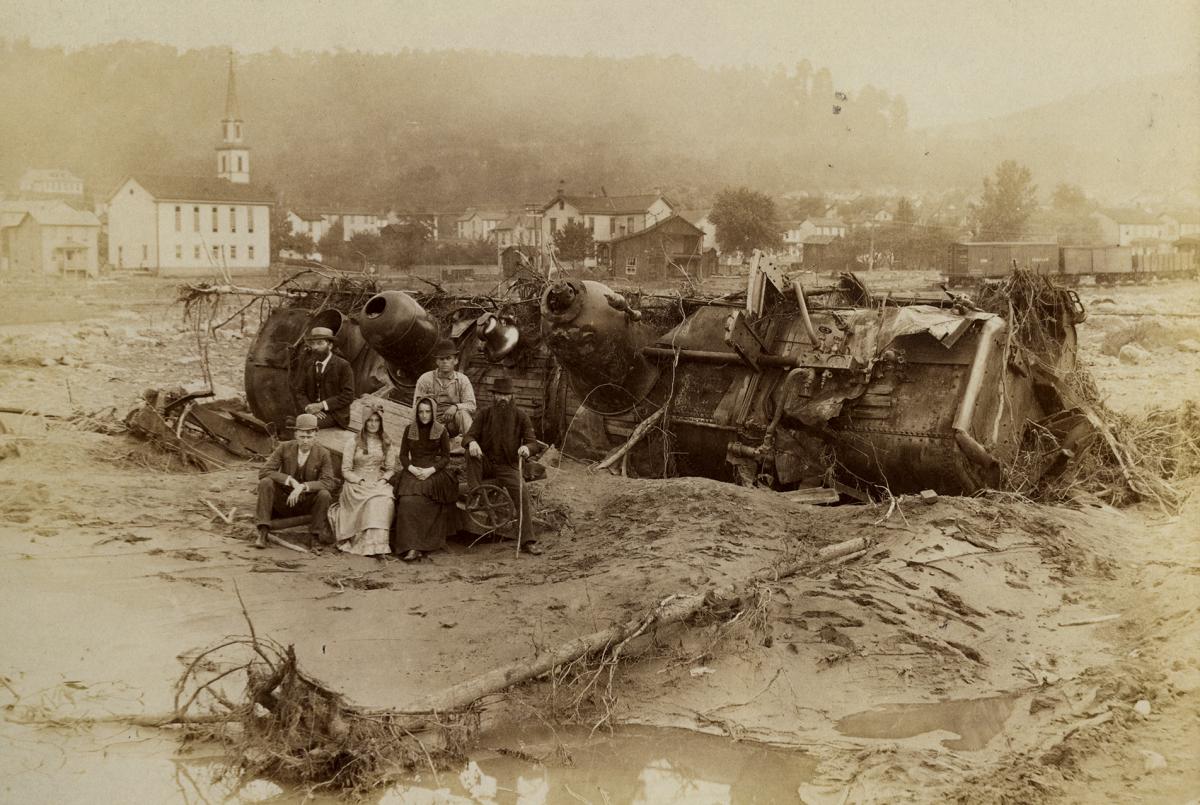 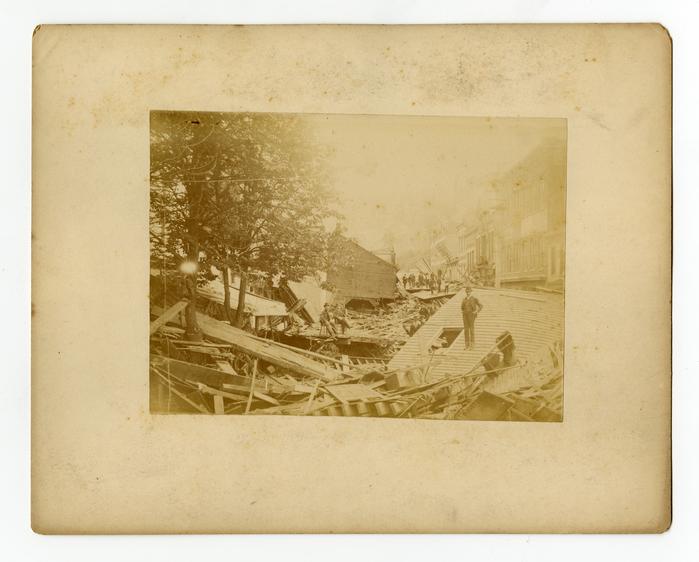 Johnstown after the flood, center of Main Street (1889), HSP photograph collection (Collection V59), Historical Society of Pennsylvania.
It was the country’s worst civilian disaster in history, and sparked an enormous philanthropic campaign that attracted millions of dollars from across the nation and around the world. The Red Cross—with its founder Clara Barton at the helm—arrived in early June to help with relief efforts. 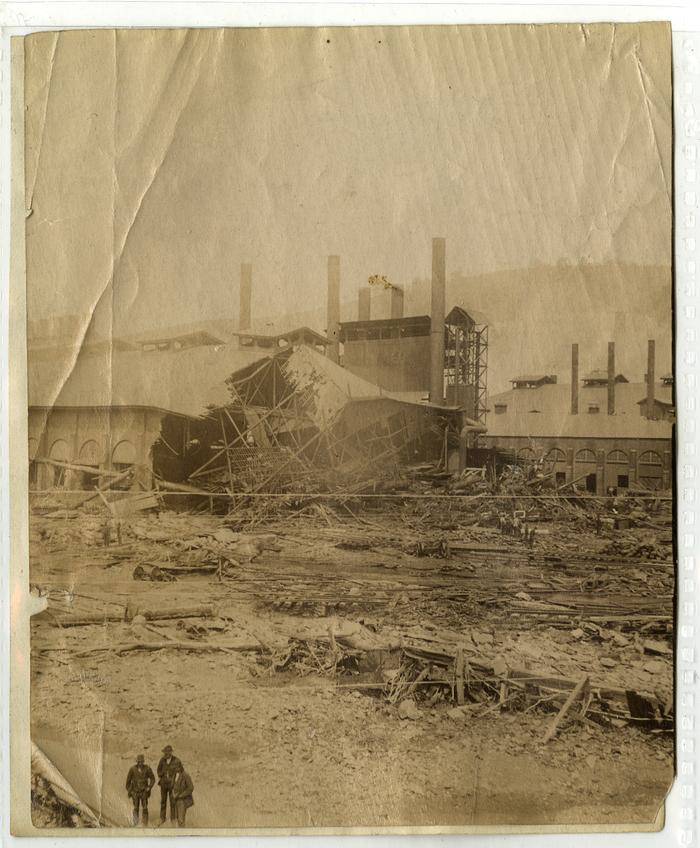 Ruins after the Johnstown Flood, photograph (1889), J. Hampton Moore papers (Collection 1541), Historical Society of Pennsylvania.
In the months following the disaster, survivors placed blame on the South Fork Fishing and Hunting Club, alleging that the club’s officials altered the South Fork Dam to accommodate the recreational activities of its wealthy members, which included the likes of Andrew Carnegie. The club prevailed in the courts, however, and victims of the flood ultimately received no legal compensation. 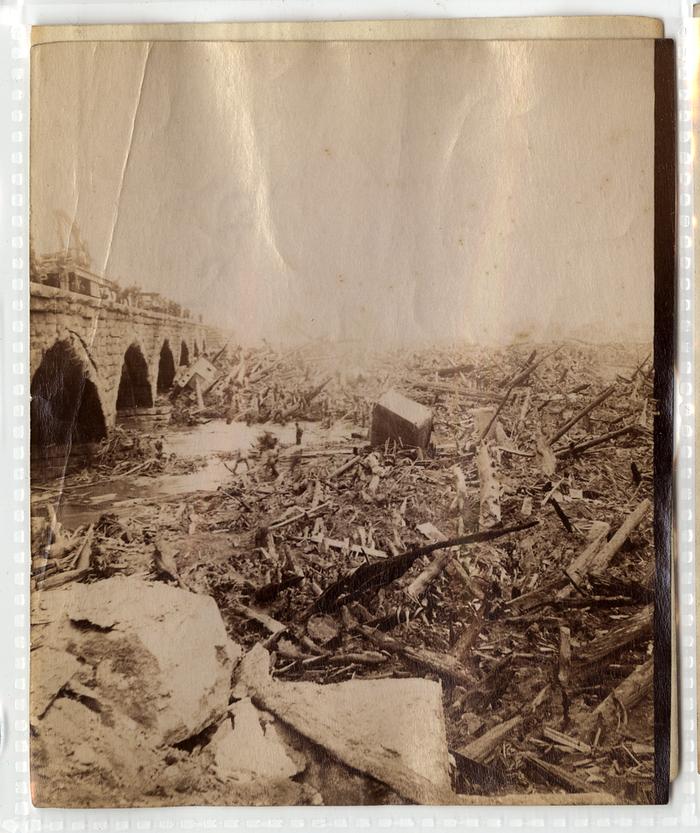 Ruins after the Johnstown Flood, photograph (1889), J. Hampton Moore papers (Collection 1541), Historical Society of Pennsylvania.
In addition to prints of and photographs showing Johnstown before and after the flood, HSP has several related manuscript collections, such as John Bach MacMaster’s “A Partial Account of the Pennsylvania Floods of 1889” (Am .24971).