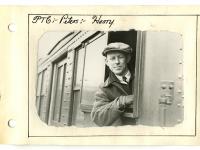 The first in a series, the following article was written by HSP Digital Services Intern Mark Carnesi and is being posted on his behalf. Stay tuned in the coming weeks as Mark continues his look at the George A. Foreman scrapbook collection.

Processing a collection here at the Historical Society of Pennsylvania can be a fascinating experience.  As you work your way through the collection it gradually reveals itself to you, including the many gems it contains.  The George A. Foreman scrapbooks on the Philadelphia Transportation Company [#3267] is clearly one of these collections. 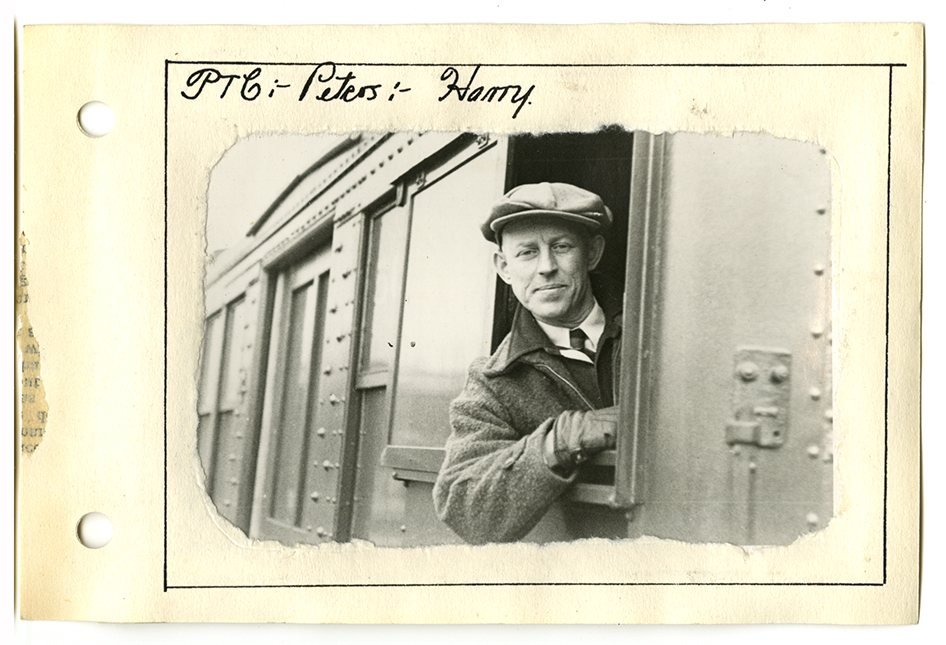 Foreman (1881-1950) was a conductor, motorman, and depot dispatcher for the Philadelphia Rapid Transit Company (PRT) and its successor, the Philadelphia Transportation Company (PTC), for a total of 37 years until his retirement in 1947.  The bulk of the collection dates from the 1940s and consists of 18 small scrapbook albums that Mr. Foreman put together by hand.  They include photographs of PTC coworkers, Philadelphia public transit scenes, holiday cards received over the years, as well as newspaper clippings, billboard advertisements, letters from coworkers serving in the military during WWII, postcards, and other ephemera. 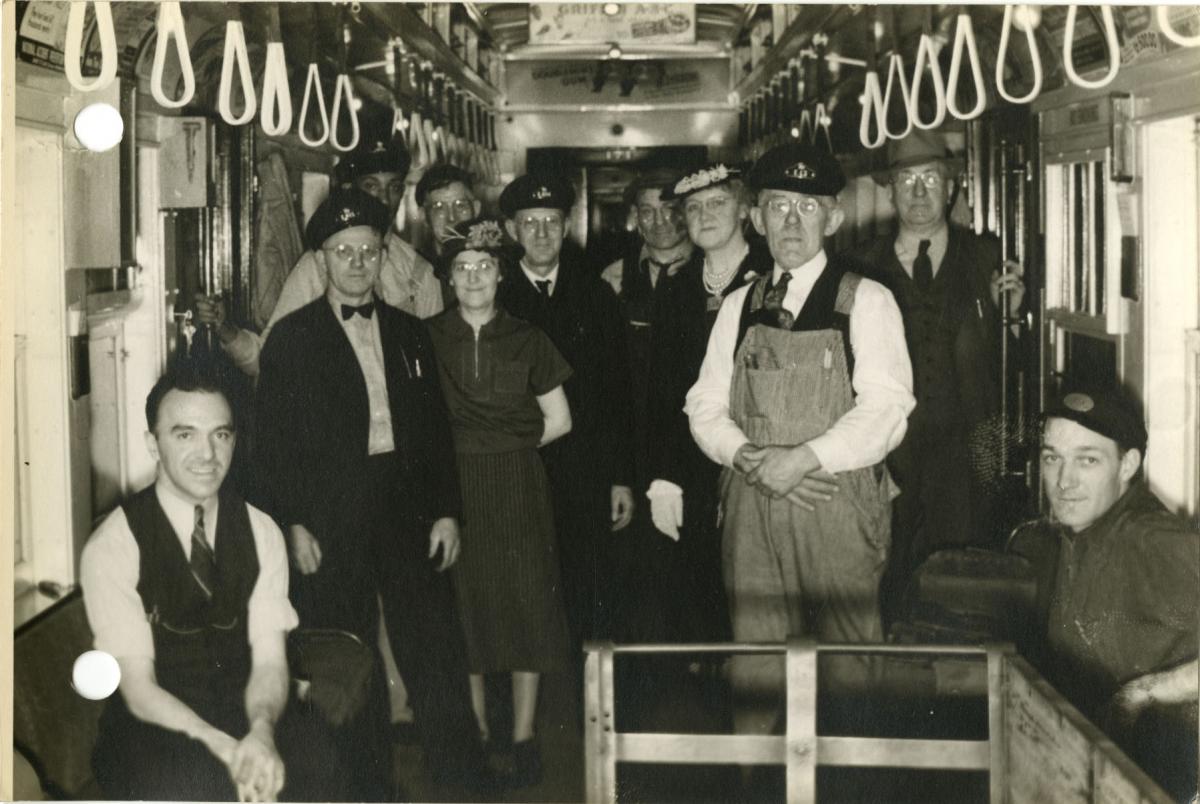 The majority of the photographs were taken by a coworker who always seemed to have his camera at the right place and time.  These fascinating and evocative photos shed light on so many things from the era.  Among others, these include public transit, working conditions, social customs, men’s and women’s fashions, life during World War II, urban living, advertising and, of course, the growth and evolution of Philadelphia.  As for the latter, many of the photos were taken from the Market-Frankford El and therefore provide a bird’s-eye view of the city, including its architecture, people at work and play, billboard advertisements, and flow of city life. 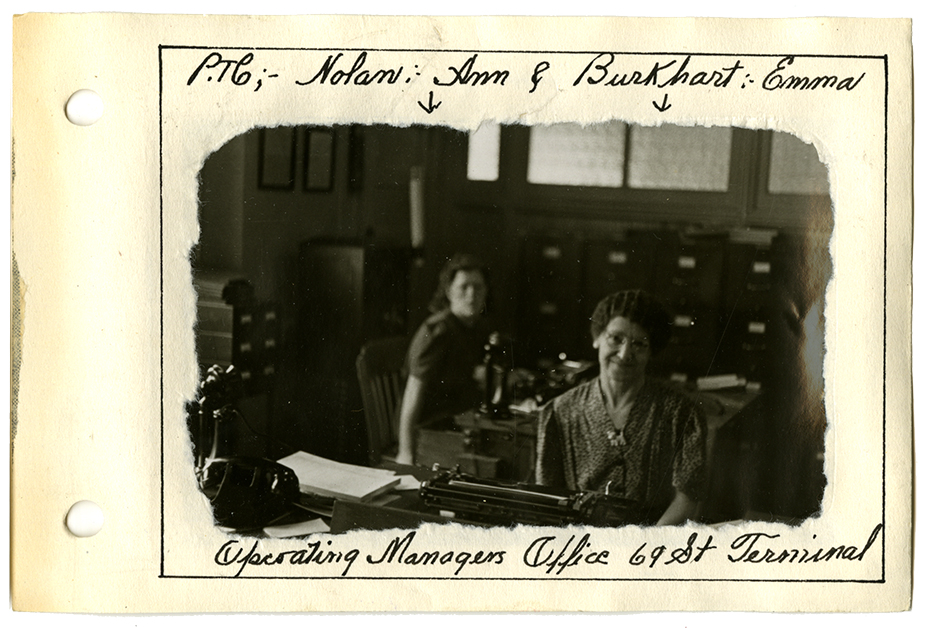 These photographs also show us what is not there or, better yet, there only in small numbers.  For example, most of Foreman’s coworkers in the 1940s were, like him, male and white.  However, it was at this time that the Philadelphia Transportation Company began to employ more women and minorities, and the collection reflects these changes within the PTC and society at large.  One volume contains photos and newspaper clippings from The Evening Bulletin of Dorothy E. Williams, the “first woman El motorman in the history of the Philadelphia Transportation Company.” 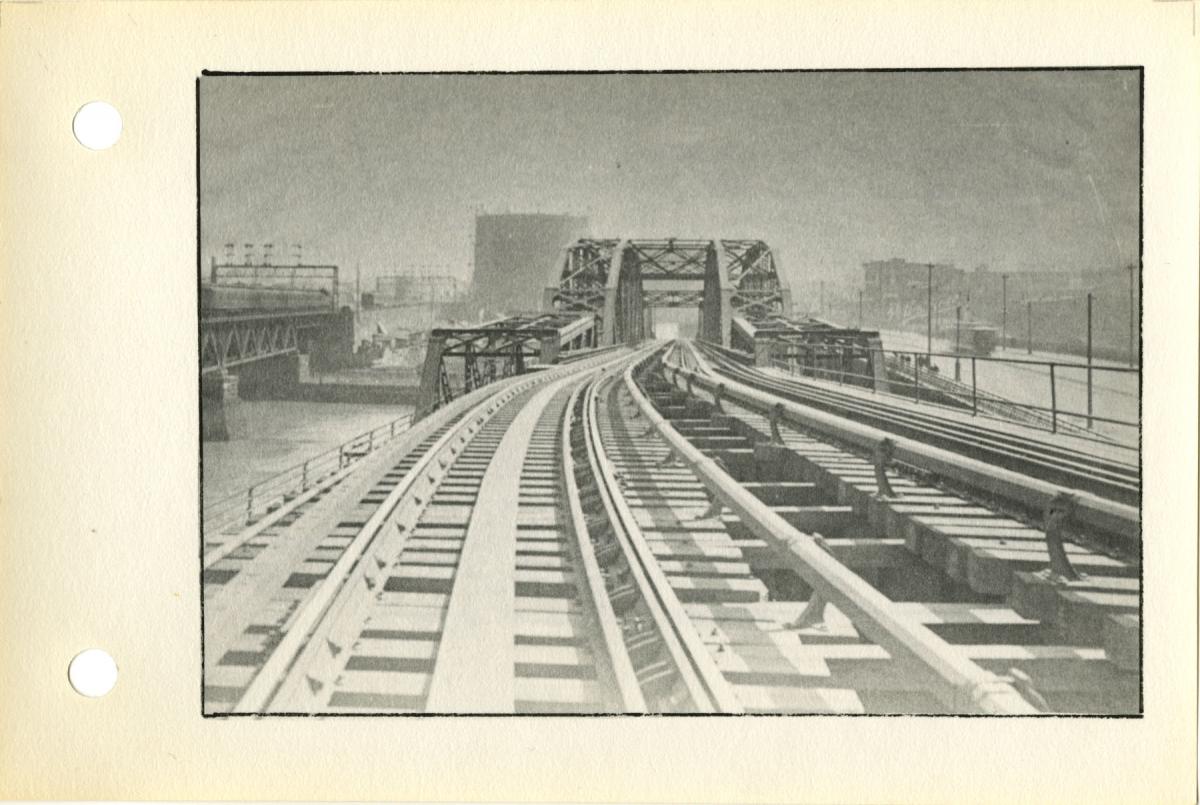 As society changed, so did the PTC and other organizations like it, and this collection provides a unique window onto a very interesting, yet different, place and time.

A nice snippet of history. There must a lot of stories in those images. I'd like to read more in-depth about some of these events, like the first motorwoman.

There are indeed a lot of stories behind these images. And yes, a future post will talk more about the first motorwoman, along with other women working at PTC at the time. - Mark