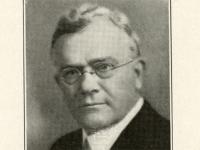 As Dana and I have mentioned in previous posts, we're currently conducting research and writing annotations for the people and organizations that are featured in the Bankers Trust Company story. We have recently begun focusing on some of the story's key players. One such pivotal figure is Samuel H. Barker, a very close business associate of Albert M. Greenfield.

Samuel H. Barker served as president of Bankers Trust Company from the time of the bank's incorporation in December 1926 until its closure on December 22, 1930. He also served as a director for a time.

Along with Greenfield, Barker played an instrumental role in the bank's founding. Previous to the creation of Bankers Trust, it appears that Barker had served for some time as a business consultant to Greenfield, or was part of a business syndicate that included the real estate magnate. The following letter from Barker to Greenfield, written on July 29, 1926- several months before Bankers Trust was incorporated- documents Barker recommending that Bankers Trust Company purchase the Bank and Trust Company of West Philadelphia. This aquisition, which occurred a few months later, led to the bank's incorporation. 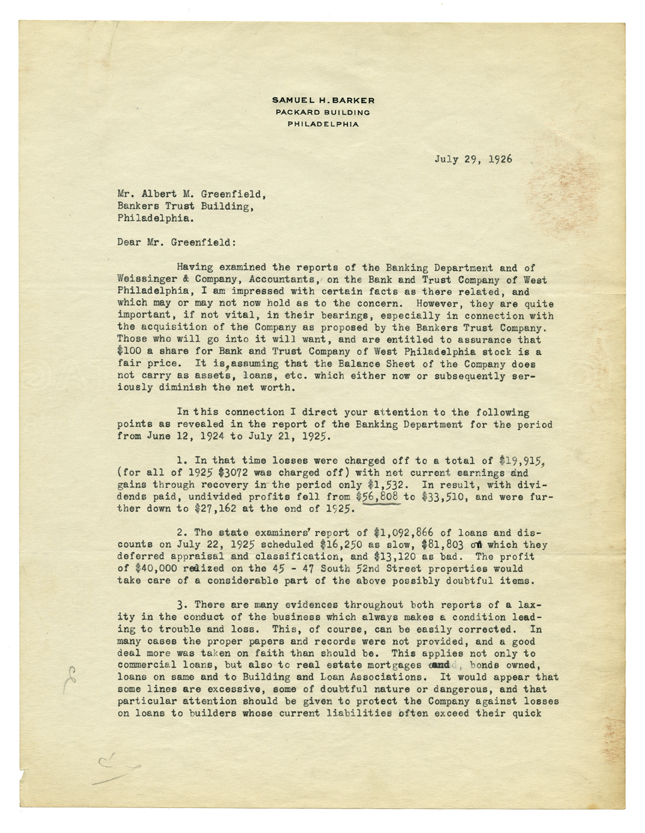 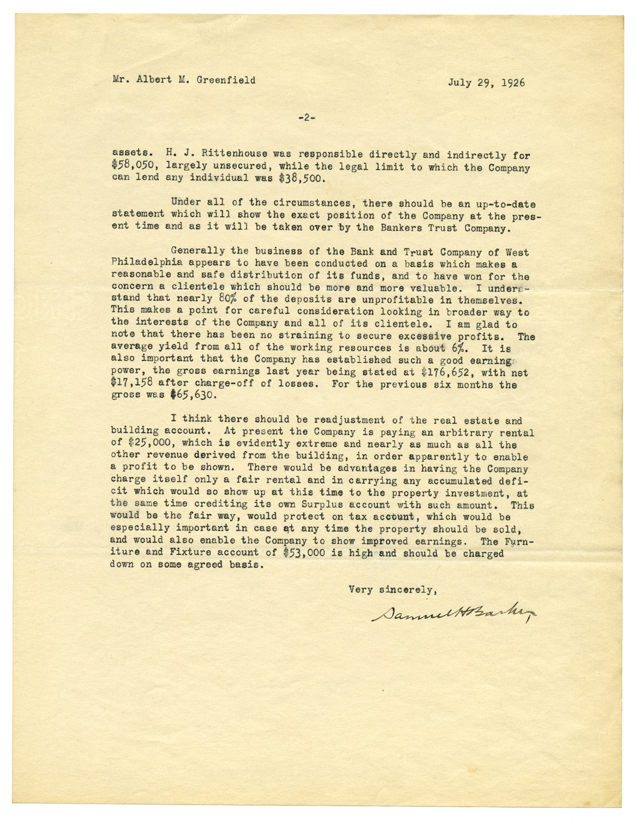 As president, Barker played a pivotal role in the bank’s fast-paced growth. He also made significant efforts to reopen Bankers Trust Company after it closed and was placed into the hands of the Pennsylvania State Banking Department. Along with bank depositors, stockholders, and officers, he helped to develop a reorganization plan which ultimately failed to save the bank from liquidation. 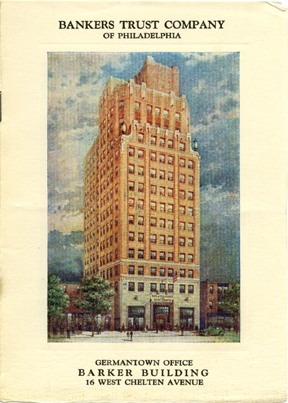 Bankers Trust Company's Germantown branch building, which opened in September 1930- three months before the bank closed- was named after Barker.

From an old established Quaker family, Samuel was born in Wyncote, Pennsylvania on Feb. 20, 1872 to Wharton and Margaret Corlies Barker.  Samuel’s father, Wharton Barker, had also been a banker, as well as a publicist, and Populist candidate for President in 1900. Samuel’s brother, Rodman Barker, served as John Wanamaker’s chief financial officer.

Barker received a degree in biology from the University of Pennsylvania in 1889, but began a career in business almost immediately upon graduating. In 1890 he began working as a clerk in his father’s banking firm, Barker Brothers & Co. Barker also helped publish his father’s weekly newspaper, The American, which focused on national and economic issues.

Barker succumbed to a lengthy illness and died at the age of 67 at the home of his brother Rodman in Roxborough on September 13, 1939.