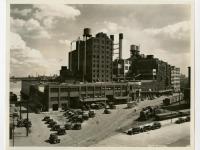 Industry
Labor
Before the SugarHouse Casino opened its doors to gaming enthusiasts along the Delaware River in 2010, the property was the site of a major sugar refinery that operated for more than a century.
In 1864, an enterprising immigrant from Bavaria named John Hilgert set up shop in Philadelphia and founded a molasses processing plant at 5th Street and Girard Avenue. Picking up after his father, Hilgert’s son Charles relocated the business to Shackamaxon Street in 1881 where it would continue to expand over the years, turning into a lynchpin of Philadelphia’s industrial corridor along the Delaware River.
Under the ownership of the Pennsylvania Sugar Refinery Company in the 1880s, the refinery took in large volumes of Cuban molasses on its dockyard for processing. As the facility’s scope of operations and workforce grew at the turn of the 20th century, it acquired the nickname “Sugar House” from the surrounding communities in Philadelphia’s Fishtown neighborhood. 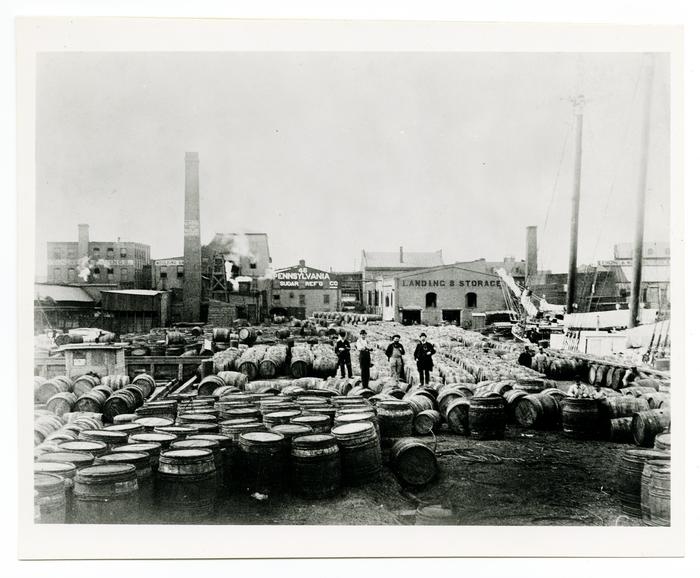 The Pennsylvania Sugar Refinery Company dock-view photograph, circa 1883-1896. Historical Society of Pennsylvania photograph collection.
The Pennsylvania Sugar Refinery Company proved resilient. While competitors across the nation folded or were acquired by larger producers, the business continued to succeed during the first half of the 20th century. When the firm was finally purchased in the 1940s by the National Sugar Refining Company (also known as the Jack Frost Sugar Company), it was the last standing independent sugar producer in the United States. 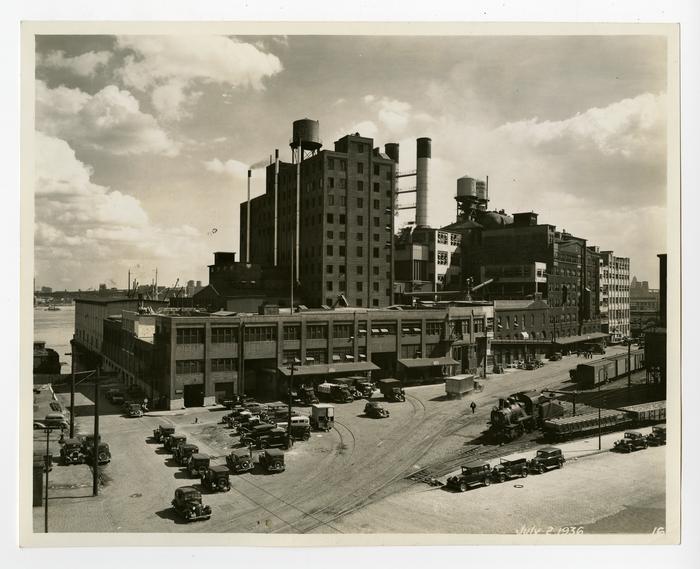 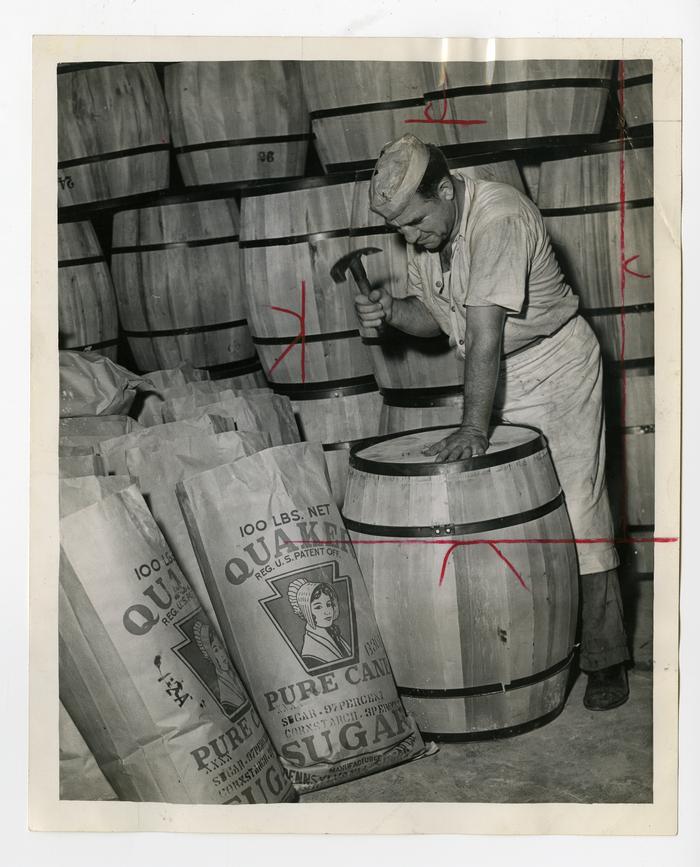 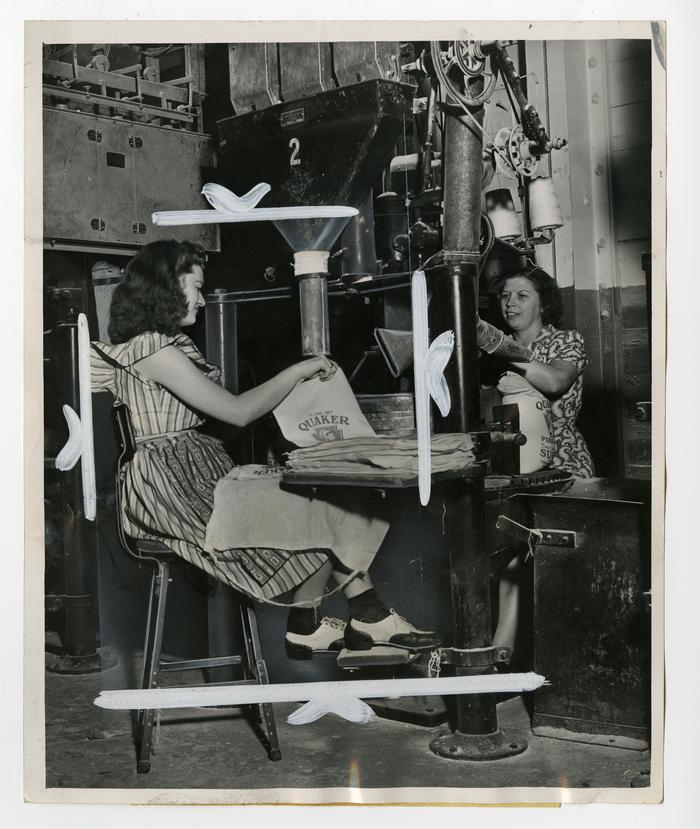 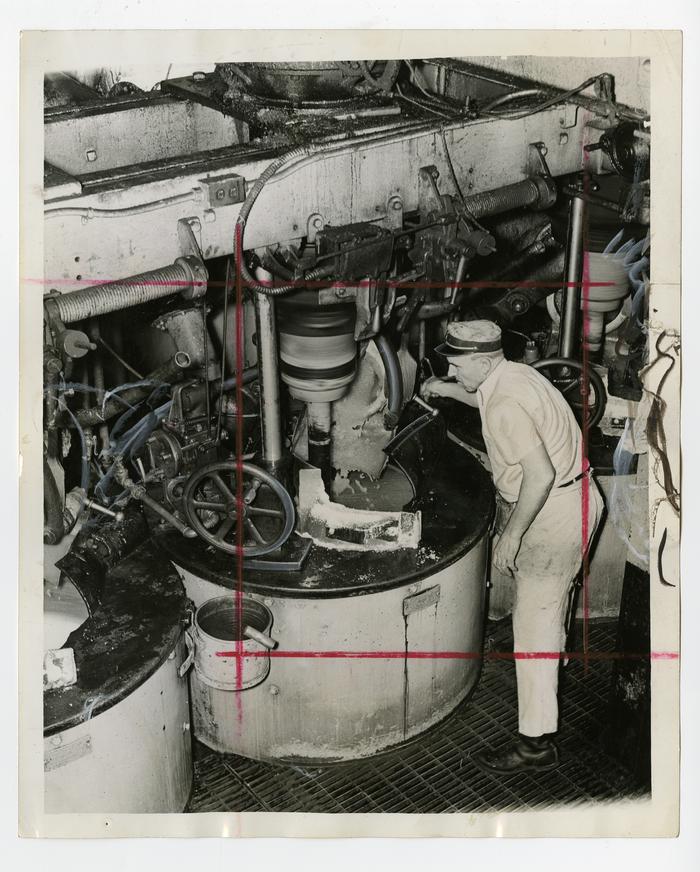 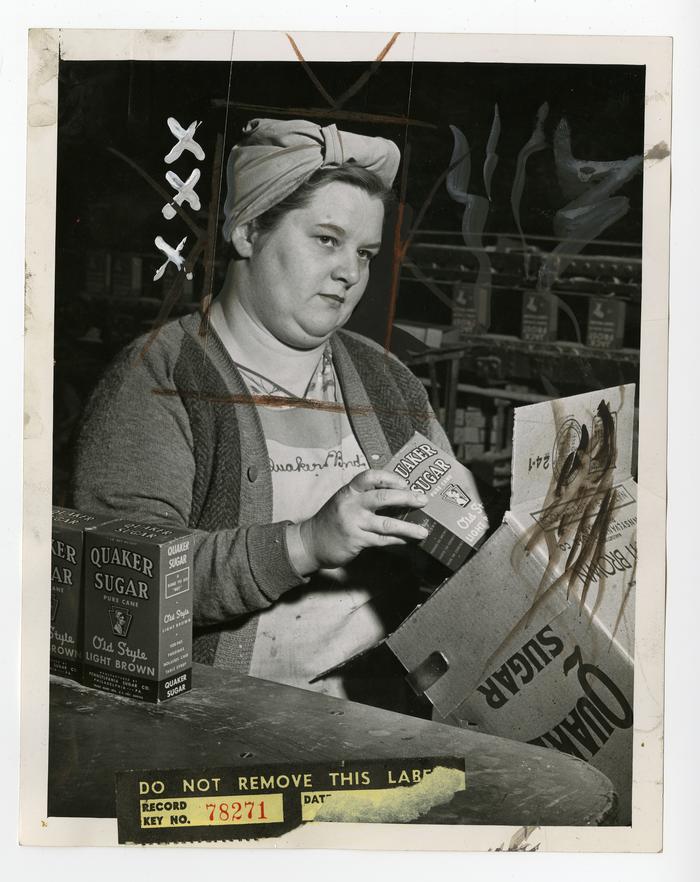 Pennsylvania Sugar Company employee Mrs. Alice McGuirl photograph, 19 February 1945. Philadelphia Record photograph morgue.
The refinery’s incredible, century-long history came to an end in 1984, when the plant was shuttered and its 18 buildings were left vacant. In 1997, the remaining structures were torn down, making space for the casino that stands on the property today.