U.S. Citizenship and Naturalization in the 20th Century

U.S. Citizenship and Naturalization in the 20th Century 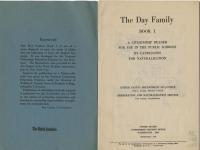 What has the concept of U.S. citizenship has been historically, and how perhaps it has seemed to change or adapt over time? This blog examines some materials in HSP, comparing and contrasting between time periods and viewing them through my perspective as an international student in Philadelphia. I’ve had some experience navigating immigration services, international travel, adapting to foreign cultures and society as well as the totally surreal experience of seeing four Starbucks outlets crammed into two blocks. Corporate America really needs its coffee.

Feeding the keywords “Citizenship” into HSP’s online catalog proved to be a good starting step. It returned a list of possible sources I could look at when examining how citizenship and the naturalization process has changed over the years, if at all.

One of the first sources that drew my eyes was a booklet authored by E.J Irwin titled “An Americanization Program.” Published in 1923, it was a thorough look into how the Government of the U.S approached immigration, citizenship and Americanization at the time. It was also pertinent to remember that this was the roaring 20s when a lot of Europeans were immigrating to America to escape the poverty and difficult life conditions that the aftermath of World War I had inflicted on them.

To that end, Irwin saw it necessary to distinguish between ‘citizenship’ and ‘Americanization.’ He explained that Americanization was meant to help adult immigrants, who already have a national or cultural identity that is tied to their homeland, assimilate into the American way of life. From buying into the consumer-driven market economy to simpler things such as cooking American meals and speaking English. Citizenship, on the other hand, meant acquainting young people still in school with civic obligations, citizenship rights and duties, the functioning of police, health and fire departments and other aspects of being an adult in America at the time. For them, the focus was less on the American national identity and culture but more on social and civic processes and protocol.

Irwin’s book also outlined various studies that showed adult immigrants were reluctant to become naturalized simply because it involved returning to school. Thus, a large part of the book dealt with tactics to entice such immigrants into night schools or home schools so that they could learn English and get ‘Americanized’.

A lot of the education programs for adult immigrants at the time involved helping them learn Basic English for reading, writing and speaking. HSP, I was glad to find, had several government published readers to be used in schools for naturalization candidates. These readers were all aimed at adult audiences and thus dealt with topics such as working, caring for children, cooking, shopping and providing for a family.

One such reader was “The Federal Textbook on Citizenship: The Gardners become Citizens” published in 1943. The book told the story of John Gardner, living in Chicago in the 1940s, who sends for his parents to leave their home country and join him in the U.S. Upon doing so, they are enamored by the life John has managed to build for himself in Chicago and realize that they want to become citizens of America, much like their son John has. Eventually they manage to become citizens and they live happily ever after.

A few things I noticed on reading this booklet was that the book made no mention of where the Gardners were coming from but was adamant that, despite their English sounding names, they were not native English speakers and did not have the same living conditions that John did in America. The parents were surprised by the spacious housing, the clean bathrooms, the traffic lights, and large trains in America.

The booklet takes great pains, particularly in the first half, to ensure that America is welcoming to adult immigrants. From the friendly officers in the trains and ships to the Statue of Liberty which is described as “glad to see them come”. The Gardners are enthralled by this paradise they have stepped into.  As their stay with John lengthens however, they meet other naturalized citizens and non-naturalized long-time residents and realize that they need to become citizens. The booklet speaks at length about the duties of a citizen to his/her country and uses, in particular, a phrase that caught my eye, “visitors not voters.”

Here the book seemed to be equivocating non-naturalized long-term residents to visitors who have outstayed their welcome but continue to stay, despite the fact that they do not contribute to society. This seemed a rather cruel idea to me until the text also points out that long-term residents need a say in how their city or state is run and thus need to be able to vote.

A similar reader, published in 1944, concerns a different family who are American citizens by birth. They befriend a family of immigrants and help them become naturalized. Like the previous reader, this one too voices ideas about voter rights, visitor privileges, education and contributing to society.

From what I read up to that point, naturalization seemed to be tied closely to the idea of America as a new paradise. Much of the material I found presented America as a land of endless opportunity and wealth that would reward a naturalized citizen once they worked hard, learnt English, and started their lives anew. The information available to adult immigrants at this time seemed more focused on their individual lives and not on how state or federal government worked. This was especially confusing, since even in the 1920s and 1940s, the naturalization exam consisted of a civic component where the exam-taker’s knowledge of government and American history would be tested.

“Our American Way of Life,” an informative book published during the 1980s by the United States Immigration and Naturalization Service, proved very different from the books, pamphlets and readers published in the 1940s. This particular book had a lot of information about how America came to be. It had information on the War of Independence, the Emancipation Proclamation as well as the three branches of the Federal Government that I myself has been confused by until I read this book.

Unlike the readers I encountered before, “Our American Way of Life” moved beyond teaching new immigrants the simple basics of day-to-day American life. The book focused instead on American politics and history. It seemed aimed at an immigrant population different from the readers before. Where the previous material had viewed immigrants as simple workers and students aiming for a new life in a land of opportunity, “Our American Way of Life” seemed to consider them as politically charged actors with a real investment in how America worked and functioned.

In today’s world, America’s image as a land of opportunity, wealth and freedom has been rocked by recent developments of racial injustices, hard-lined extremist nationalist uprisings, sexual and gender discrimination as well as political scandals. Yet, in the eyes of the developing world, America remains a paradise due in large part to the export of American culture. Movies and television, as well as larger-than-life fantasies of New York City or Los Angeles contribute to an image of America, still, as a land where anything is possible. America’s identity then, as a welcome escape from poverty-ridden developing countries, remains intact.

This blog was researched and written by Senura Randeniye, a co-op student at HSP from Drexel University.