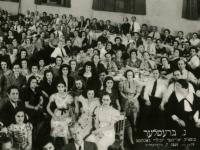 Labor
Religion
Founded in New York City in 1892 and federated as a national organization in 1900, the Workmen’s Circle (also known as Der Arbeiter Ring) is a Jewish fraternal organization active across North America. It was established by Yiddish-speaking immigrants from the Russian Pale of Settlement, many of whom asserted pro-trade union and socialist politics. Over its long history, the Workmen’s Circle has offered a variety of services to its members while advocating for social justice causes.
Composed of smaller branches, the Philadelphia chapter emerged in 1904. By the time World War I broke out, there were at least 10 branches in the city. Some were named after shtetl villages where many of the members emigrated from (Bialystoker, Rovner) or after famous Yiddish-speaking political activists (Morris Sigman, Vladimir Medem). Around this time, organizational activity between the branches primarily occurred in a structure on Reed Street in South Philadelphia that included an assembly hall and individual meeting rooms for each branch. The Workmen’s Circle shared the facilities with local Jewish trade unions and socialist organizations.
Following the war, the Philadelphia chapter followed the lead of its counterpart in New York City and launched schools where children learned Jewish history and Yiddish literature, helping to preserve the cultural heritage of Ashkenazi Jewish immigrants. Across the country, chapters offered insurance and various social benefits to its members, including life insurance, sick benefits, funeral and burial benefits, homes for the elderly, and facilities for individuals stricken with tuberculosis. They also promoted Yiddish theater and published Yiddish language periodicals that addressed major social and political issues.

Gathering at the Workmen’s Circle 50-Year Jubilee. Photograph. Workmen’s Circle Philadelphia District photographs, Historical Society of Pennsylvania.
In the 1930s, the Philadelphia chapter had 10 schools operating in the city, along with Camp Hofnung in Bucks County, a retreat that offered recreational activities for both children and adults. While the atrocities of the Holocaust reverberated throughout Europe, the Workmen’s Circle drifted closer to liberal Judaism and began offering war relief services and participating in war bond drives. The city’s branches helped resettle Holocaust survivors following the end of World War II. 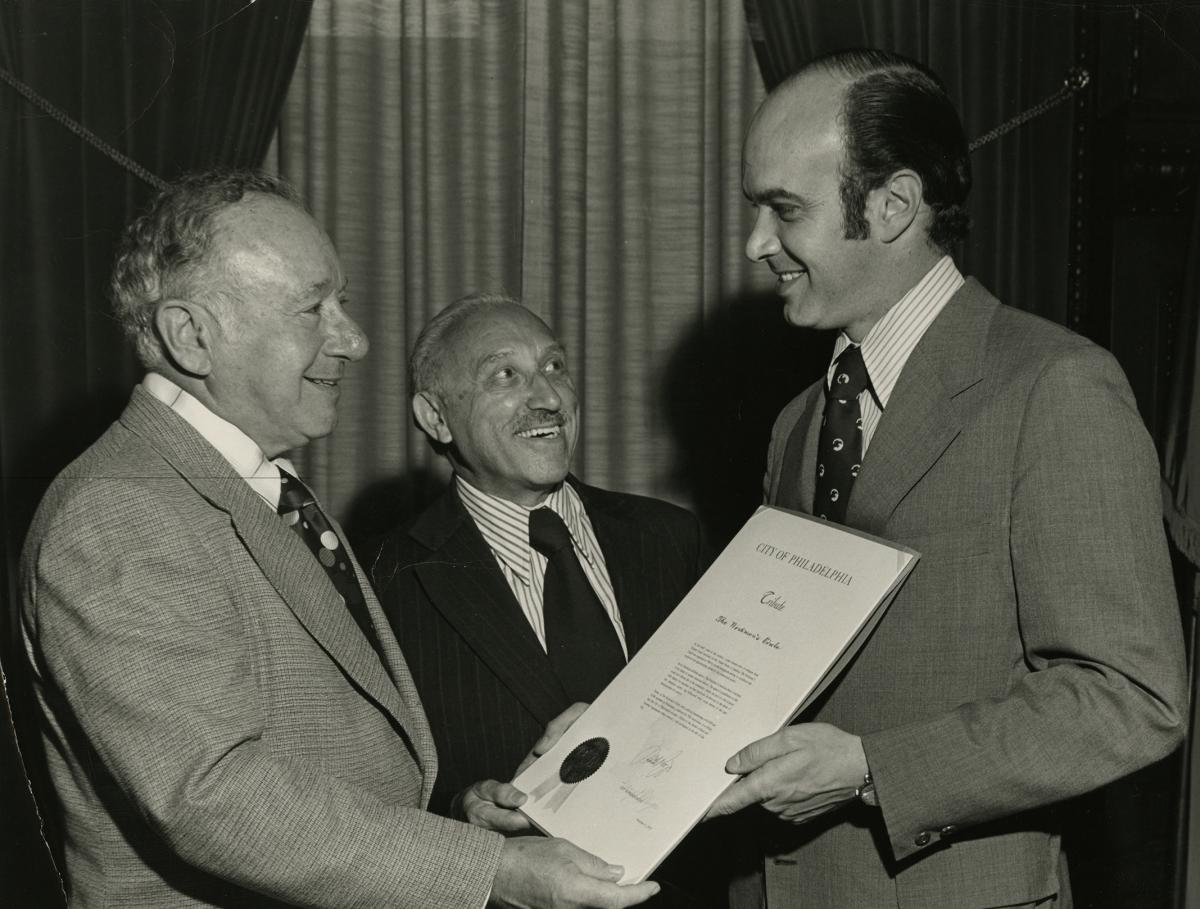 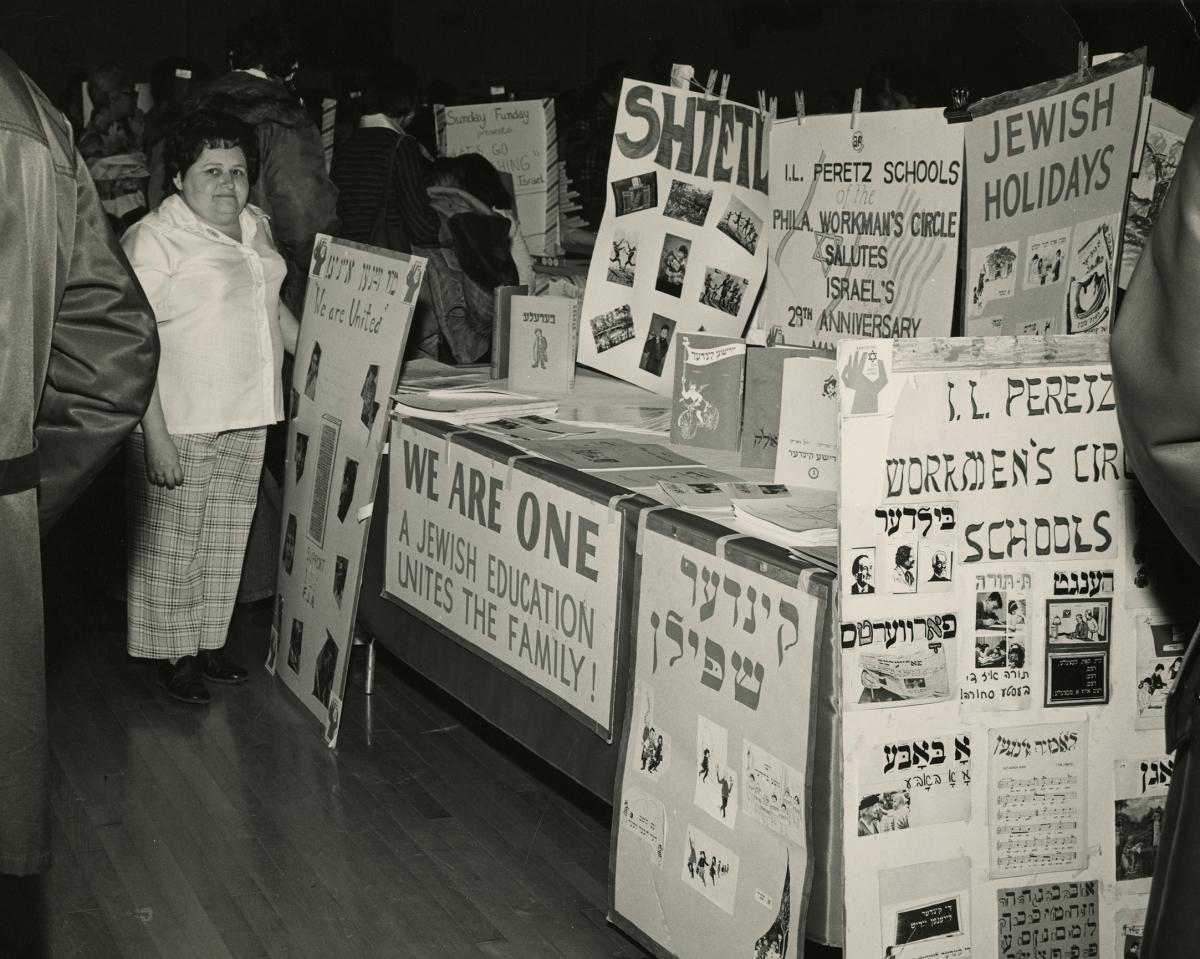