Abraham Lincoln Before the Emancipation Proclamation

Abraham Lincoln Before the Emancipation Proclamation 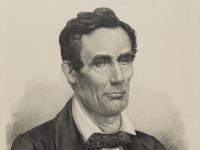 January marks the 150th anniversary of the Emancipation Proclamation, one of the most important documents in American history. Popular history often portrays Abraham Lincoln as the "Great Emancipator,” as most recently seen in the Stephen Spielberg film Lincoln. As a film review in the City Journal states, actor Daniel Day-Lewis “gives us Lincoln as we wish to see him.” The notion that Lincoln was an abolitionist who always wished to free African Americans from bondage is “fictory” rather than “history.”

On December 22, 1860, two years before the Emancipation Proclamation, Lincoln sent a private letter to Alexander Stephens of Georgia, future vice president of the Confederate States of America. He wrote: “Do the people of the South really entertain the fears that a Republican administration would, directly or indirectly, interfere with their slaves, or with them, about their slaves? If they do, I wish to assure you, as once a friend, and still, I hope, not an enemy, that there is no cause for such fears. The South would be in no more danger in this respect, than it was in the days of Washington.”

Lincoln also stated: “I will say…that I am not, nor ever have been, in favor of bringing about in any way the social and political equality of the white and black races…in favor of making voters or jurors of negroes, nor of qualifying them to hold office, nor to intermarry with white people…I as much as any other man, am in favor of having the superior position assigned to the white race….Send them to Liberia, to their own native land. But free them and make them politically and socially our equals? My own feelings will not admit this.”

Sidney George Fisher, a prominent Philadelphian, remarked in his diary on January 15, 1862 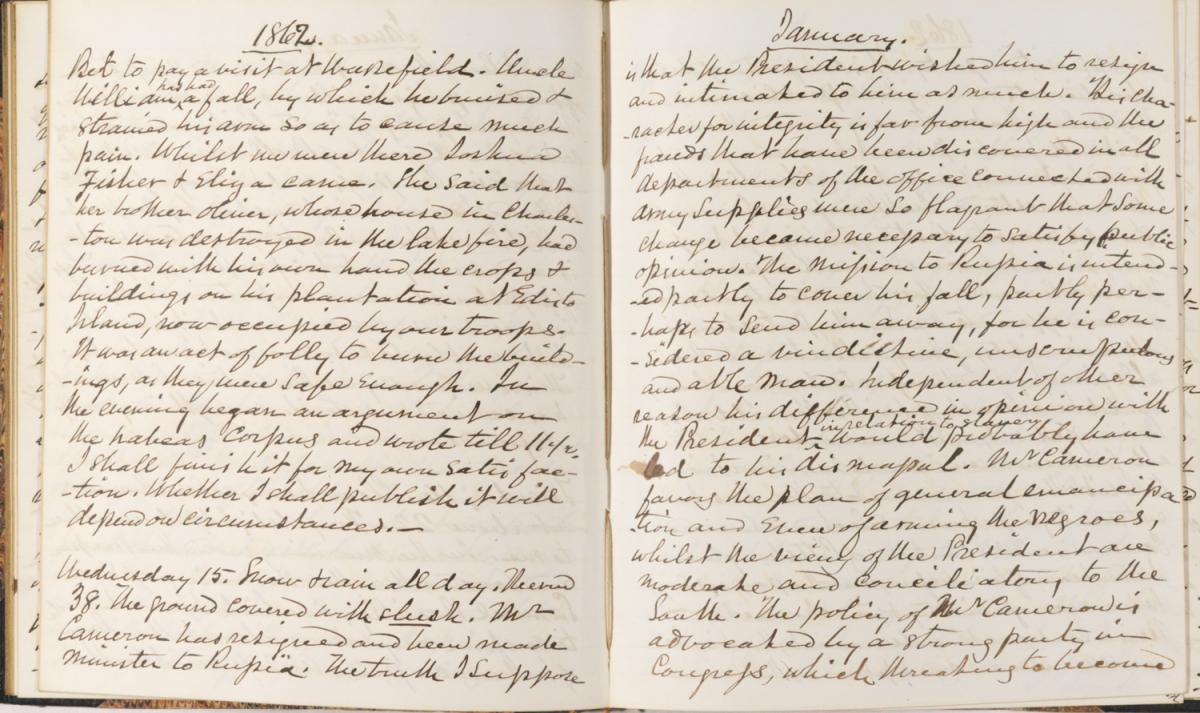 , that there were abolitionists within the Republican Party who were attesting “that as slavery caused the war, so it will forever prevent harmony and peace between the sections…therefore slavery should be destroyed by right of war…Mr. Lincoln, on the other hand, contends that we have offered to the South protection in all their rights if they will return to their allegiance, and therefore to destroy slavery would be a breach of faith.”

The military disasters of the Civil War caused Lincoln to change his policies in order to save the Union. On August 9, 1861, the New York Times recommended that the enslaved be emancipated as a war measure in order to end the conflict. However, once the Emancipation Proclamation was issued on January 1, 1863, it freed only those residing within the seceded states of the Confederacy. It did not free anyone residing in the border states of Kentucky, Missouri, Maryland, Delaware, or in certain sections of Louisiana, Virginia, and the entire state of Tennessee! The New York World on January 7, 1863, reported that President Lincoln “…has proclaimed emancipation only where he has notoriously no power to execute it.”

Northern sentiment on the subject was largely divided and remained so after the Emancipation Proclamation was issued. William Nelson Lanham of the 30th Illinois Infantry remarked: “When word was received of Lincoln’s freeing the slaves, many of the soldiers were ready to lay down their arms and return home…They didn’t like the idea of the Negroes being made freemen…I pleaded with them….that Lincoln’s attitude was the proper one to take…as a war measure. Anything to weaken the enemy was right I told them. They called me an abolitionist and heaped abuse upon me. Some of them even declared that, if we were going into battle, they would shoot me.”

Freedom for enslaved people did become a war measure and brought about many changes. There was a gradual reduction, at least among soldiers, in prejudice toward the recruitment of African American soldiers in the Union Army, and, most importantly, the eventual destruction of slavery. When discussing the Emancipation Proclamation or any part of history, it is important to examine all of the varied aspects, regardless of how events are portrayed by academia or Hollywood.