The Vigilant Committee and the Underground Railroad

The Vigilant Committee and the Underground Railroad 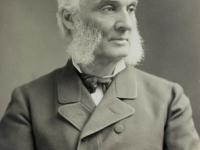 How has social disagreement and collaboration been beneficial to Pennsylvania society?
Why is time and space important to the study of history?

“Seeking Freedom in the Courts: The work of the Pennsylvania Society for promoting the Abolition of Slavery, and for the Relief of Free Negroes unlawfully held in Bondage, and for improving the Condition of the African Race, 1775-1865” from Pennsylvania Legacies.

1. Prior to beginning this activity, have students read the Legacies article entitled, “Seeking Freedom in Courts” in order to gain an understanding of the federal and state laws regarding slavery.

a. Students should create a timeline of these laws from 1780 through the Civil War based on the information presented in the article. The teacher may choose to assign this activity for homework.

2.      Begin class by creating a timeline on the board based on the information the students gathered from the homework assignment.

a.   It is important that students can define each law and assess its implications for the free black, fugitive slave, and general population of Philadelphia.  (Important laws to review include the Gradual Abolition Act of 1780, the Federal Fugitive Slave Act of 1793, Anti-kidnapping and Personal Liberty Laws and the Fugitive Slave Act of 1850.)

b. What role did the PAS play in the abolition of slavery? (If students completed the “Building a Movement” activity, this discussion should draw upon that knowledge.) Responses should include: legally challenged slavery through the courts, found loopholes in the laws, legally purchased the freedom of slaves, etc. The teacher might want to select a few legal cases the PAS handled from the background readings to give the students a sense of the particular legal scenarios that the PAS would have handled.

3.  Ask students to brainstorm other ways besides the legal measures undertaken by the PAS that slavery could be challenged in Pennsylvania.

b. What factors contributed to Pennsylvania’s active role in the UGRR? Responses might include geography, the vibrant free black community, the role of the PAS, etc.

4.  Introduce the Vigilant Association. Hand out the reading on Robert Purvis as well as the Vigilant Committee case study and worksheet.

a.  After students have completed the worksheet,individually or in pairs, discuss why Robert Purvis founded the Vigilant Association and what role the Vigilant Committee played.

b. What kind of assistance was provided and how did it compare to the assistance provided by the PAS?

c.   In their pairs, have students brainstorm some of the risks associated with the Vigilant Committee's activities. Student should consider how it protected itself and the individuals it assisted. After the pairs have thought of some answers, have each pair share their thoughts. The teacher should create a class list of all the answers.

Abolition: A movement calling for the prohibition of slavery

Antebellum: Refers to the period of time leading up to the Civil War

Compromise: A settlement of differences in which each side makes concessions

Conductor: A person who aided runaway slaves on the Underground Railroad

Fugitive slave: A slave who flees his or her master

Immoral: Violating the principles of right and wrong

Kidnapping: In the context of this lesson, stealing someone for the purpose of enslavement

Mulatto: A person of mixed race

Passing: In the context of this unit, to be accepted as or believed to be white

Resistance: The action of opposing something you disapprove of

Underground Railroad: A network or system of transportation, communication and support that secretly operated to help slaves escape from the southern slave-holding states to the free states of the North or to Canada

Anti-Kidnapping and Personal Liberty Law: The Anti-Kidnapping laws were laws  that made it more difficult for African Americans to be removed from the state of Pennsylvania under false pretenses. The Personal Liberty Laws passed by several states in the North were designed to ensure the safety of freedmen and escaped slaves without employing the controversial tactic of nullification.

Federal Fugitive Slave Act of 1793: Guaranteed the right of a slaveholder to recover an escaped slave. The law put fugitive slaves at risk for recapture all their lives.

Fugitive Slave Act of 1850: Declared that all runaway slaves were, upon capture, to be returned to their masters.

Gradual Abolition Act of 1780: Passed by the Pennsylvania Legislator further prohibiting the future importation of slaves into the state. Also required slaveholders to annually register their slaves and established that all children born in Pennsylvania regardless of race were free persons.

Unit Plan:
The Vigilant Committee and the Underground Railroad

The lessons on the "Vigilant Committee" and the "Cost of Caring" were created by Jennifer Coval and the lesson on "The Underground Railraod" book and reviews was created by Alicia Parks, Wells Fargo Education Manager. Updated for SAS by Philip McCarthy, Education Intern, Historical Society of Pennsylvania.