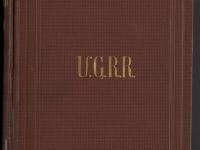 This lesson examines the reviews and preface of William Still’s book, "The Underground Railroad." The book was published in 1872 based upon journals Still kept while helping fugitive slaves. The advertisement used in this lesson documents the reaction by prominent abolitionists and press. The reviews show the importance of the book and highlight the emotions of individuals and the press toward the legacy of the Underground Railroad less than a decade after the Civil War ended.

The reviews are written by men such as William Lloyd Garrison, and newspapers, such as the Philadelphia Inquirer. They illustrate respect from the community for William Still’s work and contribution to the Underground Railroad efforts. In addition to history, this lesson will ask students to look at the way the reviews and advertisements are marketed to persuade readers and will help students learn how to write persuasively themselves.

How has social disagreement and collaboration been beneficial to American society?
Why is time and space important to the study of history?

2. After covering background knowledge of the topic, hand out the vocabulary sheet. Pick and choose the vocabulary needed from the list below, and together as a class, fill in the definitions as needed for students to use while reading the “Preface” and the reviews.

3. Have students read the “Preface” to William Still’s book, The Underground Railroad. Discuss with students the descriptive language used to describe the modes of escape as well as the importance of freedom. For example, he describes many methods for escaping and makes the sweeping statement that the passengers of the Underground Railroad were “physically and intellectually above the average order of slaves.” Make sure to include Still’s ultimate goal, that the narratives would help more families find each other, and how he came up with the idea after his brother, Peter Still, was reunited with his family.

i. Did the preface persuade you to want to read further, why or why not?

ii. Why do you believe Still chose to focus on the perils of helping fugitive slaves?

4. Next, have students look at the front page of the reviews. Students should observe the overall design as well as the words that are meant to grab the reader’s attention. Discuss the marketing techniques, such as the descriptive words and pictures.

a. Ask the following questions:

i. Why do you believe William Still choose the picture of Henry Box Brown for the cover page?

ii. What point do you think Still is trying to convey through the title? What words stand out the most?

iii. What was the significance of William Still exposing himself as the publisher at the bottom of the front page? (Note: The original book was published by Porter and Coates, but all subsequent editions were published by Still)

5. Once students understand the marketing techniques used to grab the reader’s attention, have them read the reviews inside and highlight the descriptive words describing slavery such as “terrible despotism,” “peculiar institution,” and “dead system.” Then, circle any positive language to describe Still and the Underground Railroad book such as “simple, ingenuous, straightforward manner,” “pleasure and pride,” and “trustworthy.”

a. If you do not have time for the students to read all the reviews, it is suggested that they at least read the reviews by individuals. Then from the press section, have them read, “The Philadelphia Inquirer,” Henry Ward Beecher, “The Christian Recorder” from Philadelphia, and the “Daily Evening Bulletin” from San Francisco.

6. Discuss with the class the ideas and opinions held by the reviewers. Explain to students that these are the personal opinions of the reviewers and come with their own bias. Many of them talk about how slavery is now over, yet many former slaves continued to be oppressed through black codes after the Civil War.

a. Questions for discussion:

i. How do William Lloyd Garrison and Henry Ward Beecher see slavery based on their reviews? What do they hope the public will gain from reading the book?

ii. Read over the review by Henry Furness who said that slavery is “no more.” Does this acknowledge that there is still injustice?

iii. What events after the Civil War stopped true equality from happening? What kind of injustice still existed?

iv. Read the review by Levi Coffin, a Quaker, and discuss how his review is a great example of bias. What do you notice that is different about Coffin’s language and how does his own personal bias/ego show in his writing?

v. Compare and contrast the personal reviews to the press reviews. How is the language different? Do they refer to Still and the Underground Railroad in the same way?

vi. Choose two reviews for students to compare and contrast the ideas. What is similar, yet different, especially regarding the legacy of slavery and the Underground Railroad and how the review acknowledges Still?

7. As a final assessment, ask students to write their own persuasive review. The review can reflect something they are curently reading as a class or it could be for their favorite TV show, book, movie, etc. The final product should contain a graphic element to go along with the review.

Abridgements: A shortened form of something.

Actuated: To cause something to act a certain way.

Compliance: Doing what you were asked or ordered to do.

Conveyance: Carrying something, either goods or words, from one place to another.

Equivocate: Avoid committing yourself to what somebody says or a belief.

Hydra-headed: Multiple layers that are all different, but tied to the same thing.

Omissions: Something that is not included.

Penitentiary: A state or federal prison in the United States.

Posterity: Remembering something for future generations.

Privations: State of being deprived, lacking what is needed.

Rendered: To give something to someone.

Scrupulous: Very careful to do something correctly.

Tyrannizing: Holding oppressive or severe power over something.

Unparalleled: Never seen or experienced before.

Yoke: An oppressive burden. Something holding somebody in servitude.

Abhorrence: Disliking somebody very much.

Apathy: Not much emotion or interest.

Circumventing: To avoid or get around something.

Commend: To praise somebody in a public way.

Conspicuous: Easy to see or notice.

Despotism: Form of government where ruler has absolute power.

Drab: Cloth, or ojbect, of a dull color.

Interposed: To place something between two people or to interrupt.

Posterity: To save for future generations.

Pretentious: A quality of people who want to be regarded as more successful or important than they really are.

** All definitions can be found at http://www.merriam-webster.com

Unit Plan:
The Vigilant Committee and the Underground Railroad

The lessons on the "Vigilant Committee" and the "Cost of Caring" were created by Jennifer Coval and the lesson on "The Underground Railraod" book and reviews was created by Alicia Parks, Wells Fargo Education Manager. Updated for SAS by Philip McCarthy, Education Intern, Historical Society of Pennsylvania.