Finance Industry Veteran Eric W. Noll elected as Chairman of the Board

Finance Industry Veteran Eric W. Noll elected as Chairman of the Board 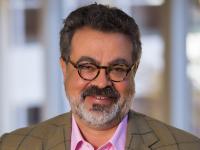 Philadelphia, PA (October 21, 2019) – The Historical Society of Pennsylvania is pleased to announce the election of Eric W. Noll in the role as Chairman of the Board. He was elected today at the 195th Annual General Meeting.

Noll most recently served as the interim president of Franklin and Marshall College in Lancaster, PA. A recognized industry leader in market structure and innovation, Noll has also served as the president and chief executive officer of ConvergEx Group, executive vice president of transaction services at NASDAQ, and managing director at Susquehanna International Group. Noll works as a regular speaker, board member, advisor, and expert in regulatory matters. He has testified before the United States Senate and House of Representatives to guide policy on market structure, equity trading, and ETF trading. Noll also is a frequent on air contributor for CNBC, Bloomberg TV, and Fox Business; and has been profiled in numerous publications including The Wall Street Journal, Reuters, Money Magazine, and the Financial Times.

“Eric Noll brings a consistent record of success and expertise at the highest levels of global business,” said Charles T. Cullen, president and CEO of HSP. “We’re pleased to have his strategic vision and executive acumen on our leadership team.”

The Historical Society of Pennsylvania is a provider of education and information for the people of Philadelphia and beyond. With over 21 million documents—including manuscripts, graphics, and ephemera—HSP serves more than 4,000 on-site researchers annually and millions more around the globe who use its resources online. HSP offers extensive online resources including digital collections and curricular materials, and it hosts educator workshops, public programs and lectures throughout the year. HSP is also a primary center for the documentation and study of ethnic communities and immigrant experiences, and one of the largest family history libraries in the nation. For more information, visit http://www.hsp.org