PHILADELPHIA, PA - The October 2016 issue of the Pennsylvania Magazine of History and Biography (PMHB), "Immigration and Ethnicity in Pennsylvania History," has now been published.

How do people from different cultural backgrounds and identities coexist, interact, and flourish together, and on what terms? In this special issue of the Pennsylvania Magazine of History and Biography, we bring together scholars of Pennsylvania history to revisit some of these questions using current approaches to immigration and ethnicity.

The issue is FREE to read online through December 16! 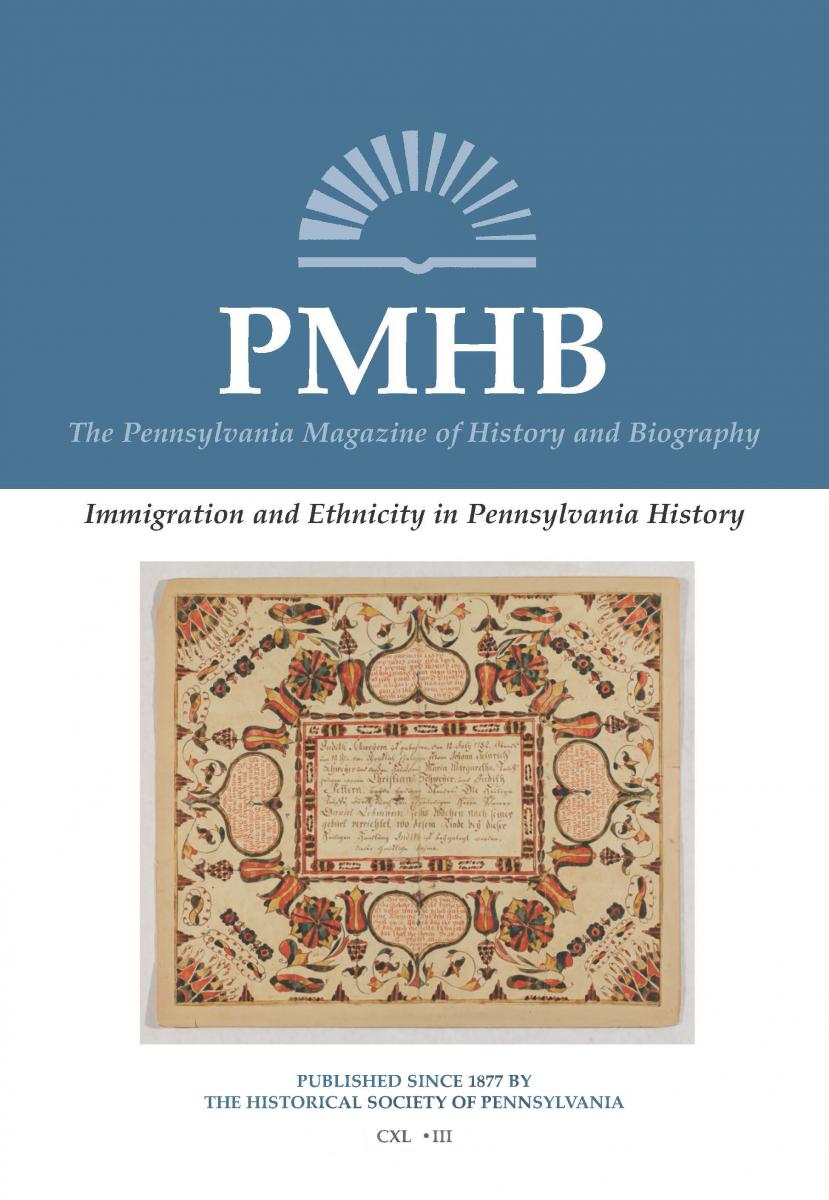 Identifying and Mapping Ethnicity in Philadelphia in the Early Republic | Billy G. Smith and Paul Sivitz

The Pennsylvania Magazine of History and Biography (PMHB), HSP's scholarly magazine published since 1877, is one of the country's most prestigious state historical journals. PMHB is a benefit for Friends of HSP members and is also available to individual and institutional subscribers in print & digital formats.

Online access to the full run of PMHB, from 1877 to the present, is available on JSTOR to subscribers and to Friends of HSP at the Patron level and avove. Visit hsp.org/publications for more information.

Beginning in 2016, PMHB has moved to a new schedule. The journal will now be published three times per year – in January, April, and October – allowing PMHB staff to produce a special topical issue each year.