“It was like the police were vampires and Barbara’s ACLU card was the crucifix.”

Printer-friendly version
Home › Blogs › Fondly, Pennsylvania › “It was like the police were vampires and Barbara’s ACLU card was the crucifix.”

“It was like the police were vampires and Barbara’s ACLU card was the crucifix.” 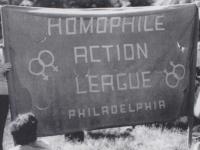 “What is the birth of a movement? What is the movement before we know what it is?”

Playwright Ain Gordon began HSP's program, Before Stonewall: The Gay Pride Movement in Philadelphia, by posing this question to the audience.

A part of HSP's An Artist Embedded project, the program turned out to be an intimate evening wherein the audience felt free to interject and share their own experiences. Many in the audience were individuals active in LGBTQ advocacy in Philadelphia in the 1960s and 1970s. 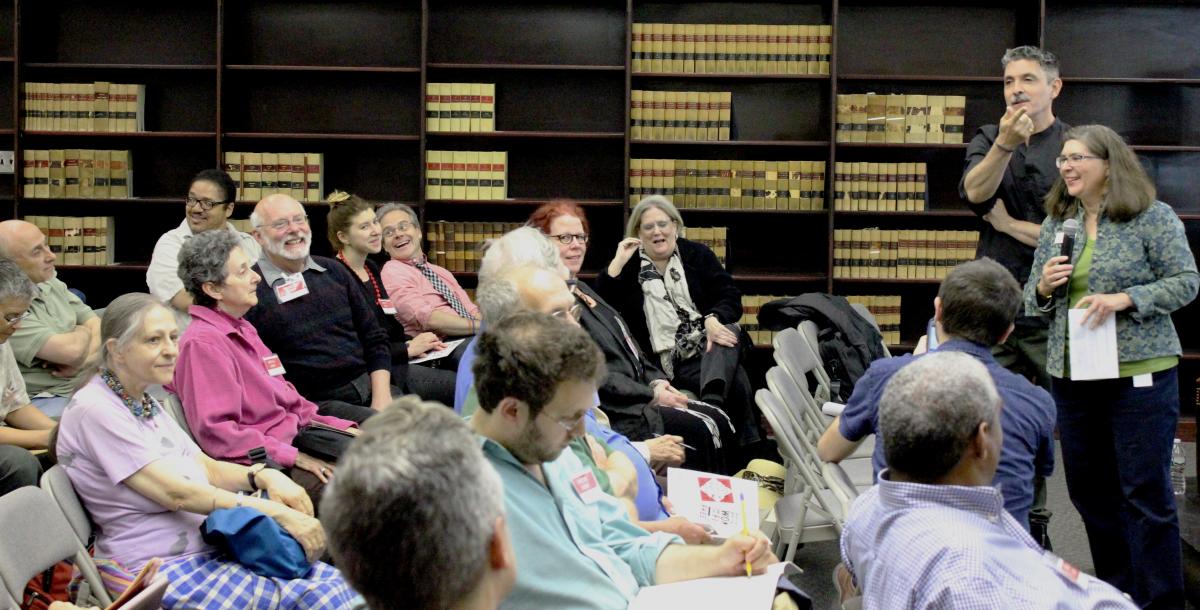 Ain Gordon and the audience share a pre-show laugh.

Joining Ain were Bob Skiba, archivist of the John J. Wilcox Jr. LGBT Archives at the William Way LGBT Community Center, and Ada Bello, one of the founding members of the Philadelphia chapters of the Daughters of Bilitis and the Homophile Action League.

Skiba, who is also the curator of the new Speaking Out for Equality: The Constitution, Gay Rights, and the Supreme Court exhibit at the National Constitution Center (NCC), got the ball rolling with a look at the history of gay activism and advocacy from the 1950s onward.

He focused on the Reminder Day picket, an LGBTQ demonstration that began here in Philadelphia just outside Independence Hall on July 4, 1965. Considered the first organized, recurring gay rights demonstration in the country, Reminder Days were meant to remind heterosexual, mainstream Americans that LGBTQ citizens were not satisfied with their achingly limited civil rights. 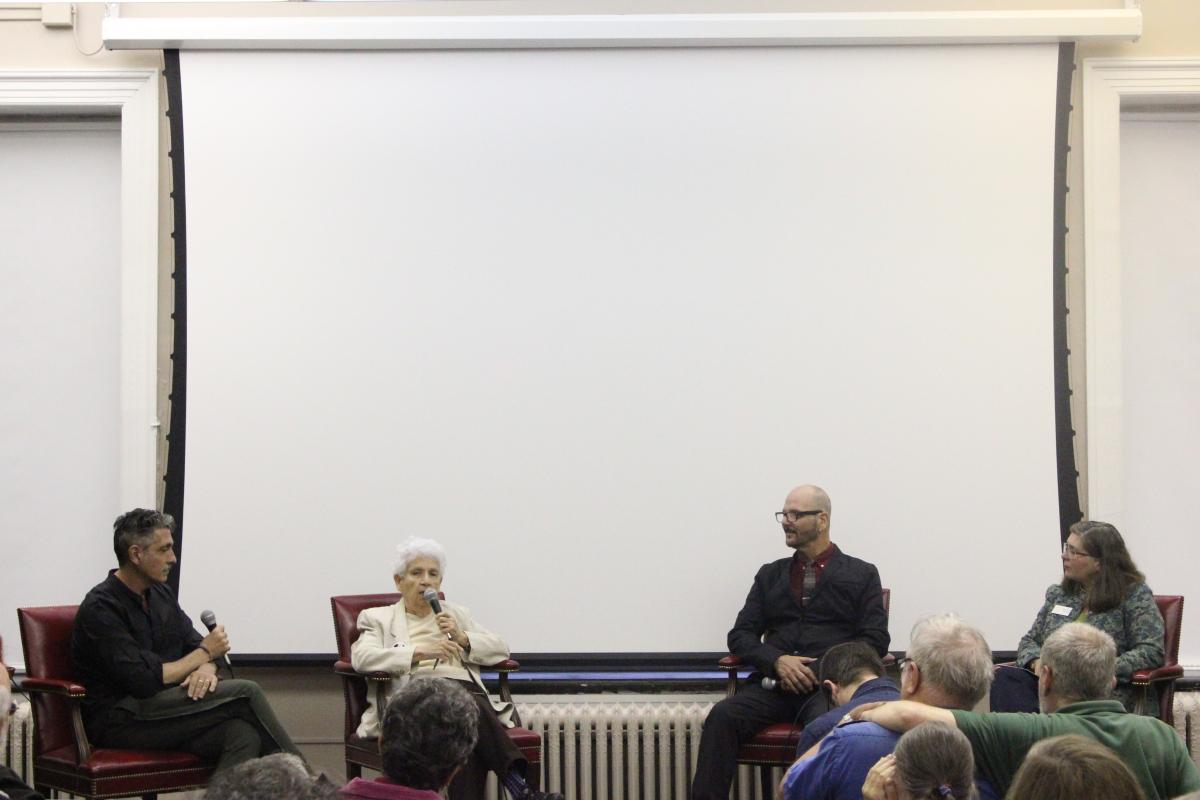 Subsequent Reminder Days included demonstrations at the Liberty Bell, another poignant location in the landscape of American history. The new exhibit at the NCC commemorates the fiftieth anniversary of the first Reminder Day picket, which will be celebrated city-wide on July 4, 2015.

“They knew Independence Hall, the Liberty Bell, were the exact right symbols and venue to discuss the Constitution, and what we mean by rights, and what we mean by equality. All of those things are embedded in the symbols right here in Philadelphia, where our country, where our government, was born,” explained Skiba. He  argued that these Reminder Day pickets were one of the galvanizing events for the early LGBT rights movement.

Ada Bello, a founding member of the Daughters Of Bilitis Philadelphia Chapter, participated in the 1969 Reminder Day picket. Her firsthand account described the influence of the Reminder Day pickets and how they acted as watershed moments for LGBTQ activism. 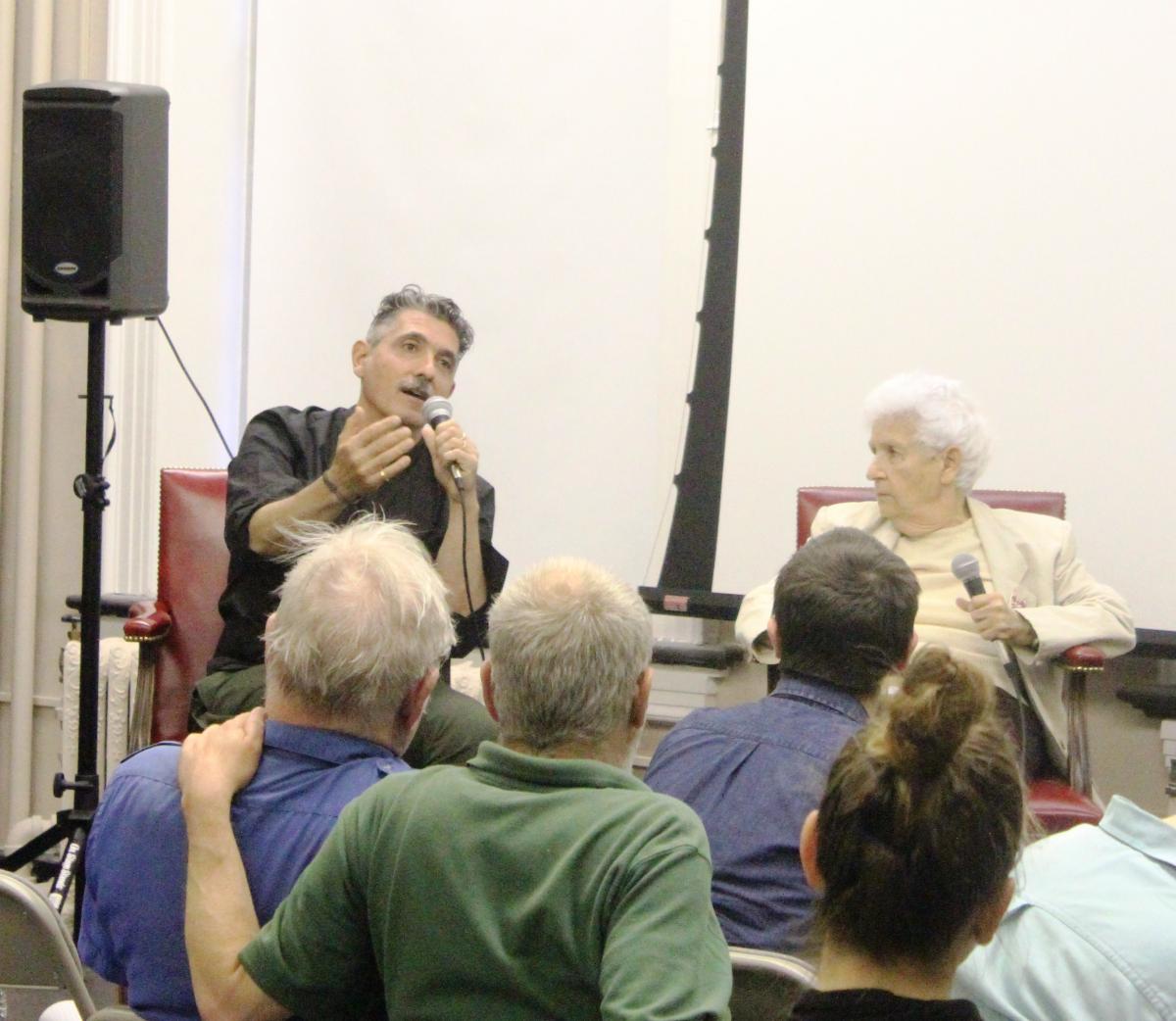 Ain and Ada discuss the struggles of American gays and lesbians living during the 1960s.

“Seeing homosexuals demanding rights, [instead of] seeking to be cured, gave a lot of gay people the idea that they should be proud,” said Bello, who shared her insights and experiences with the audience on what it was like to be an immigrant lesbian in Philadelphia in the 1960’s and 70’s.

Bello recalled the constant danger of discovery and deportation, describing an experience in which prominent LGBTQ activist Barbara Gittings saved her from Philadelphia’s police. At the time Bello was still not an official U.S. citizen, making her especially vulnerable to bigots with badges.

“It was like the police were vampires and Barbara’s ACLU card was the crucifix,” she joked.

The evening ended with conversation between the panelists and the audience. Many shared their own experiences of being gay in Philadelphia in a time before Stonewall. One especially poignant observation came from an audience member who remembered the optimism and laissez-faire glee of the 1970’s, and the horrifying comedown when the AIDS crisis reared its ugly head in the 1980’s.

“The arc of history bends back and forth,” he observed. “And we are always forced to keep working.”